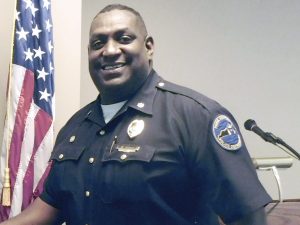 In a meeting of the Paris Police Chief search committee on Wednesday it was unanimously agreed to recommend that Assistant Police Chief, Myron Thomas, be promoted to the Police Chief’s position. Thomas has been Acting Police Chief since the retirement of Butch Best.

The committee has been reviewing candidate applications in recent meetings and according to Human Resource Director, Erin Morton, had reduced the number of applicants to be considered to four. The recommendation of Myron Thomas will be presented to the Paris Commission for their action on Tuesday, February 25 at a regular Commission meeting.