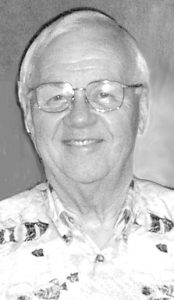 Day led the Colonels for 25 seasons where they won 10th Region titles in 1980 and 1984. During that 1983-’84 season, Day and Bourbon County made a run all the way to the State Championship game where they fell 83-70 to Logan County. Day also coached at Millersburg Military Institute from 2003-’06 where he led the team to a number 11 National Ranking. Bourbon County later named the court in Russ Day’s honor.

There was a lot of outpouring from the school and those who knew him after his passing.