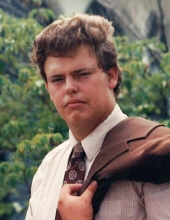 A native of Paris, KY, he was the son of Dona Tipton (Ricky) Roe and the late Gary Yazell, Sr..  Paul was a retired employee of Claiborne Farms and a 1986 graduate of Paris High School where he played football.  He attended the Grace Baptist Church, Winchester, KY and loved fishing and bowling.

In addition to his father, he was also preceded in death by his grandparents, Calvin and Norla Tipton and Leonard Randolph and Jane Yazell; two aunts, Janice Tipton and Susan Hutchison and one stepsister, Michelle Williams.

The family has elected to hold a private service at Lusk-McFarland Funeral Home for immediate family only, in remembrance of  Paul Andrew Yazell.  Out of respect for the Governor’s request for no gatherings over 10 people, we want to do our part to respect all people of Kentucky as well as pay tribute to the beloved Paul Yazell.

The online guestbook and the live stream of the funeral service is at www.Lusk-McFarland.com and a 24 hour funeral information line can be reached by calling 859-987-4387.