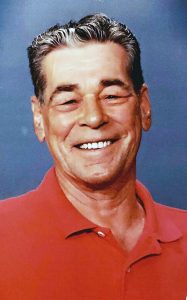 Ellis Simon Warren Sr, was born January 3rd, 1930 in Waterbury, CT and passed away May 30th, 2020 in Huachuca City, AZ.  He grew up in Watertown, CT and was drafted into the Army in 1952 serving in South Korea. Afterwards he chose a full active duty career which included numerous tours in Germany and stateside.

Ellis served two tours in South Vietnam as an advisor for MAC-V.  From Jan 1966 – Jan 1967 and again Oct 1970 – Oct 1971.  During his duty in combat he was awarded the Bronze Star with “V” device for Valor and two Oak Leaf Clusters denoting multiple awards plus a Meritorious Unit Citation.  He was awarded the Vietnamese Cross of Gallantry with Silver Star and Palm, the Vietnam Service Medal with 3 stars, Vietnam Campaign Medal, Vietnamese Staff Service Citation, and the Vietnamese Tank Badge.

Ellis earned the Combat Infantryman’s Badge, he was also awarded the Meritorious Service Medal with one Oak Leaf cluster, the Army Commendation Medal, and the Good Conduct Medal with 3 Silver Knots denoting 24 years of service integrity, and the National Defense Service Medal.

Ellis retired after 25 years of faithful service to the Nation as a First Sergeant, E-8 on the Sergeants Major list.  An old Cavalryman, Ellis will forever be remembered as “Top” Soldier or “Topper”.