“I will start by telling you one of the most exciting things about our COVID report is that today we are now under a 4% positivity rating,” the Governor said. “That is moving in the right direction at a time when we are giving guidance, especially to school systems, about how to at least get back to a hybrid model starting on Sept. 28.”

‘The Fast 4 at 4’
Gov. Beshear on Tuesday highlighted a variety of issues of importance to Kentuckians and the commonwealth.

Case Information
As of 4 p.m. Sept. 15, Gov. Beshear said there were at least 58,000 coronavirus cases in Kentucky, 745 of which were newly reported Tuesday. Ninety-five of the newly reported cases were from children ages 18 and younger, of which 15 were children ages 5 and under. The youngest was only 27 days old.

“While those are more cases than we would like to see based on significant tests and testing that we are continuing on our day-to-day basis, our positivity rate is now under 4% again, just barely,” the Governor said.

As of Tuesday, there have been at least 1,068,026 coronavirus tests performed in Kentucky. The positivity rate was 3.97%, and at least 10,962 Kentuckians have recovered from the virus.

For additional information, including up-to-date lists of positive cases and deaths, as well as breakdowns of coronavirus infections by county, race and ethnicity, click here. To see all recent daily reports, click here.

Information about COVID-19 and schools is also being made available. To view the reports, click here for K-12 and here for colleges and universities.

Opioid Funding
Gov. Beshear and Eric Friedlander, secretary of the Kentucky Cabinet for Health and Family Services, discussed on Tuesday a $35.4 million federal grant that will support the continued work of the Kentucky Opioid Response Effort (KORE).

The grant money was awarded to the Department for Behavioral Health, Developmental and Intellectual Disabilities and will advance the KORE’s mission. This is a two-year State Opioid Response (SOR) grant awarded by the Substance Abuse and Mental Health Services Administration.

“Kentucky is committed to ending the opioid epidemic through establishing a comprehensive, compassionate, and science-based approach to prevention, treatment and recovery services,” the Governor said. “Like many Kentuckians, this issue is personal for me, and I fully understand the devastating impact opioids have on individuals, families, our health care system and economy. SOR federal dollars have given us much needed support to address this epidemic at the community level. It’s making a tremendous difference.”

The key initiatives the funding will help are increasing access to medications for opioid use disorder treatment, reducing unmet treatment needs and overdose deaths and expanding capacity to address stimulant-related deaths.

“Opioid use disorder is not a moral failing. It is a health issue and a highly treatable one when individuals have access to evidence-based services, medication and long-term care,” said Secretary Friedlander. “While addiction is a chronic and complex brain disorder, many Kentuckians are recovering from substance use disorder – every day. With this continued support, we are able to help even more people and communities across the state.”

For more information and to read the full news release on the SOR award, click here.

In addition, the Department for Aging and Independent Living (DAIL) was awarded a $999,999 Innovations in Nutritions Programs and Services grant. This money will help senior centers plan for emergencies and disaster planning.

“The global pandemic has impacted senior centers’ ability to provide meals to those who depend on them,” said Secretary Friedlander. “However, interruptions are more likely to be caused by emergencies of other types, including weather. Seniors who receive what can sometimes be the only meal of the day are greatly impacted if they can’t get food for any reason, whether it’s snow, ice, floods or tornadoes.”

For more information and to read the full news release on the DAIL award, click here.

Bars and Restaurants
Gov. Beshear said Tuesday that the state has slightly eased regulations on bars and restaurants to push back last call and operational hours.

He said restaurants and bars now will be allowed to have last call at 11 p.m. and close at midnight, both an hour later than under previous guidance.

“That was a specific request from those in the restaurant industry. We thought it was reasonable,” the Governor said. “But again let’s make sure that whether you’re in that industry or another industry, with rules and regulations that you are trying to do it right and are not trying to find a way to get around it. That not only hurts you and your facility and the people that come to it, but it hurts everybody around as well.”

More Information
Read about other key updates, actions and information from Gov. Beshear and his administration at governor.ky.gov, kycovid19.ky.gov and the Governor’s official social media accounts Facebook, Twitter and YouTube.

Pfizer vaccine offered to students 12 years of age and older 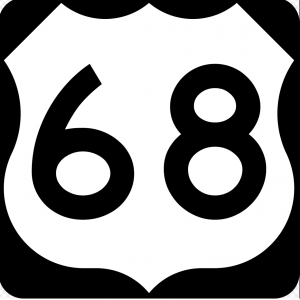