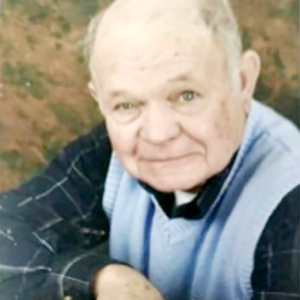 Robert Wallace Herndon, 83, husband of Ruth McCall Herndon for 59 years, died Monday, September 14, 2020 at the St. Joseph Hospital, Mt. Sterling, KY.
A native of Paris, KY, he was the son of the late George W. Herndon, Sr. and Flossie Allen Herndon.  He was retired from Steel Construction, a veteran of the United States Navy and enjoyed vacations with his family and fishing.  He also received the key to the city of Litchfield, Massachusetts for saving the mayor’s life.
In addition to his wife, he is survived by three children, Keith (Jason Livingood) Herndon, Angela Herndon and Ryan Herndon; four grandchildren, Ashleigh (Ethan) Doyle, Makala Lowe, Robert Keith Lowe and Bailey Craig and a number of cousins.
In addition to his parents, he was preceded in death by one brother, George Herndon, Jr.
Funeral services will be conducted at 1:00 PM Thursday, September 17, 2020 at Lusk-McFarland Funeral Home, 1120 Main St., Paris, KY by Bro. Bobby Tackett.  Burial will be in the Paris Cemetery.
Visitation will be from 11:00 AM until the time of service on Thursday, September 17th at the funeral home.
Pallbearers will be Timmy Howard, Jason Livingood, Wayne Brown, Ron Proffit, Doug Robinson and Riley Caudill.
The funeral arrangements were entrusted to the Lusk-McFarland Funeral Home, 1120 Main St., Paris, KY.
The online guestbook is at www.Lusk-McFarland.com and a 24 hour funeral information line can be reached by calling 859-987-4387.