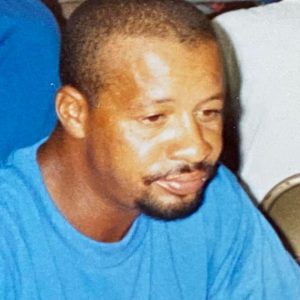 Odell Reed Cosby, Sr., 64, died Thursday, October 15, 2020 at the Bourbon Community Hospital, Paris, KY.
A native of Mt. Sterling, KY, he was the son of Laura Franks and the late Raymond Cosby.  He was a construction worker and landscaper.  He loved watching sports, especially the Cleveland Browns, track and field and basketball.  He also liked to fish.  He was a member of Zion Baptist Church, Paris, KY.
In addition to his mother, he is survived by three children, Eddy Oliver Cosby, Bryson Cosby and Odell (Rachel) Cosby, Jr.; four grandchildren, Ava Grace Cosby, Riah Oliver, Braxton Oliver and Sagen Oliver; one brother, Rodney (Mary) Cosby, Sr.; two sisters, Laine (Marvin) Haggard and Seleste Rice; a host of nieces and nephews, aunts, uncles, friends and a special friend, Anna Do (Duc Ho).
In addition to his father, he was preceded in death by a stepfather, Robert Franks; one brother, Larry Thomas Cosby and one brother in law, Robert Rice and a nephew, Larry “Bugs” Myers.
There will be a memorial service at 1:00 PM Friday, October 23, 2020 at Lusk-McFarland Funeral Home, 1120 Main St., Paris, KY by Rev. Gerald Dodge.
Visitation will be from 11:00 AM until the time of service on Friday, October 23rd at the funeral home.
The funeral arrangements were entrusted to the Lusk-McFarland Funeral Home, 1120 Main St., Paris, KY.
The online guestbook is at www.Lusk-McFarland.com and a 24 hour funeral information line can be reached by calling 859-987-4387.