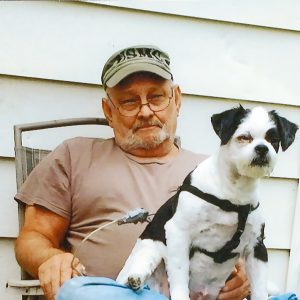 Wayne D. Vastine, 73, widower of the late Doris Jean Freeman Vastine, died Saturday January 16, 2021 at the Baptist Health Hospital, Lexington, KY.
A native of Covington, KY, he was the son of the late William Vastine and the late Clara Chapman Huffman.  He was a retired contractor specializing in old home renovations.  Wayne was a member of the Masonic Lodge 746 in Latonia, KY, was a fan of NASCAR and loved his companion dog Piper.
He is survived by seven children, Darrell Vastine, Jeremy Vastine, Ronnie Huff, Debbie Smith, Tommy Huff, Kim Huff and Bonnie Atkins.; sixteen grandchildren; several great grandchildren; several great great grandchildren;  two sisters, Betty Wolfe and Phyllis Steinhauer and a host of nieces, nephews and cousins.
In addition to his wife and parents, he was also preceded in death by a son, Bill Howard and a sister, Louise Ross.
A memorial service will be conducted at 1:00 p.m., Saturday, January 23, 2021, at the Lusk-McFarland Funeral Home, 1120 Main St., Paris, KY by Kim Davis.
Visitation will be from 12:00 p.m., until the hour of service at the funeral home.
The funeral arrangements were entrusted to Lusk-McFarland Funeral Home, 1120 Main Street., Paris, KY 40361.
The online guestbook is at www.Lusk-McFarland.com and a 24 hour funeral information line can be reached by calling 859-987-4387.