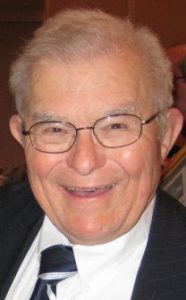 Albert Perrine Smith, Jr., a noted Kentucky journalist, public citizen and co-founder of the Institute for Rural Journalism and Community Issues (publisher of The Rural Blog), died peacefully Friday, March 19 at home in Sarasota, Florida. He was 94.

Smith, who was born in Sarasota and grew up in Hendersonville, Tenn., once owned seven weekly newspapers in Kentucky and Tennessee. For 33 years he was the host and producer of Kentucky Educational Television’s “Comment on Kentucky,” the longest running public-affairs show on a PBS affiliate, taking leave in 1980-82 to serve as federal co-chair of the Appalachian Regional Commission for Presidents Carter and Reagan.

After selling his newspapers in 1985, Smith broadened his civic work. He and his friend Rudy Abramson, who died in 2008, thought up the Institute for Rural Journalism in the late 1990s, and he persuaded his onetime intern, Hodding Carter III, to take it past the study stage with a grant from the John S. and James L. Knight Foundation, which Carter headed, to the College of Communication and Information at the University of Kentucky. He was chair emeritus of the institute’s Advisory Board. He was a charter member of the Kentucky Journalism Hall of Fame and a fellow of the national Society of Professional Journalists, and former chairman of the Kentucky Arts Commission and former president of the Kentucky Press Association.

At 15, Al beat out 100,000 contestants to win the American Legion’s national oratorical contest. He traveled the country for a year speaking to raise money for the war effort. After high school, he proudly served stateside in the Army during World War II. He attended Vanderbilt University (spottily) before beginning his journalism career in New Orleans, where he was an editor and reporter for two daily papers. Though his 10 years in New Orleans were colorful and fueled a lifetime of stories, alcoholism derailed his career there. He relocated to Russellville, Kentucky, where he became the editor of The News-Democrat, and quit drinking in 1963. He went on to accompany countless others to Alcoholics Anonymous meetings and was a “friend of Bill W.” for 58 years.

In 1966, he met his future wife, Martha Helen. They married in 1967. The next year, he left the News-Democrat to start his own weekly, The Logan Leader, and soon purchased The News-Democrat. Through the 1970s, Smith was editor and publisher of the Russellville papers, and with partners acquired other weeklies. The papers took strong stands on public issues, particularly education. In 1974, he began a broadcasting career, hosting “Comment” on Friday nights. The show featured a panel of Kentucky journalists discussing and analyzing that week’s news and soon became popular.
In the 1970s and 80s, Al became involved in several statewide public-service organizations. He was founding chair of the Kentucky Oral History Commission and chaired both Leadership Kentucky and the Shakertown Roundtable, a forum on challenging issues facing Kentucky. He hosted and produced a daily radio show, “Primeline,” from 1990 to 1996, and wrote two books, Wordsmith and Kentucky Cured. He was always an advocate for rural journalism, as noted in this sidebar.
Smith’s greatest legacy was the many people he helped along the way. He mentored younger journalists and others who crossed his path. He was a kind, generous man and a wonderful (if long-winded) storyteller, with a Shakespearean grasp of political foible and triumph. His curiosity was more than a journalist’s quest for a story; it was a wider curiosity that reflected his love for humanity and its condition. That quality brought him a wide circle of friends from all walks of life. He loved his family, Kentucky, political stories, his dogs Chloe and Coco, chocolate and Willie Nelson. Fats Waller’s “Your Feet’s Too Big” transported him to the snowy rifle range at Fort Sill, Okla., or to New Orleans, where he loved the food, the music and the people.

Smith received honorary doctorates from the UK and eight other colleges and universities. He was a Distinguished Rural Kentuckian of the Kentucky Association of Electric Cooperatives and a Rural Hero (for journalism) by the National Rural Assembly. He received the Medallion for Intellectual Achievement from the UK Library Associates, the Media Award of the East Kentucky Leadership Foundation, the Kentucky Press Association’s Lewis Owens Award for Community Service, the Kentucky Broadcasters Association’s Ralph Gabbard Distinguished Kentuckian Award, and the Flame of Excellence Award from Leadership Kentucky.Two statewide awards are named for him. One is given by the rural-journalism institute and the Bluegrass SPJ Chapter for public service through community journalism (he was its first recipient); the other is a $7,500 award from the Arts Commission to a Kentucky artist who has achieved a high level of excellence and creativity.

He was the son of Albert Perrine Smith and Elvira Mace Smith. Survivors include his beloved wife of almost 54 years, Martha Helen Smith; his children, Catherine McCarty (William) of Birmingham, Ala.; Lewis Carter Hancock of Louisville and Virginia Major (William) of West Hartford, Conn.; an “adopted” son, Huaming Gu of Shanghai, China; and his sister, Robin Burrow, of Abilene, Texas. He is also survived by five grandchildren, Evan and Connor (Ikue) McCarty, Lauren Hancock, and Susannah and Ava Major; and numerous cousins.

A memorial service will be held at a later date. The family suggests instead that memorial contributions may be made in Al’s honor to the Institute for Rural Journalism and Community Issues, 343 S. Martin Luther King Blvd., #206 BLD, Lexington KY 40506-0012, and to The Hope Center.
Posted in News, Obituaries 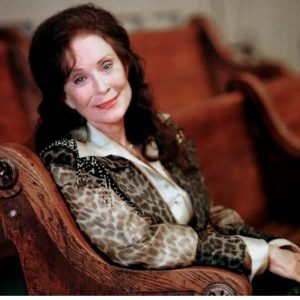