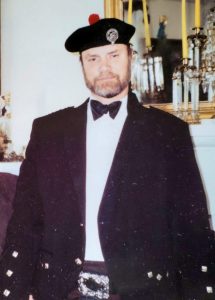 Sidney Clay Roseberry, Jr., born April 29, 1951, passed peacefully from this world on January 7, 2022, and will be deeply missed by all who love him. He is survived by his wife, Bonnie Anton, his mother, Kenney Shropshire Roseberry, sisters Rogers Barde (David, deceased) and Lindsay Roseberry, his niece, Virginia Berry, his nephew, Will Barde (Mari Bitter), great nieces Annie and Kitty Berry, great nephew William Barde and Bonnie’s children, Mark and Angela Anton.
Sid was preceded in death by his father, Sidney Clay Roseberry and beloved aunts and uncles. Sid was a lifelong adventurer, masterful storyteller and learner who loved his wife and family, his pets, his Peace Corps buddies, his coworkers, friends, and the many acquaintances he met during his lifetime.
He had many friends because to Sid, no one was a stranger. His quest for adventure and innate desire to serve others led him to join the Peace Corps. He served as a PCV in Senegal. He arrived in a village named N’Gantour in July, 1973, after receiving training in the culture, language and in local water well and latrine building. He learned Wolof and French and lived with a local family who called him AbdouJaye M’Bengue. There was no road to the village or vehicles and the family horse served as his transportation to other villages where he worked to improve the standard of living for the villagers by working on much needed community projects. His service sent him to many areas of Africa and while in Chad helping to deliver food aid, his truck got caught in a crossfire between the military and rebels who wanted to overthrow the president. When there was time to rest, he played the drums earning the nickname of “Ringo” from his Peace Corps buddies.
His love of learning led him to earn a BA from Washington and Lee University, a BS from the University of Kentucky, an MS from the University of Kentucky, a certification in Massage Therapeutics and ultimately, an Associate Degree in Nursing from Jefferson State Community College. His experiences in the Peace Corps and his giving nature served him well in his calling to become a nurse. It is a profession he was proud to be a part of and one that he had hoped he would be able to return to. Sid considered his co-workers at Hardin Memorial his second family.
Sid fought his battle with cancer with humility and grace and his loved ones remain in awe of his strong will and bravery through the painful, invasive treatments he had to endure. The family would like to acknowledge and thank his oncology doctors and the outstanding staff on the Baptist Health Park Tower Palliative Floor for their compassion and tireless devotion to Sid’s care.
In honor of Sid’s service to others, the family requests donations be made to treeslouisville.org or your local area organization working to preserve tree canopies, Water.org, a non-profit organization dedicated to improving access to safe water and improved sanitation to countries in Africa and around the world or by sending unused eyeglasses to Highland Park First Baptist Church, ATTN: Amy, 7321 Billtown Road, Louisville, KY. 40299, whose mission team will be delivering or sending the glasses to Malawi in April 2022, to be fitted for children in need.
A memorial service will be scheduled at a later date.