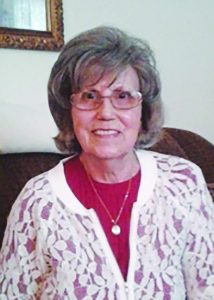 She was born in Myers, KY to the late Oney and Lorena Hudson Barbee.  She was a homemaker and loved her flower garden, fishing, and baking.  Carolyn loved spending time with her family and was a member of the River of Life Ministries.

In addition to her husbands and parents, she was also preceded in death by one son, Terry Lee Roach; two grandchildren, Jordan Ray McIntyre and Riley Watts; two brothers, Paul Barbee and Noble Barbee and two sisters, Darlene Ritchie and Rosemary Lucas.