By Melissa Patrick
Kentucky Health News
While the number of American with monkeypox increases every day, so far only 18 of them have been reported in Kentucky. Monkeypox was declared a public health emergency in the U.S. on Aug. 4.
On Aug. 18, the Centers for Disease Control and Prevention reported 18 cases of monkeypox in Kentucky, among 14,115 cases confirmed nationwide. The top five states for cases on that day were New York (2,774), California (2,663), Florida (1,372), Texas (1,079) and Georgia (1,066).
The day before, that number was only 17 in Kentucky, with 10 in Jefferson County (Louisville Metro), two in Warren County (Bowling Green) and one each in Barren, Fayette, Kenton, McCracken and Montgomery counties, according to the state Department for Public Health. Sixteen of the cases were in adult men and one case was in a woman. 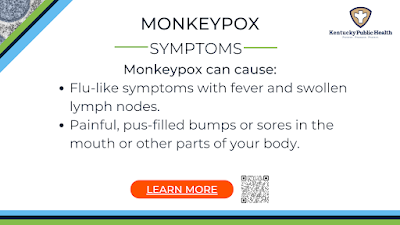 Monkeypox is a viral disease that is part of the same family of viruses as smallpox that causes flu-like symptoms and a rash. It is not related to chickenpox.

Symptoms can include chills, fever, body aches, swollen lymph nodes, headache, respiratory symptoms  and a rash. The CDC says you may experience all or only a few of these symptoms.
The rash may be located on or near the genitals or anus, and could be on other areas like the hands, feet, chest, face or mouth. The rash initially looks like pimples or blisters and may be painful or itchy.
Symptoms usually start within three weeks of exposure to the virus and the illness typically lasts two to four weeks.
Individuals are infectious from the time the symptoms start until the rash has completely healed, meaning that every scab has fallen off and a fresh layer of skin has formed.
It can be spread through close, personal contact, often skin-to-skin; by touching objects and surfaces that have been used by someone who has the virus; and through contact with respiratory secretions.
So far, men who have sex with men have been among those most infected with monkeypox in the U.S., but it’s important to remember that the virus can be transmitted by close contact of any kind. It is not considered a sexually transmitted disease. ABC News reports that so far the U.S. has confirmed nine pediatric cases of monkeypox.
“To reduce the risk of transmission, individuals should avoid close contacts with partners who have skin rashes or lesions,” Gov. Andy Beshear said at an Aug. 17 news conference.  “Anyone’s concerned they may have symptoms, or who may have been exposed to the monkeypox virus, should go talk to their health care provider right now. Anybody eligible for a vaccine, go get it.”
The CDC advises that if you have a new or unexplained rash or other symptoms, avoid close contact, including sex, with others until you have been checked by a health-care provider.
Vaccines exist for monkeypox, but because of the limited supply, the U.S. does not have enough for every at-risk American, let alone for broad, preventive campaigns.
At this time, the state health department says the following are eligible for the vaccine:
If you think you are eligible to receive a monkeypox vaccine, contact your local health department for vaccination options.
Kentucky Health News is an independent news service of the Institute for Rural Journalism and Community Issues, based in the School of Journalism and Media at the University of Kentucky, with support from the Foundation for a Kentucky.
Posted in News 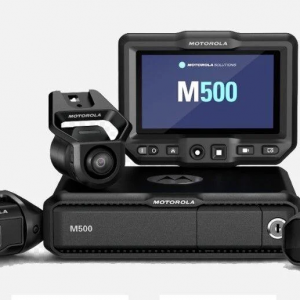 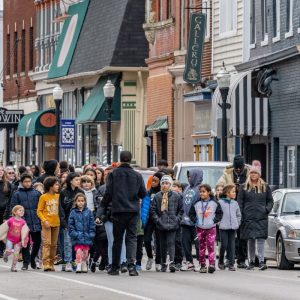 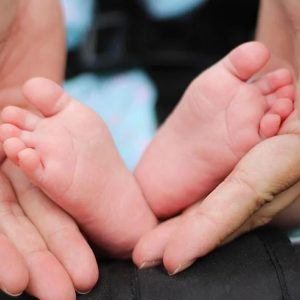