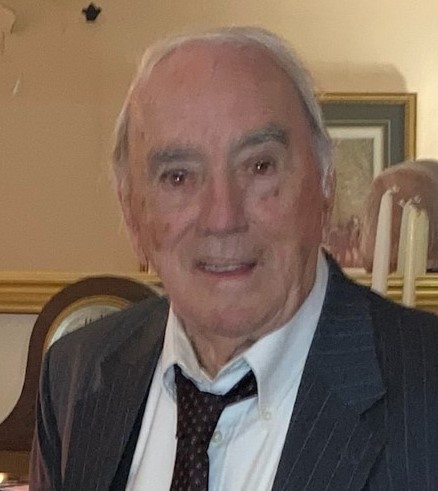 Al attended Manuel High School and then served his country in the United States Air Force where he was a member of the Air Force Golf Team. He went on to work at Kinnard & Francke and retired in 1992. Throughout his life, Al enjoyed traveling, was an avid golfer, fisherman, and real estate investor. In 1987, Al was Club Campion at Charlie Vettiner Golf Course.

He leaves behind to cherish his memory, Woodford Reynolds Henegar, his loving wife of 20 years; his children, Mary Ann Green (Johnny) and Carey Henegar (Stephanie); his grandchildren, Leann, Clay, and Carson, and his brother, Charles Sherill Henegar Jr. (Jo Ann).

He was predeceased by his wife of 37 years, Patricia Ann Henegar; three sons, Mark Albert, Jeffrey Lewis, and Thomas Jude.

The family has chosen cremation and has entrusted Newcomer Funeral Home, East Louisville Chapel with his care. There is no visitation scheduled. Private burial will take place at a later date at St. Michael’s Cemetery.