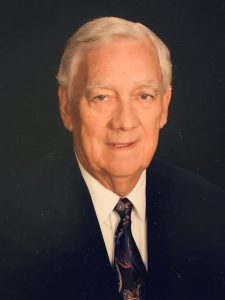 A native of Mousie, KY, he was the son of the late Bill and Zelma Martin.  After graduating from Hindman High School he attended and graduated from the United Electronics Lab.  In 1970 he graduated from Clear Creek Baptist Bible College and later received his B.A. in religion from Cumberland College.  He also studied at the Trinity Theological Seminary, Master of Divinity, the Southern Baptist Theological Seminary and received his Masters in religion from the Lexington Theological Seminary.  Drew started his ministering at the Jeff Baptist Church in Jeff, KY where he was ordained in 1968 and led that congregation from 1966-1971 and also from 1968 – 1977 he preached at the Big Creek Baptist Church, Hazard, KY.  After serving at the Hillcrest Baptist Church, Carlisle, OH in 1977 he returned to the Big Creek Baptist church and served there until 1982, when he accepted the minister position at the Central Baptist Church, Paris, KY.

He also owned and operated a TV repair shop in Knott County, KY, was the Weather Man in the late 70’s  until the early 1980’s for TV station WYMT and also hosted a daily program on WKYH TV called “The Good News Morning Worship Service and was a current member of the Central Baptist Church, Paris, KY.

In addition to his parents, he was also preceded in death by one grandson, Joshua Martin.

The family has elected to hold a private service and burial for immediate family only in remembrance of Drew Martin.  Out of respect for the Governor’s request for both small and large gatherings, we want to do our part to respect all people of Kentucky as well as pay tribute to the beloved Rev. Martin.

Memorials may take the form of contributions to the Alzheimer’s Association, 6100 Dutchmans Lane, Ste. 401, Louisville, KY 40205.