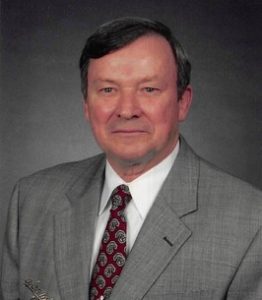 Born November 18,1938 in Louisville, Kentucky, Brown was the son of Mary E. (Coulter) and Garnett C. Brown. (Both deceased.) He was married to Betsy D. Brown of Paris, Kentucky, and following her death, to Sandra H. Brown of Georgetown, Kentucky. In addition to his wife, he is survived by a son, Dr. Garnett C. Brown, III, of Lexington, Kentucky, his wife April, and granddaughters Katie and Hannah; a step-daughter, Stephanie F. Lind, R.N., of Lexington, Kentucky, and a stepson, Eric M. Lind, his wife Elizabeth, and grand-children Dallas, Heidi, and Darby of Brooklyn, New York. He is also survived by a sister, Lisa Beth Hatfield and her husband Carroll of Sarasota, Florida, and their sons, Tim, Christian, and Charlie, and their families. Several cousins and many close friends also survive.

Brown received a BA from the University of Kentucky, an MA from Webster University in St. Louis, Missouri, and he was a graduate of The National War College.

Colonel Brown spent a career in the U.S. Air Force, serving in a variety of assignments in the United States and abroad. He was a Command Pilot with over 5600 flying hours, including 68 combat missions in Vietnam. As a senior officer he served at the Pentagon with the Organization of the Joint Chiefs of Staff; at the State Department with the U.S. Arms Control & Disarmament Agency; and as Director, Institute of Higher Defense Studies in Washington, D.C.

Following his military career, Brown retired to Bourbon County, Kentucky, where he pursued farming and writing interests. He wrote a weekly column for the Bourbon County Citizen newspaper, and authored several books and articles on a variety of subjects.

Brown will be buried in the Paris Cemetery at 2:00 p.m., on Wednesday, June 2, 2021, with full military honors. Services will be conducted by Rev Craig Yates at the Hinton-Turner Funeral Home in Paris, at 1:00 p.m. with visitation beginning at 11:00 a.m.