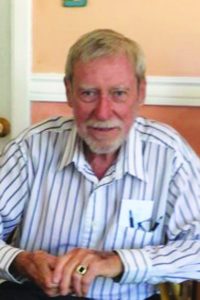 Dr. Joseph Andrew Anderson, beloved brother, uncle, cousin, and friends to many, of Denver, CO, formerly of Paris, departed this life on, Thursday, October 14, 2021, having attained the age of 86 years.

Joseph was born on January 29, 1935, the son of the late John Siegfrid Anderson, an immigrant from Larv, Norway, and Anna Mae McKenna Anderson, of Lexington, KY. He was a graduate of Paris High, a graduate of the University of Kentucky and Marquette Medical School where he earned his degree in medicine and later did a residency in surgery. Prior to going to medical school, he served his country in the United States Air Force and attained the rank of Lieutenant. After returning home he practiced medicine in Colorado for 60 plus years. Even though his practice of medicine kept him extremely busy, he never missed the opportunity to have an adventure. He was part of the Ski Patrol at Loveland Resort in Colorado. He often organized excursions with a gaggle of friends and family as they hunted large game in the mountains of Colorado, especially elk. He was a connoisseur of collectible watches and guns. He was known by his nieces and nephews as the “cool uncle” as he brought many animals from Colorado to his Kentucky home that became treasured family pets, which included skunks, wonderful dogs, and a crow. Colorado became the vacation spot for the Anderson family over many years, where he introduced them to the wonders of nature of his beloved state of Colorado where they would spend weeks in a camper exploring. Even though he never had children of his own, he found time to mentor many young people, often putting them through high school, college, and setting them on their career path. His passionate heart led him to Nicaragua along with other physicians after the 1972 earthquake to help those that had been injured, and it was there he met a young man named Mario. It was through that meeting that he was able to sponsor his trip to the states where he made Colorado his home and now lives with his wife and family. Others that he mentored were Richard and Matt, who attributed their success to this selfless man.

In addition to his parents, John and Anna Mae, he was preceded in death by his brothers, Charles M. Anderson, William A. Anderson; a nephew, Andrew Siegfrid Anderson; cousins, Harry McKenna, Charles McKenna; and one of the young men that he mentored and considered family, Matt.