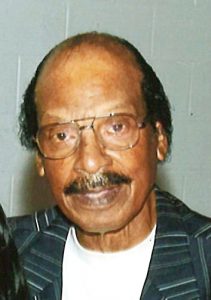 Norman William Allen was born October 24, 1942, in Paris, KY, to Margaret L. Reed and Edward Jackson Allen. He was jointly raised by his parents and loving stepmother, Ernestine Crooks Allen. Norman would become known affectionately by many as “Bee” and later still as “Stormin’ Norman.” As a child, Norman united with Zion Baptist Church (Paris, KY) and would later join his wife, Elaine, at Jimtown Baptist Church (Fayette County, KY). His formal education began at Brentsville Elementary (Bourbon County, KY), but upon moving to Paris, he attended Western High from where he graduated. Western was noted for producing Academics and Athletes – Norman would not be an exception. His athletic prowess and academic soundness garnered him a scholarship to Jackson State College in Jackson, MS.

Little did he know in 1967 what would start out as a volunteer auxiliary officer position would turn into a calling and a fifty-year career in law enforcement. After attaining the rank of Sergeant with the PPD, Norman made the difficult decision to leave and to join the Lexington (KY) Metro Police Department. During his 25 years of service there he served in the capacity of patrol officer, in the Detective Bureau and on the newly formed Hostage Negotiating Team before retiring in 2000. In addition, he also managed to serve as Deputy Warden at Blackburn Correctional Institute. After his retirement in 2001 from Metro, he joined the Fayette County Sherriff’s Department and worked as a court bailiff for primarily Judge Gary Payne while also serving as member of the Keeneland Security Team.

Coming home to Bourbon County, Norman continued to be a trailblazer by becoming the first African-American to become Captain of Security for the Bourbon County Sheriff’s Department.

Four different governors awarded him a Kentucky Colonel. He was also the recipient of one Kentucky Admiral Award. Additionally, he received three Colonel Citations: one for his involvement in the community and with youth sports; one from the governor’s office and from the Kentucky State Police for the capture of the person that attempted to murder Kentucky State Trooper John Conley; and, last, one for his retirement from the Lexington Police Department.

On March 29, 2021, House Member Jason Nemes (R) of District 33, introduced the citation in recognition and honor of Norman W. Allen for his integrity and professionalism as a Kentucky law enforcement officer for 50 years. The citation was adopted by the House of Representatives of the Commonwealth of Kentucky.

Norman was also a founding member and President of the 30/20 club, member of the Masonic Lodge, a western and sports enthusiast and an avid lottery player.

He is preceded in death by his parents Edward, Margaret and Ernestine; brothers– Herman and Thomas, sister- Serbrina and son Brooks.

“If I can help somebody as I travel along, then my living will not be in vain.”

The family requests that masks are to be worn for the visitation and the funeral by all attending.