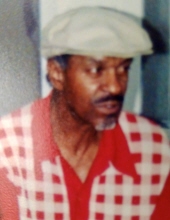 A native of Paris, KY, he was the son of the late Henry and Lorine Blackburn Grigsby. He was a former Woodford Spears and Son Seed Company employee and a member of the Zion Baptist Church, Paris, KY. He loved old cars, music, and dancing.

In addition to his wife and parents, he was preceded in death by two brothers, Henry Grigsby and Charles Grigsby, and three sisters, Margaret Wheeler, Carolyn Higgins, and Mary Grigsby.

Visitation will be from 10:00 AM until the time of service on Thursday, June 16th at the funeral home.