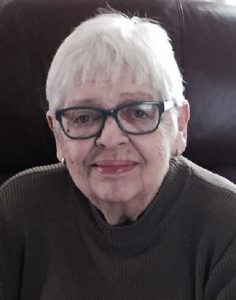 Helen Washburn Canada, widow of Earl Frank Canada, departed this life on Friday, September 20, 2019, at the Louisville East Post Acute Care senior living facility, having attained the age of 88.     She was born on August 18, 1931, in Bourbon County, to the late Thomas A. and Elizabeth Tevis Washburn.  She attended North Middletown High School, was a retired bookkeeper, a member of Bourbon County Homemakers and First Christian Church (Disciples of Christ). Besides her husband and parents, she was preceded in death by her son, Thomas Blair Tate.

The funeral service for Helen Washburn Canada will be on Monday, September 23, 2019 at 1:00 p.m. at Hinton-Turner Funeral Home with Dr. Henry Hanna officiating. A private interment will follow with casket bearers being: James Caywood, Clint Caywood, Nicolas Cabrini and honorary bearer, Sid Tate.

Visitation will begin at 10:00 a.m., on Monday, until time for the service.