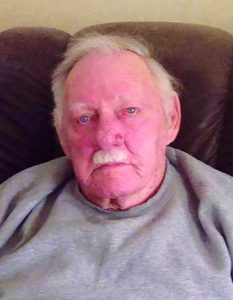 Charles (Charlie) William Wilson passed away on September 20, 2019 at the age of 90. He was born in Nicholas County on November 18, 1928 to the late John and Hazel (Woodall) Wilson.
He is survived by children Charles Gayle and Vicki Suzanne and by his former wife Marion (Byrd) Wilson who also survives. He leaves four grandchildren, five great grandchildren and one great -great grandchild.
He was preceded in death by his wife Christene (Durham) Wilson.
He is also survived by brother Johnny Wilson (Pat) and Ann Hager, both of Lexington. Brother Jim Wilson and sisters Jean Davids, Betty Waugh and Polly Owings preceded him in death.
He was a loyal fan of UK basketball and football and lifelong fan of the Cincinnati Reds. He was also a staunch Democrat.