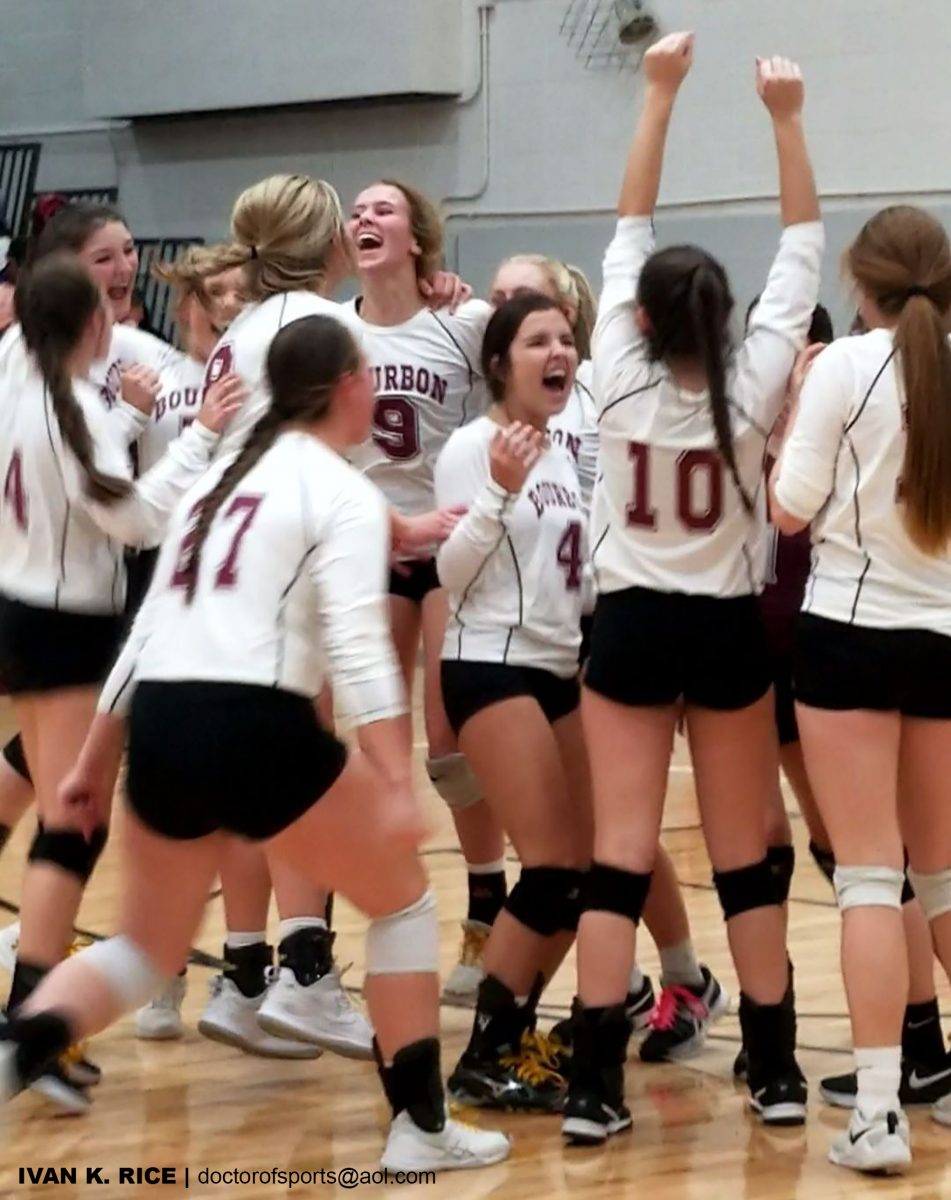 IT’S A CELEBRATION – Members of the Lady Colonel volley tam celebrated after fighting back form a 2-0 deficit to beat Montgomery County 3-2 to win their second 40th District Tournament Title in four years. Bourbon will now turn their attention to next week’s 10th Region Tournament.

Fight Back To Win The

PARIS, KY – Last night, in front of a loud and rowdy crowd inside Russ Day Gym, Coach Stephanie Sosby’s Lady Colonel Volleyball Team fought back from a 2-0 deficit by winning the next three games to go on and win their second 40th District Volleyball Tournament Title in four years against a very determined Montgomery County team.

Bourbon dropped game one 25-22 and Montgomery held off a late BC rally to win game two 25-23. Sosby’s team would then wake up, after sleeping for most of the first two sets, by winning game three and four by identical scores of 25-16 and 25-16.

The fifth set saw Bourbon jump out to an 8-3 lead before the Lady Indians closed the gap to 9-8. From there, the Lady Colonels regrouped and held on for the 15-11 victory.

Both teams will now advance on to the 10th Region Tournament that’s scheduled for next week. Site to be determine at a later date.

“I think when we fell to Montgomery in the first 2, or even in the first set, I was thinking, oh shoot, we are not on today. In warmups we looked slow and sluggish, I knew Montgomery would be coming for us and I tried to express that to the girls,” Coach Sosby said afterwards. “After the second set, going into the third, I simply told them that this game should be theirs to win but they had to want it for themselves and for each other.”

It was within their huddle after the second set that woke up Sosby’s team because they dominated games three and four and then withstood a furious Lady Indians rally in game five to bring it home.

“Something in that huddle must have sparked a fire because they turned up the heat and started to play Bourbon Volleyball!”

Senior Sara Dishman led the Lady Colonels over the five sets with 11 kills, while sophomore McKenna Denney, who had the game winning kill in the final set, had 8 kills, with 3 of those coming in that decisive fifth set. Senior Katie Ritchie had 6 kills and 5 came from junior Makenzie Kincade.

Junior Lyndsay Johnson did her job as the setup person that saw her with 116 assists, including the nice setup to Denney for the kill that gave them the match.

Leading the team in digs was senior Zaya Roberts with 59. Kincade had 30 digs, followed by Ritchie with 24, Denney 18, Johnson 10 and senior Haley Kitchen had 8.

Denney delivered 4 aces on her serves and Johnson had 3 and 1 each came from Dishman and Roberts, while senior Kyra Curtis led the team with 4 blocks.

With the victory, the 2019 Colonel senior class broke the record that was previously held by the 2006 senior class, for most wins in a career by a senior volleyball class at Bourbon and the Coach is extremely proud of them all.

“These seniors have played together since the sixth grade. They are my babies. I started out my very first year coaching them, and yes, they hold a special place in my heart. I consider them all true volleyball players because they have the heart and passion for the game and I think that has helped them become the winningest team in the school’s program history.”

For their fine play during the tournament, Lady Colonel seniors Sara Dishman, Haley Kitchen and Kyra Curtis were named to the All-Tournament Team. 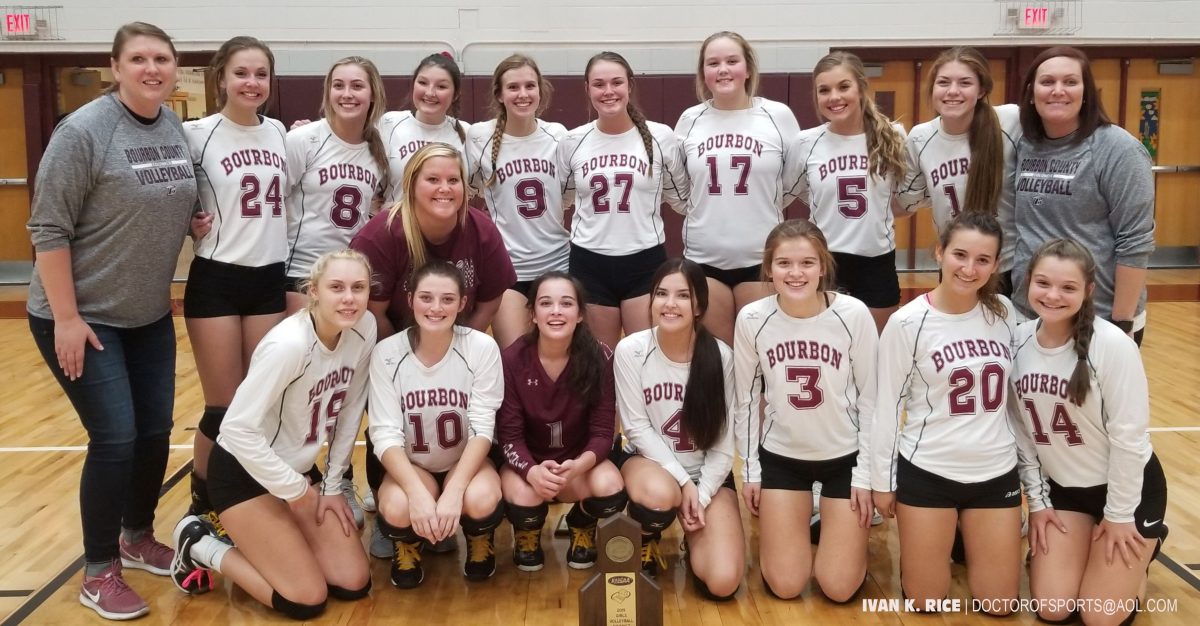