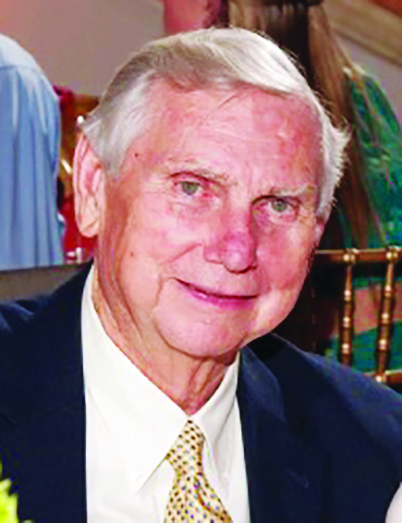 John Warren Gorrell, husband of Virginia Lee Gorrell, father of Warren and Jim Gorrell and Tracy and Paul Sipes and a long-time resident of Lexington and Paris, KY, passed away on November 10, 2019 after a brief illness.  He was 88.  Born on July 21, 1931 in Barberton, Ohio to Oscar M. Gorrell and Elsie V. Gorrell, John was raised primarily in East Tennessee and Western Kentucky.  He graduated from Owensboro High School in 1949 and the University of Kentucky with a BS in Engineering in 1954.
John worked as a civil engineer with CJ Fuller Engineers, ultimately becoming the President and majority owner.  While with Fuller, he worked primarily on highway design and construction and oversaw the design of portions of several major highways, including the Western Kentucky Parkway, the Mountain Parkway and Interstate 64 in Virginia.  Following his career as an engineer, he was a single-family home builder in Bourbon and Fayette Counties.  He retired in 2016.  Following his retirement, he loved to spend time with Jenny and his children, grandchildren, and his friends and he loved being outside working in his garden and mowing his yard (which he did up until last month).  He also was active in Hutchison United Methodist Church, a trustee of Lindsey Wilson College, a member of the Bourbon County Joint Planning Commission, and a past President of the Kentucky-Tennessee District Kiwanis Foundation.
John is survived by his wife Jenny, his four sons, Warren Gorrell and his wife Cathy (McLean, VA), Jim Gorrell and his wife Lou (Lexington), Tracy Sipes and his wife Karen (Paris), and Paul Sipes and his wife Chrissie (Paris); by his ten grandchildren, Sarah Kulkarni and her husband Akshay (New York, NY), Courtney Anderson and her husband Troy (Arlington, VA), Michael Gorrell and his wife Lauren (Salt Lake City, UT), Dr. Elizabeth Gorrell (Conway, SC), Catherine Gorrell (Lexington), Tyler Sipes and his wife Morgan (Frankfort), Shelby Sipes (Paris), Garrett Sipes (Paris), Ryan Sipes (Lexington), and Camryn Sipes (Paris); and by his four great grandchildren, Tara and Karina Kulkarni (New York, NY), Jaycee Wallin (Bowling Green), and Carson Sipes (Paris).
A funeral service will be held on Saturday, November 16, at 1:00 p.m at Hutchison United Methodist Church, 251 Hutchison Road, Paris.  The family will receive friends from 12:00 p.m. until the service and will host a reception at the church following the service and burial. In lieu of flowers, memorial donations may be sent to Hutchison United Methodist Church, 251 Hutchison Road, Paris, KY 40361.
John will be missed by his family and friends.
The funeral arrangements were entrusted to the Lusk-McFarland Funeral Home, 1120 Main St., Paris, KY 40361. The online guestbook is at www.Lusk-McFarland.com and a 24 hour funeral information line can be reached by calling 859-987-4387.