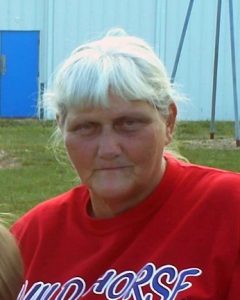 Sally Jewell Anderson Ritchie, 69, of Paris, wife of the late Phillip Ritchie, passed away Sunday, December 1, 2019 at her home.

Born November 8, 1950 in Nicholas County to the late Lute & Edna Snapp Anderson, she was a former employee of the Bourbon County Parks &
Recreation and attended the First United Methodist Church.

A graveside service was  2:30 P.M. Friday, December 6, 2019 in the Carlisle Cemetery officiated by Pastor Eliseo Mejia-Leiva.

Arrangements were under the direction of Mathers-Gaunce Funeral Home

Memorial contributions to the funeral home toward expenses are greatly appreciated by the family.

Condolences may be left at www.mathersgaunce.com.