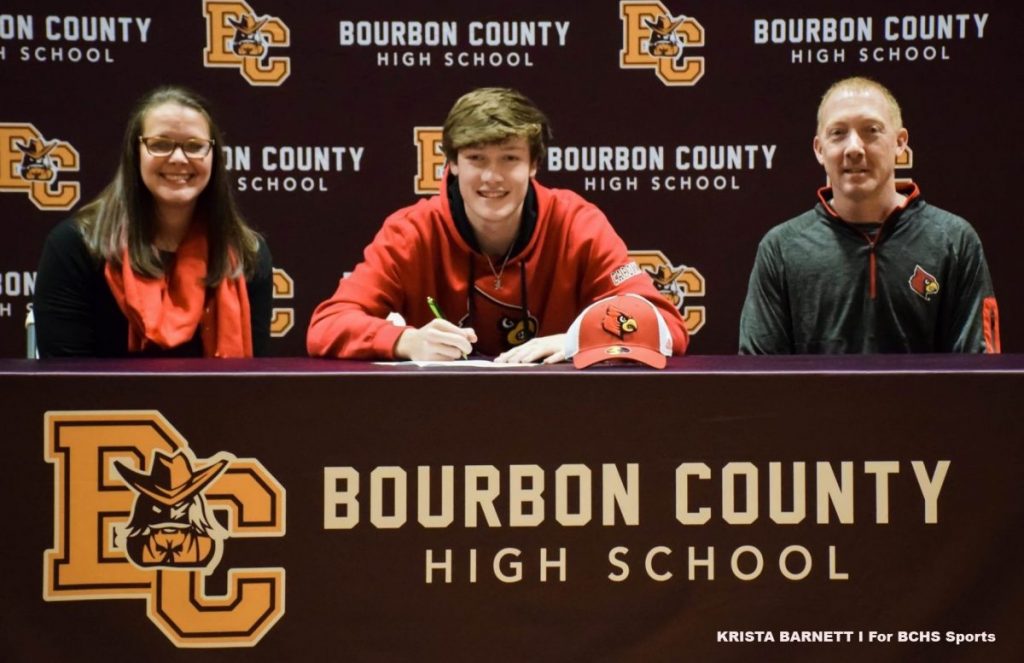 HEADED TO THE VILLE – Brycen Collins signs his National Letter of Intent to attend the University of Louisville next fall to play college baseball for the Cardinals. Collins is pictured in the photo with his parents Chris and Melanie Collins. 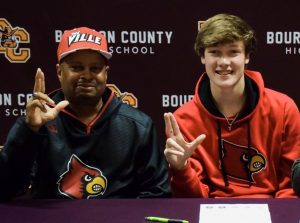 L’S UP – The Doctor of Sports, a huge Louisville fan, had some fun with Brycen Collins as both threw up the “L” sign to let everyone know … (L1C4) Louisville First, Cards Forever!

At the plate, he batted a team second best .350 that saw him collect 35 hits (tied for first), 22 runs scored (4th best), 23 RBIs (2nd best) and 13 doubles that led the team. He also recorded the least number of strikeouts per plate appearance for Coach Nelson Faris’ Colonels.

Collins will be headed to a program that when they talk about the best programs in NCAA baseball, one best believe that they will mention the University of Louisville. 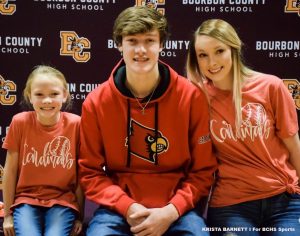 IT’S ALWAYS ABOUT FAMILY – Brycen Collins is shown in this photo with his sisters Blake, pictured at right, and Brynn Collins.

Louisville, a Power 5 school that plays out of the ACC, boast one of the best collegiate baseball programs in the nation under Coach Dan McDonnell. Last spring they reached the semifinal of the NCAA College World Series for the first time in the program’s history before falling to eventual national champion Vanderbilt. Louisville has played in 5 College World Series, 8 Super Regionals, won 10 Conference Titles and reached the NCAA Tournament 12 out of McDonnell’s 13 seasons as the school’s head coach. He’s also seen 84 of his players get selected in the MLB Draft with 80 of those signing professional contracts.

“I have always told my parents that one of my goals in life was to play baseball at Louisville,” said Collins. “I said that if Louisville offers me, that’s where I am going.”

Read the entire story on Collins signing with the Ville in next week’s Bourbon County Citizen’s Sports Section. 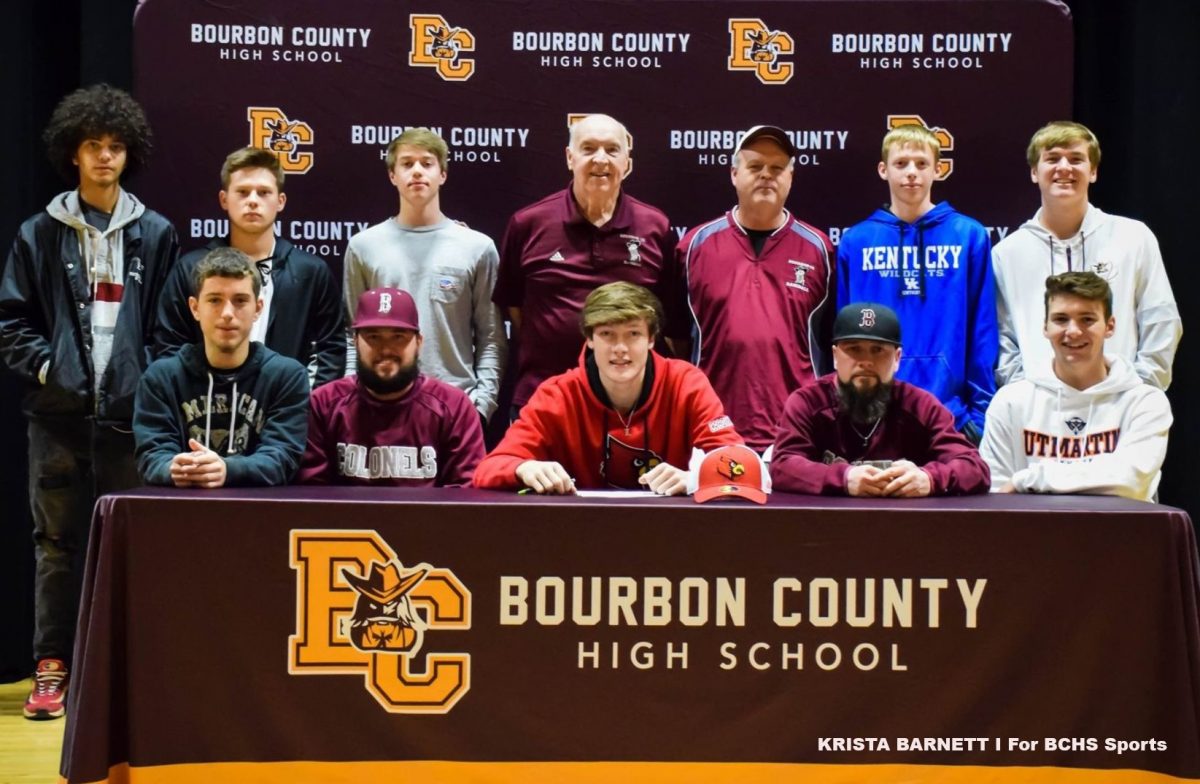 PEOPLE WILL COME – Members of the Bourbon County Colonels baseball team were in attendance to show their support for their star pitcher, who will certainly bring a lot of buzz around the Colonel baseball program this spring.