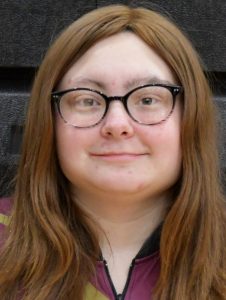 ALLIE SNAPP – “I’m excited and proud to be a part of the team that made history.” 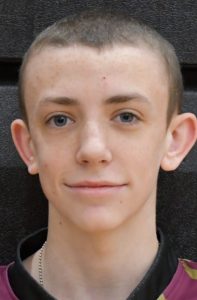 DEVEN HOOPER – “I am truly proud of our team. We have made a lot of progress this year and it feels great to be a part of this team and I look forward to being able to go to state to represent our school. Go BOCO!” 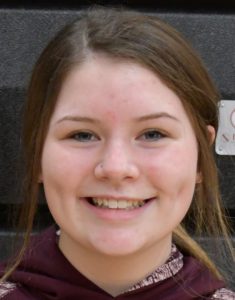 KAYLA HORN – “Being the first girls team from Bourbon County to go to state is a huge accomplishment for us. I’m proud to be able to call the girls on my team not only teammates but also friends. I expect great things for us going to state and can’t wait to see what we can do. Even though this is my last year here at Bourbon, I hope other girls will decide to join and realize how fun it is to be part of this team.”

Wesley Yazell Will Bowl In The

Will Hit The Lanes On Friday

LOUISVILLE, KY – For the third time in four years, the Bourbon County Colonels boys bowling team will be participating in the KHSAA State Bowling Tournament after winning their third Region 7 Title in four years. But this time around, they will not be alone. 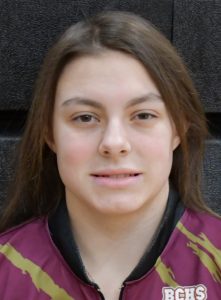 ANGIE SNAPP – “I am truly blessed to be able to be a part of this group of girls who get to go to state for the first time in school history. We have worked so hard over the season and I expect that we will continue to work hard in practice leading up to state and that we will give state the best run we can. Go BOCO bowling!”

For the first time in the history of the program, the Bourbon County Lady Colonels will be heading to their first state tournament after placing second at the

Region 7 Championship that was held last week at Southland Bowling Lanes in Lexington.

“Being the first girls team from Bourbon County to go to state is a huge accomplishment for us,” said senior Kaya Horn. “I’m proud to be able to call the girls on my team not only teammates but also friends.” 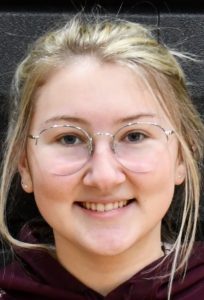 MAGGIE BELCHER – “I would say it feels good to join the team the first year that we are going to state. It makes me feel like all our hard work has paid off. I expect state to be the best tournament all year and I hope that all of us do our best.” 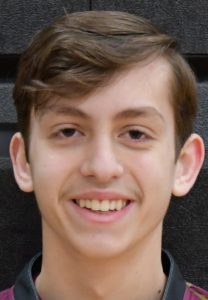 MATTHEW YAZELL – “It’s pretty cool to be able to keep the tradition going for BCHS bowling and even though we have a small and young team, we think we can do well at the state tournament.” 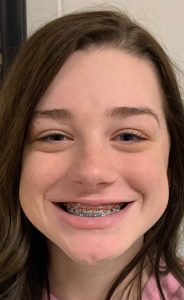 MEREDITH FRYMAN – Making BCHS girls bowling history feels extremely exciting. We walked into regionals with a goal to win and that’s exactly what we plan to do for state. With me being the youngest one on the girls team, by making it to state was the best feeling ever. I hope to feel that feeling again for the next 4 years.”

“I would say that it feels good to join the team the first year that we are going to state. It makes me feel like all our hard work has paid off.”

Horn and Belcher and the rest of their teammates, will bowl in the team competition Friday morning (February 7th) starting at 8:15am in lanes 9 and 10. The boys’ team will start their quest at a state championship later that afternoon at 2:00 in lanes 27 and 28. The KHSAA State will be held inside the Executive Strike & Spare Bowling Center that’s located in Louisville near Freedom Hall and Kentucky Kingdom. 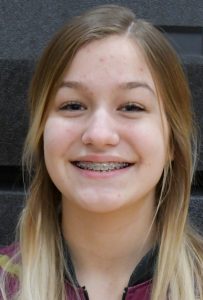 MORGHYN EARLYWINE – “It feels amazing to be on a team that works so hard. I’m happy to be a part of the team and I’m happy to be making history with these amazing people. My expectations for going to state are high. I know the team can do it and I know all of the hard work the girls and boys have put in will pay off.” 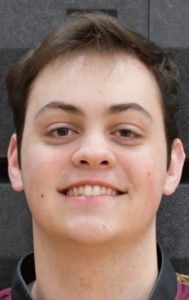 WESLEY YAZELL – “Representing Region 7 and BCHS at state will never get old. We do our best to keep the tradition going. My main goal at state is to keep my focus an perform to the best of my ability, and hopefully bring the singles title back to Bourbon County.”

Only one Colonel bowler qualified to tomorrow’s singles state championship and he’s no stranger because junior Wesley Yazell will be making his third appearance at state in four years as well. He first advanced out of the Region when he was an eighth grader.

Editor’s note: You can read the rest of this story inside tomorrow’s (February 6th) print issue of the Bourbon County Citizen. You can pick up a copy on our newsstand or in a store that carries the Citizen … as well as the Citizen office located at 123 West 8th Street. 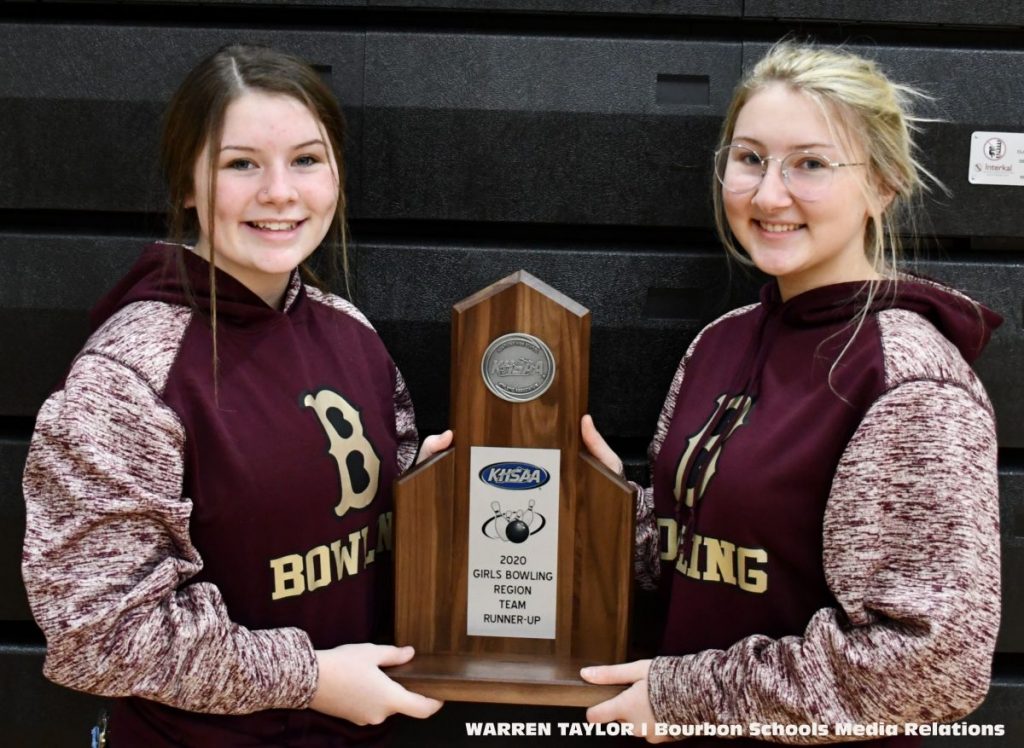 MADE HISTORY – Lady Colonel and Bourbon bowling only seniors Kayla Horn, left, and Maggie Belcher, hoist the Region 7 Runner-up trophy after they and their teammates became the first female bowling team at the school to qualify to the state tournament. They will start their quest for a state team title tomorrow at 8:15am in Louisville.