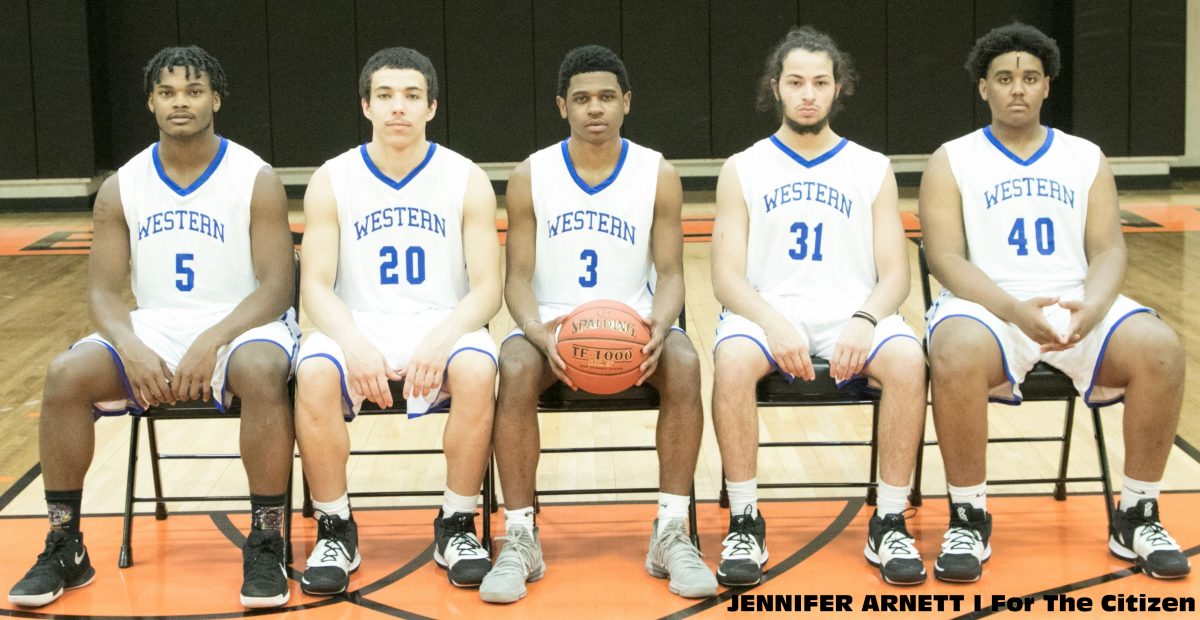 HONORING THE WESTERN TIGERS – Members of this year’s Paris High School basketball team’s senior class show off the uniforms they will be wearing Thursday night to honor the Paris Western Tigers, an all-black school that turned out to be a basketball powerhouse. Seniors pictured from left to right are Matthew Barber, Caleb Johnson, Jamaun Clark, Marcus Jackson and Jalen Ransom. 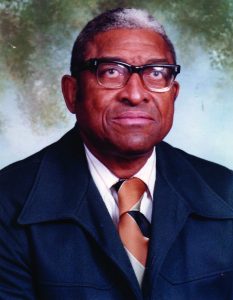 JUST CALL HIM “CHIEF” – The late William B. “Chief” Reed led the Paris Western Tigers to the 1953 National Championship for black schools. He also guided his 1952 team to a fourth place finish at the National Tournament. During his 11 years coaching the Tigers, “Chief” Reed, according to the Kentucky High School Basketball Encyclopedia, won 203 games, with 109 setbacks, with 72 of those losses coming in the final few years leading up to their integration with Paris. —Citizen file photo

The All Former Black School

That Won A National Championship

PARIS, KY – A lot of kids today from the local area really don’t know much about the Paris Western Tigers, an African American school that was located on 7th Street near Paris High School.

A small school that housed one of the best basketball programs and players in the state and nation, growing up as a kid, that’s all one heard about was the Western Tigers. A school so special that after winning a Basketball National Championship, UK legendary Coach Adolph Rupp, who many tab him as a racist by not recruiting black players, came to town to be a guest speaker at a meeting that honored the champions at the school. The Tigers, coached by the legendary and late William B. “Chief” Reed, won the 22nd National Basketball Tournament for Black High Schools in 1953, and finished as National Semifinalist in 1952.

Thursday night, because of a conversation between Paris School’s Athletic Director Cary Barr and Paris Independent School Superintendent Stephen McCauley, the school system will honor the school with a Paris Western night that will see the basketball team and cheerleaders wear the Western Tigers attire.

“Coach Barr and I were talking during the 10th Region All A semifinals and he mentioned that several years ago we hosted a Paris Western Night and had a great turnout,” McCauley recalled during a text message. “He suggested that we try to do it again. I loved the idea, so we ran with it.”

McCauley said that they will be doing a chili supper, as well as a meet and greet before the Paris versus Pendleton County basketball game. Paris Schools Public Relations and Tech Support Specialist Whitney Gray is also putting together, what McCauley calls, an amazing tribute video, while the boys team and cheerleaders are going to be wearing Western High gear for the game.

“Some of our Middle School students are going to help serve dinner, and our elementary students are singing the national anthem before the game and the High School band is playing the Western High Fight Song when the alumni walk out onto the court before the game,” McCauley said. “It’s going to be an amazing night.”

Festivities will start at 6:00 Thursday night, with the meet and greet with the basketball game slated to tip-off at 7:30. It will also be senior night for the Greyhound basketball team. 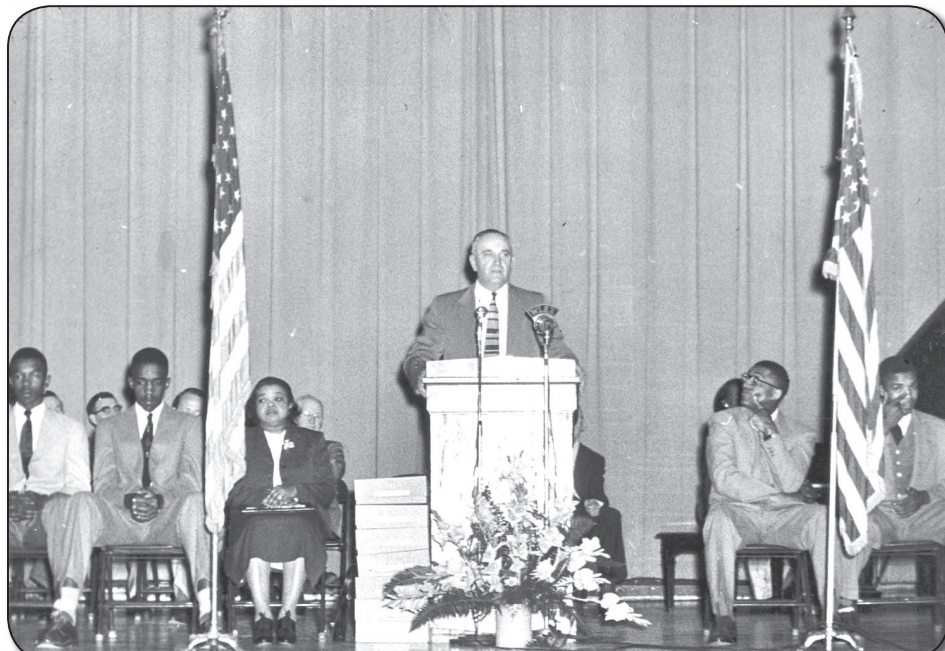 RUPP SPEAKS AT WESTERN HIGH SCHOOL – The late University of Kentucky Basketball coach and Hall of Famer Adolph Rupp, is shown as the main speaker at a meeting at Western High School in Paris. Coach Rupp was welcoming the team members of the Paris Western Tigers, winners of the 1953 National High School Basketball Tournament for Black Schools. –Citizen File Photo

During his study of the Black National Tournament, Thompson wrote that Paris Western’s opening round 81-54 victory over powerhouse Chaneyville High School of Zachary, Louisiana, “caught the attention of the fans” because from this point on, the Paris, Kentucky school’s closest game was a ten-point victory over Pearl out of Nashville.

In the finals, 3,000 spectators watched Western increase its average margin of victory to twenty-one points by downing Booker T. Washington of Montgomery, Alabama 70-41 to claim the national title. Jesse Downey scored 21 points, Russell Tucker chipped in 17 and William Conner had 16 to lead Western on that evening inside Tennessee A & I State College’s new 4,000 seat gymnasium that made the national tournament the inaugural event in the spacious facility. Other scoring had William Spencer with 12 and William “Butch” Gaines with 5. The Tigers, according to the Kentucky High School Basketball Encyclopedia, finished that season with a 29-3 record.

The last national tournament for black schools was held on the campus of Alabama State College in Montgomery, Alabama, March 25-27, 1967. The national tournament and the NHSAA, founded in 1945, were dissolved a year later on Saturday, June 16, 1968, in Atlanta, Georgia.

Paris Western would continue to play basketball at the school until their merger with Paris in 1963. The team’s all-time record was 262-132, as “Chief” Reed complied a 203-109 record after coaching for 11 seasons, according to the Kentucky High School Basketball Encyclopedia. F.M. Wood guided the team from 1949 to 1952. He finished with a 59-23 record.

For more information on the National Championship Tournament for Black schools you can go to the LSU Digital Commons website. (https://digitalcommons.lsu.edu/cgi/viewcontent.cgi?article=4499&context=gradschool_disstheses)

EDITOR’S NOTE: To read the complete story, pick up a copy of the print edition of the Bourbon County Citizen on Thursday, February 20. You can find a copy at a local store, newsstand or the Citizen office that’s located at 123 West 8th street in Paris. 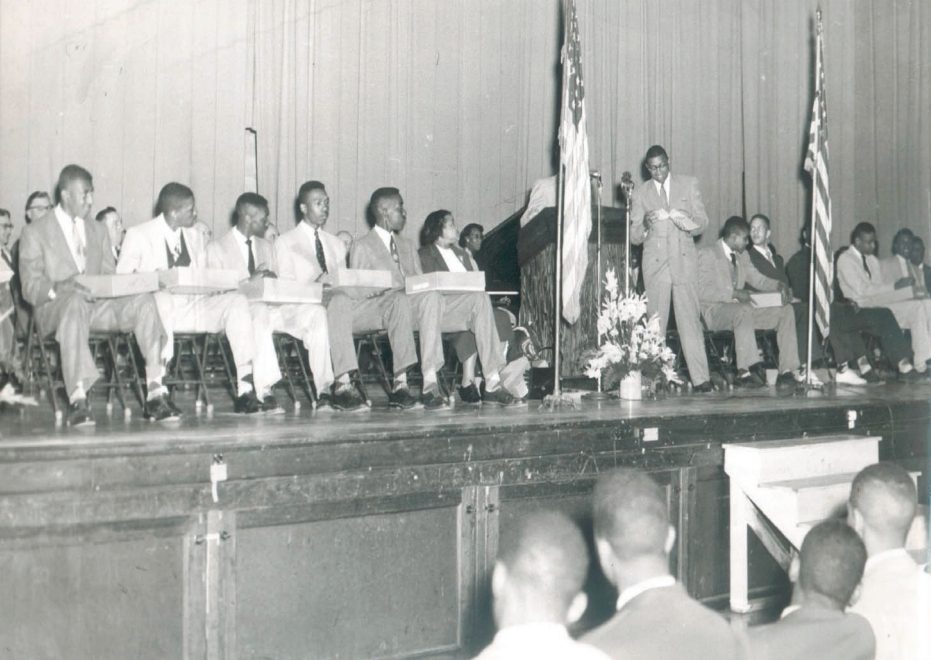