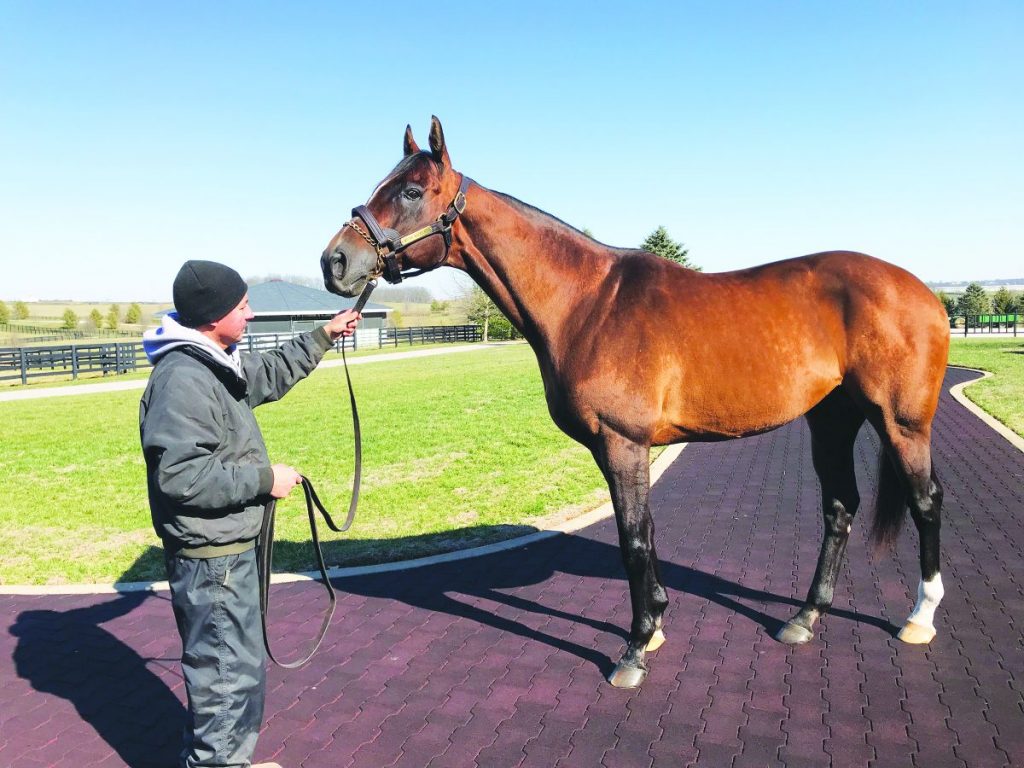 Mucho Macho Man, who stands at stud at Frank Stronach’s Adena Springs, located outside of Paris, Kentucky, will be represented on Saturday at the $20 million dollar Saudi Cup at King Abdulaziz Racetrack by his son Mucho Gusto.

PHIL HANRAHAN | For The Citizen

Mucho Macho Man’s best son, Mucho Gusto, prepares to take on the world’s best racehorses in the $20 million dollar Saudi Cup on Saturday, February 29, 2020 at King Abdulaziz Racetrack in Riyadh, Saudi Arabia.  Mucho Macho Man stands at Frank Stronach’s Adena Springs, located outside of Paris, KY.
Mucho Macho Man is by Macho Uno (who also stands at Adena Springs), out of the mare Ponche de Leona.  Foaled June 15, 2008, in Florida, Mucho Macho Man’s breeders were Carole and John Rio.  Although he was a late foal, he grew to be 16.3 hands.  For most of his racing years he was owned primarily by Dean and Patti Reeves of Reeves Thoroughbred Racing.
Mucho Macho Man raced from age 2 to age 6 and retiring with a record of 25-9-5-6 and earnings of $5,625,410.  At age 3 he competed in all the Triple Crown races.  Mucho Macho Man finished third in the Kentucky Derby, sixth in the Preakness and seventh in the Belmont Stakes.  After recovering from surgery to correct a breathing issue, he returned back to the track in November 2011 to win an allowance-optional claimer at Aqueduct going 1-mile.
Mucho Macho Man won the Breeder’s Cup Classic (G1), at age 5, in 2013, after finishing second by a half-length in the Classic in 2012.  Trained by Kathy Ritvo and ridden by “unretired” jockey Gary Steven in the 2013 Breeders’ Cup Classic, Mucho Macho Man took the lead at the top of the stretch and held on at the wire to defeat the fast-closing Will Take Charge by a head. 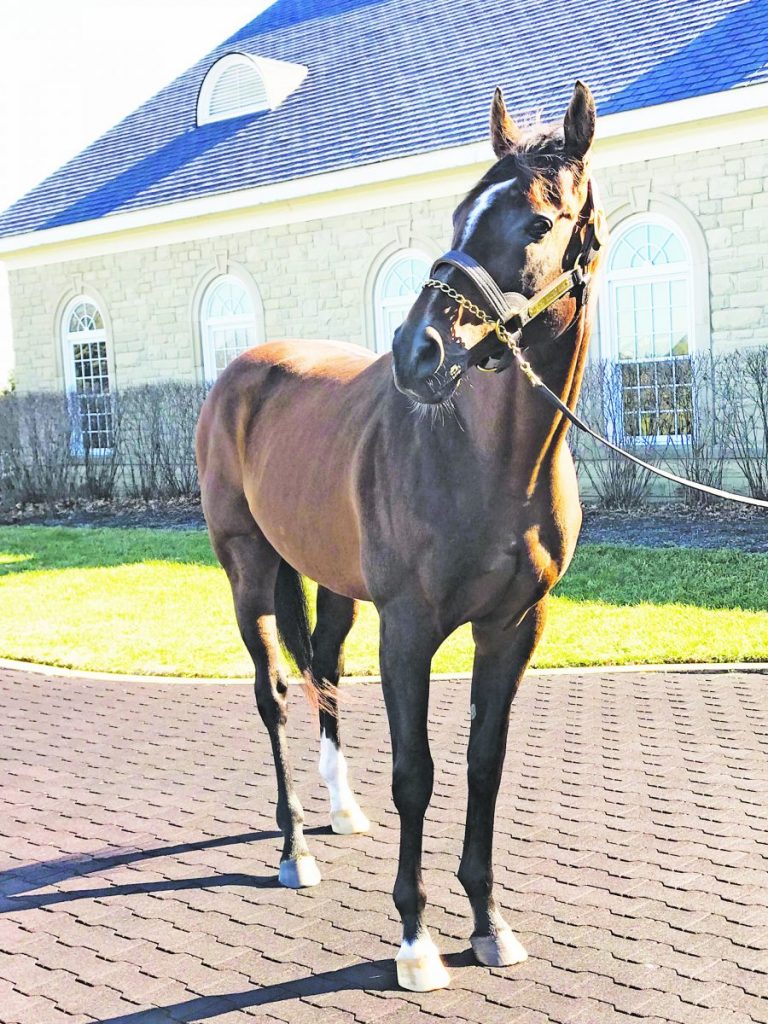 Mucho Macho Man begins his sixth season at stud at Adena Springs, in Bourbon County. He retired with earnings of $5,625,410 and a record of 25-9-5-6, including winning the 2013 Breeders’ Cup Classic.

Mucho Macho Man’s other victories include: the Risen Star Stakes (G2) at age 3; the Suburban Handicap (G2), Gulfstream Park Handicap (G2), and the Florida Sunshine Millions Classic Stakes at age 4; the Awesome Again Stakes (G1) at age 5, and the Florida Sunshine Millions Classic Stakes again at age 6.  He had victories from 1-mile to 1¼ -miles.
Off the racetrack his awards include winning the Secretariat Vox Populi Award in 2013 as the fan favorite for that year.  Both he and trainer Kathy Ritvo overcame various health challenges during 2013 on their way to their Breeders’ Cup triumph.  Racing fans also selected Mucho Macho Man’s Breeders’ Cup victory as the National Thoroughbred Racing Association’s Moment of the Year for 2013.  Additionally, he was selected as the 2013 Florida-Bred Horse of the Year.
He stood his first season at stud in 2015, with his first crop getting to the races in 2018.  According to the 2019 Jockey Club Report of Mares Bred, Mucho Macho Man bred 86 mares last year.  As of February 21, 2020 Mucho Macho Man was second on the list of 2020 Leading Sires in North America.  His leading offspring include Mucho Gusto (winner of the 2020 Pegasus World Cup Invitational Stakes (G1)), and Mucho Unusual (winner of the 2019 San Clemente Stakes (G2)).