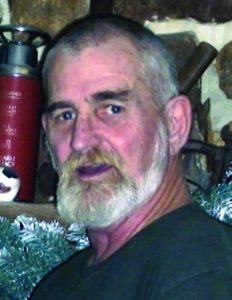 Ronald Jay Smith, 68, died Saturday, February 29, 2020 at his home in Paris, KY.
A native of Wichita Falls, Texas, he was the son of the late J.C. and Ovenea Owens Smith.  He was a retired carpenter and a veteran of the United States Air Force.
He is survived by one daughter, Rhonda Smith; one granddaughter, Ashley Edwards (Brandon Farley); one great grandson, Joseph Farley and one sister, Martha McCord.
In addition to his parents, he was preceded in death by two brothers, Virgil L. Smith of Lexington, KY and Jerry R. Smith of Freeport, FL and one sister, Linda Sue Crawford of Millbrook, AL.
There will be no services at this time.
The arrangements were entrusted to the Lusk-McFarland Funeral Home, 1120 Main St., Paris, KY.
The online guestbook is at www.Lusk-McFarland.com and a 24 hour funeral information line can be reached by calling 859-987-4387.