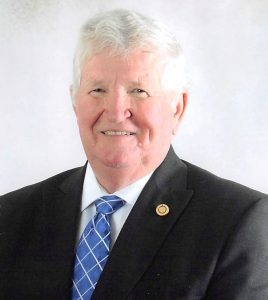 John Lynn Glloway, 79, husband of Karen Hutchinson Galloway, passed away unexpectedly on Monday, March 9, 2020 in Port Charlotte, Florida. He was born April 25, 1940, in Winchester, Kentucky son of the late Jessie E. and Paulina Owen Galloway. John was a 1958 graduate of North Middletown High School. He received his Bachelor’s Degree from Morehead State College in 1962 and was on Morehead’s very first golf team, winning the first match in the history of the school.

He is survived by his wife of over 50 years, Karen; two daughters, Kelly (Vince) Willoughby, Beth (Joel) Wilson; five grandchildren, Stephen (Emmie) Willoughby, Grant Willoughby, Emily Willoughby, Adam Wilson, Sarah Wilson; a brother, Dr. Harry (Sue) Galloway; his special dog, Gracie; and several nieces and nephews. In John’s own words, “My gifts to the world were two fantastic daughters who between them had five incredible grandchildren and a loving, beautiful wife of 50 plus years. All of them are very successful and married respectable people. Love them all and they have made me look good.”

Family and friends are also invited to remember John’s life on his birthday, April 25, from 4:00 p.m. to 7:00 p.m. at Houston Oaks. www.hintonturner.com