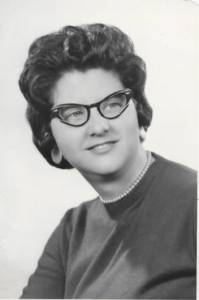 Paula Sue Littrell, 86, of Paris, went home to be with her Lord and Savior on Thursday, May 21, 2020.  She was a loving mother, grandma, daughter, sister and friend.  She was born in Pinsonfork, KY in 1934 and was a native of Williamson, WV and Lexington, KY.

She was the daughter of the late Arthur Paul and Eva Blank.  She was a member and Sunday school teacher for teens and adults at the Trinity Baptist in Lexington, KY and attended Central Baptist Church in Paris.  She graduated from Henry Clary High School in 1952, attended the University of Kentucky, and had been a Kentucky Colonel since 1990.  Her favorite scripture which brought her much comfort was Psalm 23.

She was preceded in death by her parents, a son, Larry Joseph Littrell and two younger sisters, Betty Mastin and Kay Ragland.

No public services will be offered.

Memorial donations are suggested to Samaritan’s Purse Operation Christmas Child at samaritanpurse.org/operation-Christmas-child/ways-to-give, which was near and dear to her heart.