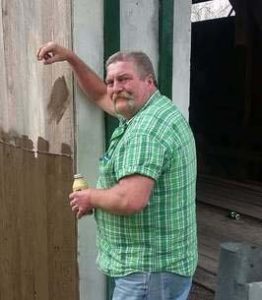 Billy Ray True, age 62, of Paris, departed this life on June 24, 2020, at Bourbon Community Hospital. He was born on November 7, 1957, in Covington, Kentucky, the son of the late William A. and Louise Williams True, was a graduate of Bourbon County High School, worked at Jerry’s Restaurant, and was a member of River of Life Ministries. Besides his parents, Billy was preceded in death by his wife, Mary Ellen Courtney True.

The funeral service for Billy Ray True will be at 10:30 a.m. on Tuesday, June 30, 2020, at River of Life Ministries with Pastor Krista Hampton officiating. Interment will follow in Paris Cemetery with casket bearers being Eugene Franklin, Darryl True, Ronnie True, Keith Willoughby, Barry Hunter, and Jackie True. Honorary bearers are Jerry’s Restaurant employees and his grandchildren. Visitation will be on Monday evening, June 29, 2020 between the hours of 5:00 p.m. – 8:00 p.m. at the church.