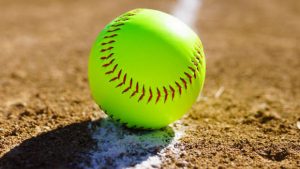 VERSAILLES, KY – Starting tomorrow morning in Woodford County, the 2020 East West Senior All Star Softball games will be played, allowing a few Kentucky fastpitch softball seniors, who missed out on their final year because of the Coronavirus Pandemic, to get their chance to suit up one final time as a high school player. They will be using Woodford County High School field and the Versailles Park and Recreation fields.

Playing for the East Section 3 team will be Lady Colonel seniors Kaylyn Barnett and Kyra Curtis. They will team up with other players from Region 9 through 12. The East Section 3 team will take on players from the West All-Stars Region 5 through 8 at 10 am. The West team includes three members from Louisville Male’s 2019 undefeated KHSAA State Softball Championship team that went on to be ranked No.3 in the nation after finishing their season 39-0. At noon, players from Region 1 through 4 will take on senior players from Regions 13 through 16. There will also be a consolation game at 2:30 and the championship game between the two early winners is set for 4:00 that afternoon. 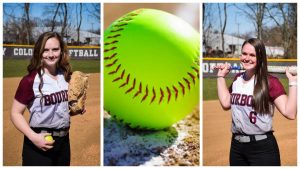 Barnett and Curtis were just two of an incredibly talented group of Lady Colonels that had enough/ right ingredients to win the 10th Region title after losing in the finals over a year ago. They entered this season ranked No.1 in the preseason poll by the coaches and Barnett was ranked as the top returning player in the region, after being voted the Player of the Year as a junior. Curtis was also mentioned as a top player to watch in the 10th Region as well.

Lady Colonel Head Coach Tony Sosby said that it has been a pleasure to coach these two outstanding senior players along with their fellow senior teammates, despite knowing that they missed out on, what should’ve been, a special season.

“Our staff felt like this was going to be potentially the best team in the school’s history and that we could have been a top 5 team in the state by the end of the year.” The Coach would then go on to talk about his two all-star players.

“I have coached sports now for 40+ years and I have never had a more dedicated individual (male/female) than Kaylyn. What makes her efforts so amazing is that she works on offense (hitting) and defense (pitching & fielding) equally. The number of hours that she puts in daily is a testament to what hard work can do to make you successful. She leads by example, which is a characteristic that all great athletes have. Kaylyn has earned all of the individual recognition that she has received in her high school career. 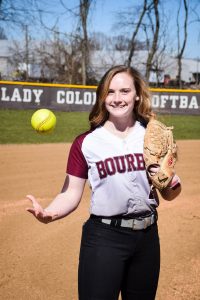 Barnett, who will continue her softball career at Georgetown College, was named to the Kentucky Softball Coaches Association’s All-State Second Team as a junior and participated in the Kentucky East/West All-Star Softball Series. In what turned out to be her final season, Barnett led the Lady Colonels in runs scored (47), hits (54), doubles (13), homeruns (12), batting average (.482), tied in RBIs (47) and was second in walks (17). She struck out just two times during 112 plate appearances. As a pitcher, she recorded 18 wins against 4 losses, struck out 109 batters and had a 3.36 ERA, leading her to being named the school’s “Female Athlete of the Year” during the Bourbon ESPYS last summer.

“Being picked to play in the all-star game is an honor,” Barnett shared through a text message. “What I liked most about playing in the all-star game my junior year was the atmosphere. It was a joy meeting new people and getting to play with such talented girls. I love getting the opportunity to represent Bourbon County softball and I cannot wait to do it again this year with a fellow teammate.”

When it comes to Kyra, Coach Sosby said that she had a breakout junior season that the coaching staff thought was possible once she started to focus.

“Her natural athletic ability was a great asset for our team. She could play infield or outfield equally well and there are not many high school players that can do both. She has overcome some obstacles to make herself better. I think/hope this opportunity to play in the all-star game will open some doors for her to allow her to continue to play softball at the next level.”

Cutis, ranked as the 11th best player in the region going into her senior season, finished off her junior year with 41 hits, a team-high 47 RBI, scored 45 runs, along with 9 doubles and 9 homeruns. 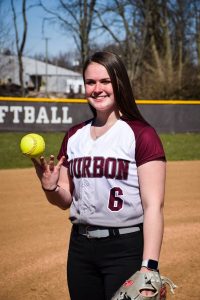 “I can’t even explain how I was feeling when I got the call from Coach Sosby saying that I had been given the chance to play in the East vs. West All-star game. I will enjoy the experience to meet new people who love the game just as much as me and strive to dedicate every moment to the game of softball.”

If You Go, There Are Things That You Will Need To Know:

—They will be observing the COVID-19 guidelines.
—You will need to wear a mask to the games and be prepared for everyone (players and fans), to have temperature checked at the gate.
—Players and families will need to stay at least 6 feet apart. If you have a tent, please bring it.
—Tickets are $10 for the whole day and they will have to limit the number of fans to 50 for each game.
—The Hall of Fame induction will be around 2 pm on the field.
—T Shirts will be available for purchase at $15.00 each and programs for $1 each.