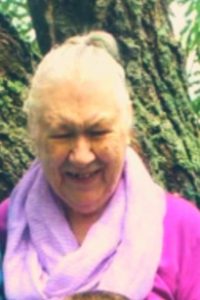 A native of Millersburg, KY, she was the daughter of the late, Herman and Geneva Whalen Linville.  She was a retired beautician and a member of the Millersburg United Methodist Church.

In addition to her parents, she was also preceded in death by one son, William “Bill” Dixon; one great grandson, Devon Bond; one sister, Mary Lee Hollar and one brother, Harold Linville.

Funeral services will be conducted at 11:00 AM Thursday August 13, 2020 at the M.E. Pruitt Funeral Home, 303 Main St., Millersburg, KY by Michael Morrison.  Burial will follow in the Millersburg Cemetery.