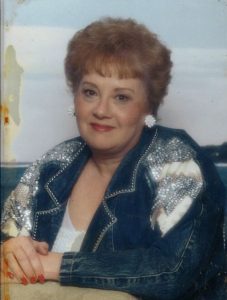 A native of LaGrange, KY, she was the daughter of the late Caldwell Robertson and Ella Richardson Lewis. She was a retired banker having worked for 45 years at Central Bank, 5/3 Bank and Farmers National Bank.  She also worked at American Mutual Insurance Company and Ken’s New Market.  She was named a Kentucky Colonel by Gov. Paul Patton.

In addition to her parents, she was preceded in death by a sister, Betty Marshall; stepfather, Lloyd Lewis and stepson, Jimmy Wayne Purcell.

Funeral services will be conducted at 1:00 PM Friday, September 4, 2020 at Lusk-McFarland Funeral Home, 1120 Main St., Paris, KY by Bishop Steve Pearce.  Burial will be in the Paris Cemetery.