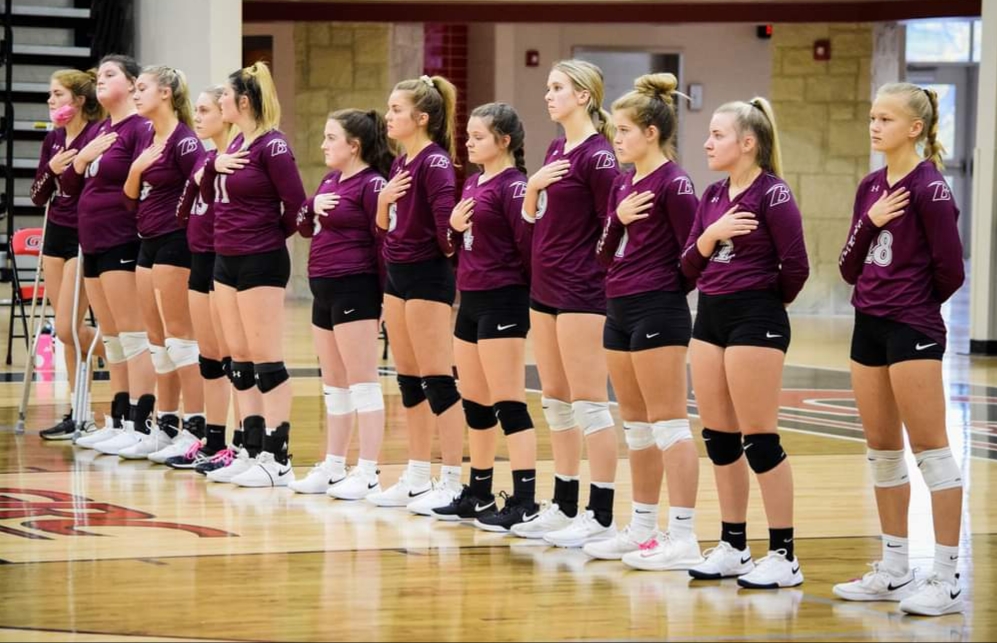 TAYLOR MILL, KY – For the second consecutive season, Coach Stephanie Sosby’s Bourbon County Lady Colonel Volleyball Team will play the Scott High Eagles in the quarterfinal round of the 2020 10th Region Tournament that will get underway tonight at four different sites that are being hosted by district winners. Scott won the 38th District Title over Campbell County, while Bourbon lost the 40th District Title to Montgomery County.

Winner of tonight’s Scott/Bourbon matchup will host the Harrison County/Bracken County winner tomorrow night at 6:30 in the semifinal. Then, the two semifinal winners will play for the championship on Thursday evening at Maysville St. Patrick High School at 6:30.

Scott, the defending region runner-up, eliminated Bourbon from the region tournament last season by the score of 3-1 and they are favorite again against the Lady Colonels for their encounter this evening.

WINCHESTER, KY – Coach Stephanie Sosby’s Bourbon County Lady Colonels, playing without the services of one of their heavy hitters (sophomore Abby DeBord), gave top seed Montgomery County all they wanted and some before falling 3-1 in the championship game of the girls’ 40th District Tournament that was played last Tuesday evening inside the new state-of-the-art George Rogers Clark High School Gymnasium.

The Lady Colonels reached the championship game after breezing past George Rogers Clark 3-0 in the semifinal, winning the sets by scores of 25-20, 25-20 and 25-16. This also marks the first time Bourbon will be making back-to-back trips to the region since ending a five consecutive trips run in 2007. In addition, the Lady Colonels were trying to become the first Colonel team to win back to back district titles, but they would come up a little short. 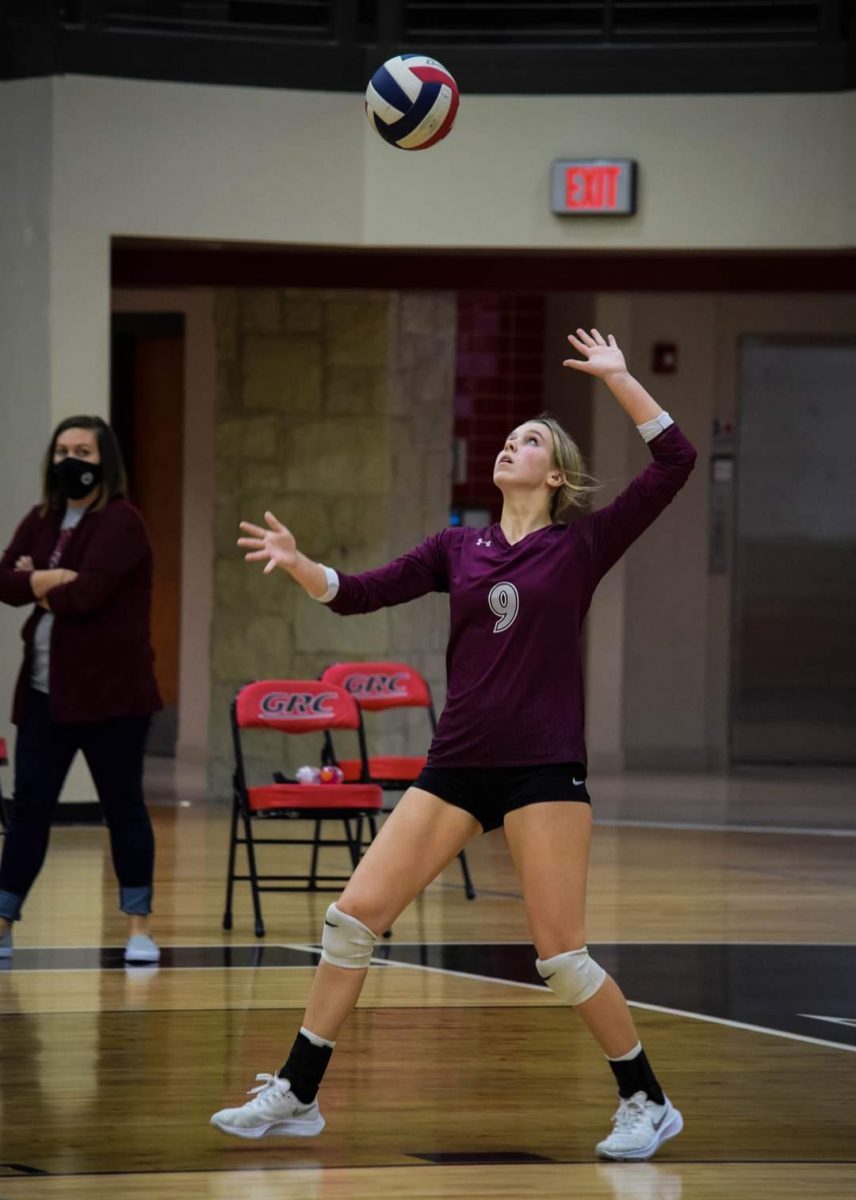 Bourbon (11-8), who beat Montgomery in the title game a year ago, dropped the first set 25-10. Sosby’s team closed the gap to 8-7 before the Indians, led by the strong hitting of sophomore Hadley Beckham and junior Annie Ledford, went on a set closing 17-3 run to put this one away. Montgomery never trailed during that set.

The Lady Colonels, behind the play of senior Lyndsay Johnson and the serving of junior McKenna Denney, came charging back in the second set to win 25-17, as Denney served out the set by winning the final five points. The game was tied at 16-16 before Bourbon, shaking off the rust after that miserable opening set, went on their run that was highlighted by the serves of Denney and Marli Brown and the nice floor play of Hannah Hamelback that saw her make a diving save on a dig that led to a point and jumped started her team on their late game 10-1 run. BC’s first lead of the night came at 7-6 on a kill by Johnson.

The third set was a fight to the finish.

Montgomery (10-7) raced out to a 12-6 advantage before Sosby’s team rallied to tie the game at 20-20 and then, took the brief lead on a point by Johnson at 22-21. The Lady Indians, thanks to the hard hitting of junior Ansley Shields, responded by scoring the final four points of the set on the severing of junior Brianna Terpening and the game point kill by Ledford.

The fourth set was one for the ages as both teams left it all on the floor.

Bourbon led 10-7 early but Montgomery roared back to race in front 18-12 on six straight scoring serves by Terpening. Instead of quitting, the Lady Colonels regrouped to battle back to tie the score at 24-all behind the jump serve of senior Sarah DeBord and some great digs out of seniors Hamelback, Makenzie Kincade, Reese Michael, and Johnson, as well as great net play by the junior Allie Hill and Denney. 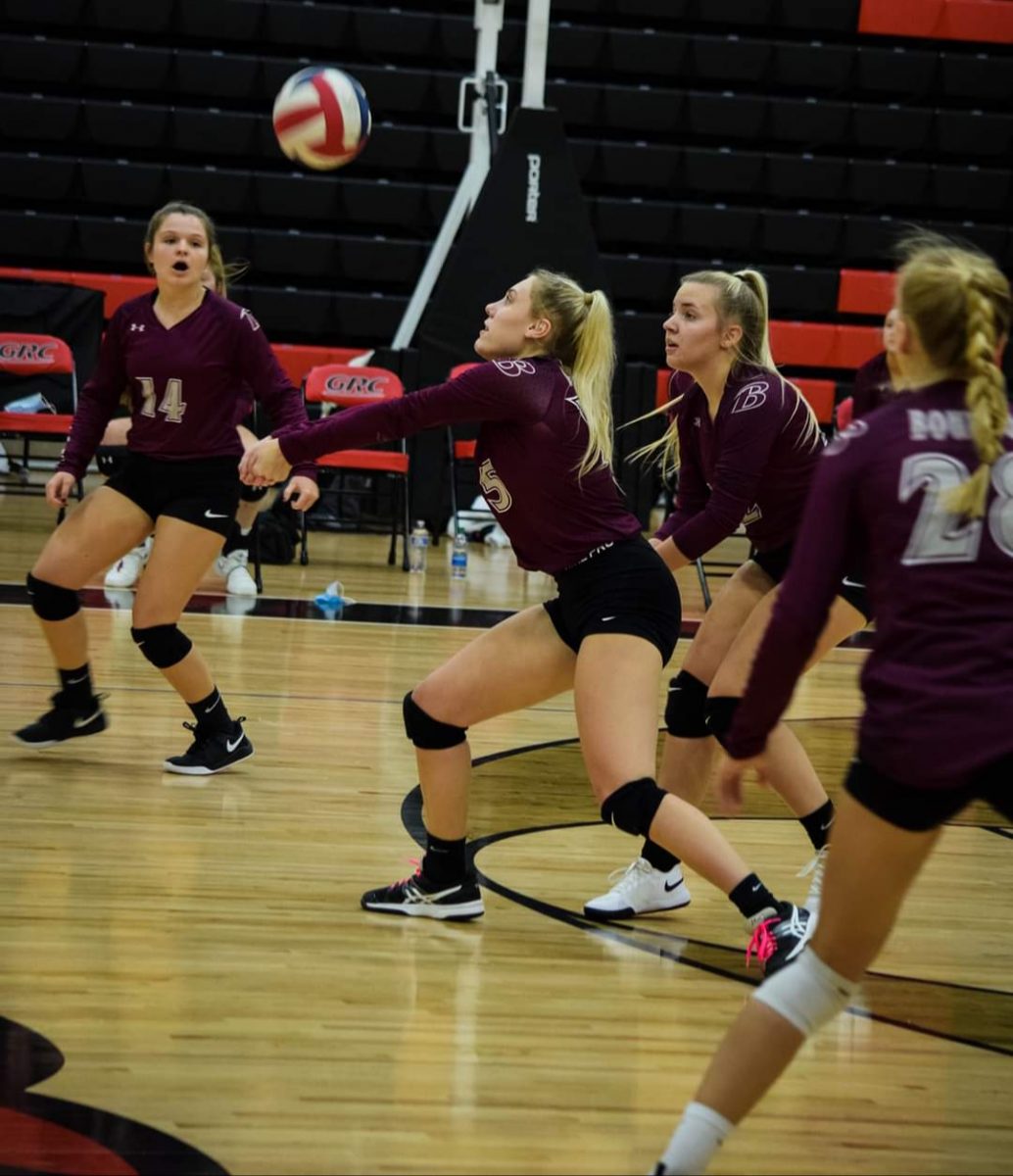 Although BC gave it their best shot, it was MC that made the plays at the end to pull out the tough 26-24 victory to claim their first district title since 2014.

During their victory over host George Rogers Clark (0-15-3), several Lady Colonels came up big on the evening. 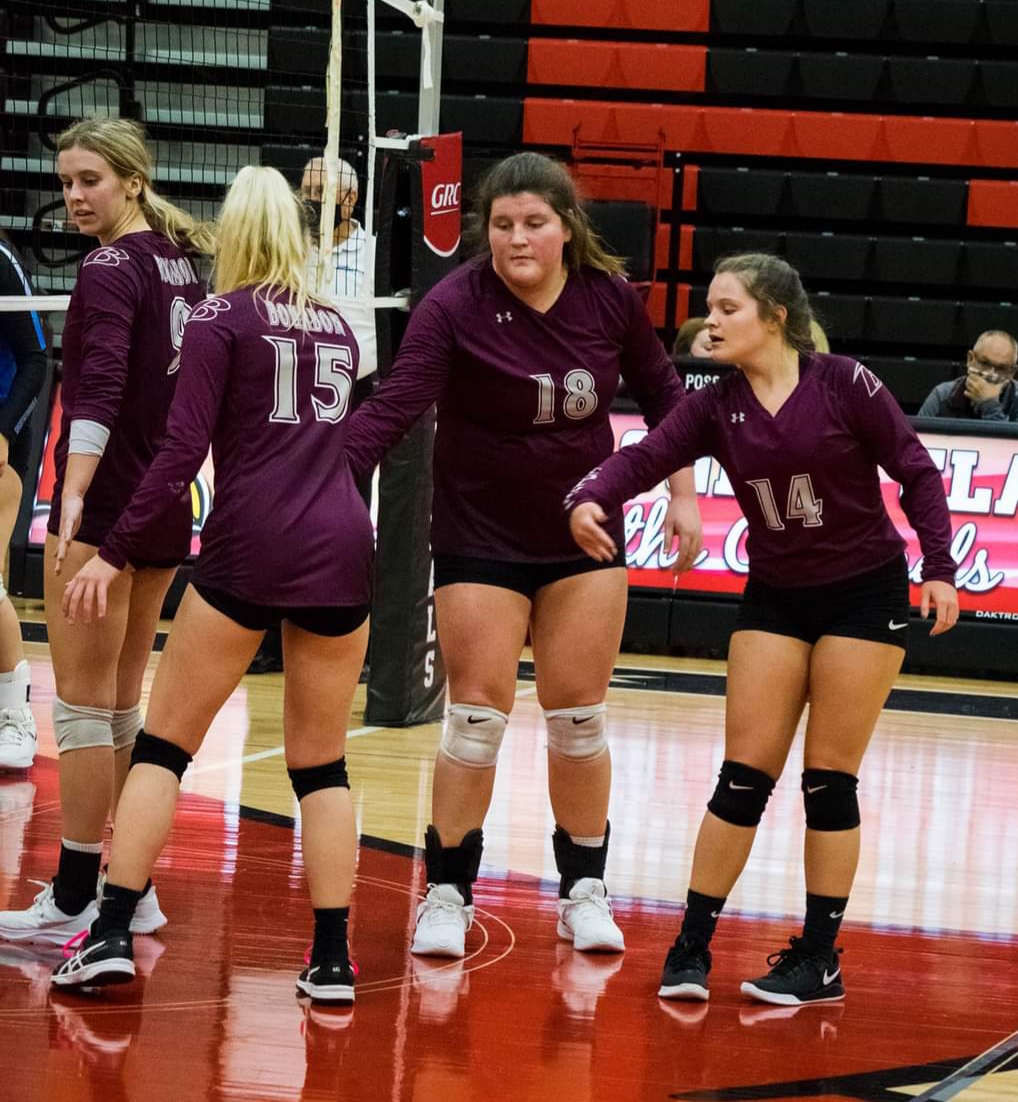 All photos for this article were taken by Krista Barnett