The Cardinals Will Play For The 40th District Championship

PARIS, KY – The George Rogers Clark Cardinals easily dispatched the Paris Greyhounds, not once ceding the lead against a depleted Greyhound team that was without several starters. Although it probably wouldn’t have matter because Coach Josh Cook’s team was clicking on all cylinders in rolling to the easy 86-38 blowout of the host school inside Earl Redwine Gym Sunday afternoon to tipoff the 2021 40th District Tournament. 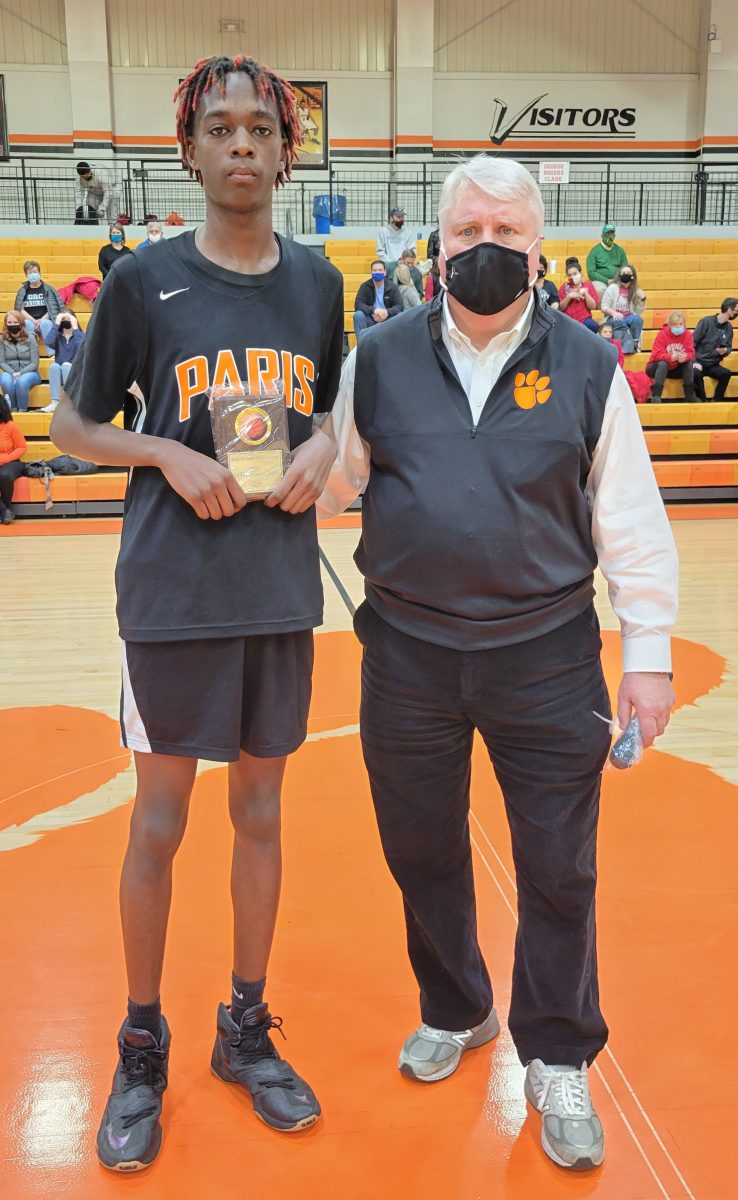 The victory advanced the three-time defending 40th District Champion Cardinals to their fifth straight district title game where they will face the Bourbon/Montgomery winner at 7:00 on Thursday evening inside Redwine Gym.

Even though the Hounds were missing a few players, they had no answers for Coach Cook’s team, who finished the regular season losing four of their last nine games. They looked the part of a team that is ready to defend their region title from a year ago, after missing the opportunity to compete at Rupp Arena last year because of the cancellation of the state tournament due to Covid.

The loss ended Paris’ first season under Coach Baker with a 3-16 record. The win improved the Cardinals to 15-4 on the year.

Behind the scoring of junior guard Jerone Norton and senior guard Jared Wellman, the Cards raced out to an 8-0 lead just two minutes into the game. The Hounds closed the gap to 8-3 on a made three by senior guard Ricqiece Washington. The Cards answered that basket with a 16-0 run that was highlighted by six points from Norton and 8 points from Wellman. Before the quarter would end, GRC’s lead grew to 32-11 after one quarter of play. 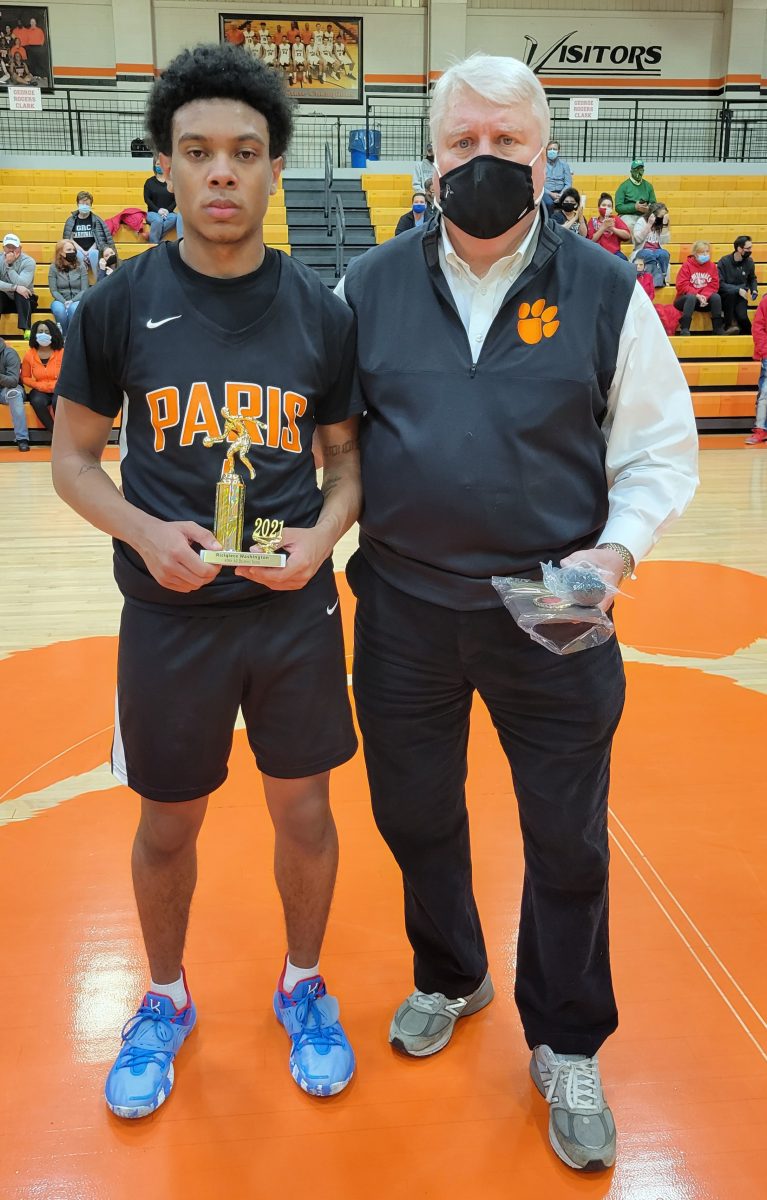 ALL-DISTRICT SELECTION – For his outstanding play during the regular season that saw him go on a tear towards the end of the season, Greyhound lone senior Ricqiece Washington was named to the All 40th District Team. Washington is pictured with Paris’ Athletic Director Cary Barr.

Thanks to the scoring of junior forward Kentarrion Downey, as well as Washington, the Hounds closed the margin below 20 at 34-18 at the 6:56 mark of the second frame. Cook’s team didn’t budge for a second despite Paris’ mini run as they responded again with junior wing Trent Edwards, junior guard Aden Slone and junior forward Stanley Smother leading the way.

The Cardinals closed the half on a 20-4 run to take a 54-22 lead into the halftime break. Norton finished the first 16 minutes with 16 points and Wellman added 15.

Back to back baskets by Norton to start the second half put the running clock into play as GRC’s lead increased to 58-22 just 20 seconds into the third period.

Made threes from seventh grader Malachi Ashford and sophomore Cortayion Smith, followed by consecutive buckets from Downey, saw the Greyhounds close the margin back under 30 at 65-36 but from there, the Cardinals would not allow the Hounds to get any closer as they would go on to lead after three frames 73-36.

Clark, behind the scoring of Norton and junior wing Jeremiah Mundy-Lloyd, outscored the Greyhounds 13-1 over the final eight minutes to coast home for the 86-38 victory.

Norton led all scorers with 26 points and Wellman followed with 20. Edwards chipped in 10 points and Slone had 9. Smother and Mundy-Lloyd scored 6 points each, while Reshaun Hampton and Chris Norton contributed 3 points. Rounding out the Cardinals scoring had Sammy Hernandez with 2 points and Kareem Guerrant with one point.

Downey paced the Greyhounds with a career-best 14 points and a career-best 11 rebounds, along with 2 blocked shots. He was named to the 40th District All-Tournament Team. Washington, a member of the 40th District regular season team, finished with 12 points and 5 rebounds. Ashford added 6 points, Smith 3 and freshman Ethan Dunn rounded out the Greyhound scoring with one point.