by winning the team and individual titles 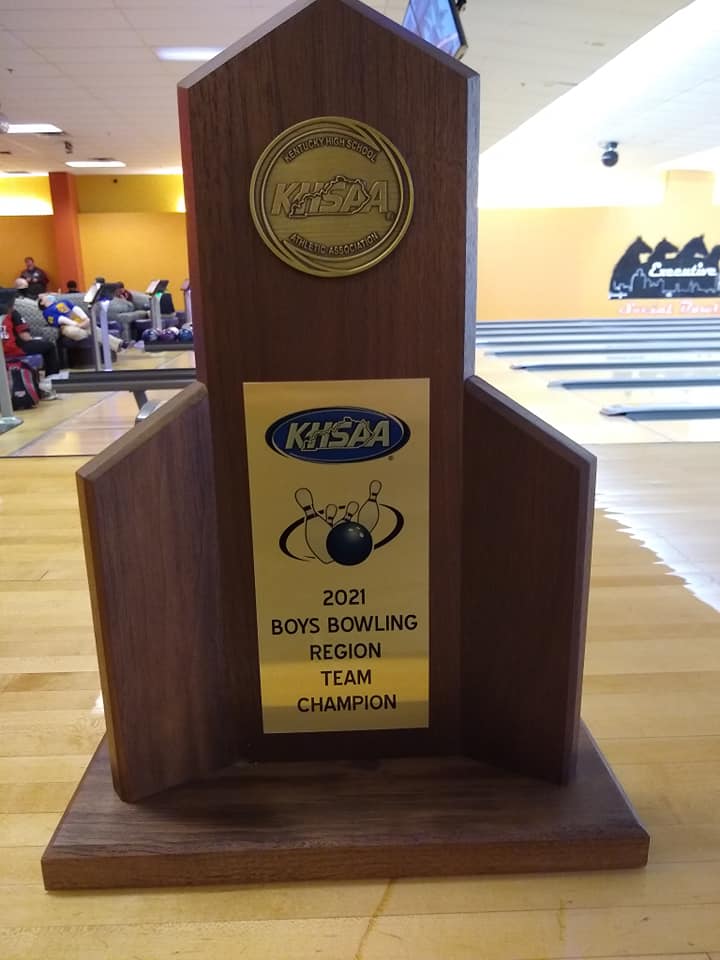 This afternoon, Bourbon County Colonel senior bowler Wesley Yazell, freshly off his second consecutive Region 7 Singles Title, will start his defense of his state title that he won a year ago, despite the unusual season where they had to deal with Covid protocol just like other sports. Yazell will try to become the first 2-time state champion ever at the school in bowling.

The boys’ team and singles competition will open the week today, March 22 with the boys’ team event starting this morning at 8:15 a.m. and the singles tournament slated to begin at 2:40 p.m. this afternoon. The girls’ team and singles championships will be held on Tuesday, March 23 and follow the same time schedule as the boys’ competition, with the Unified Championship slated to start at 11 a.m. on Wednesday, March 24. 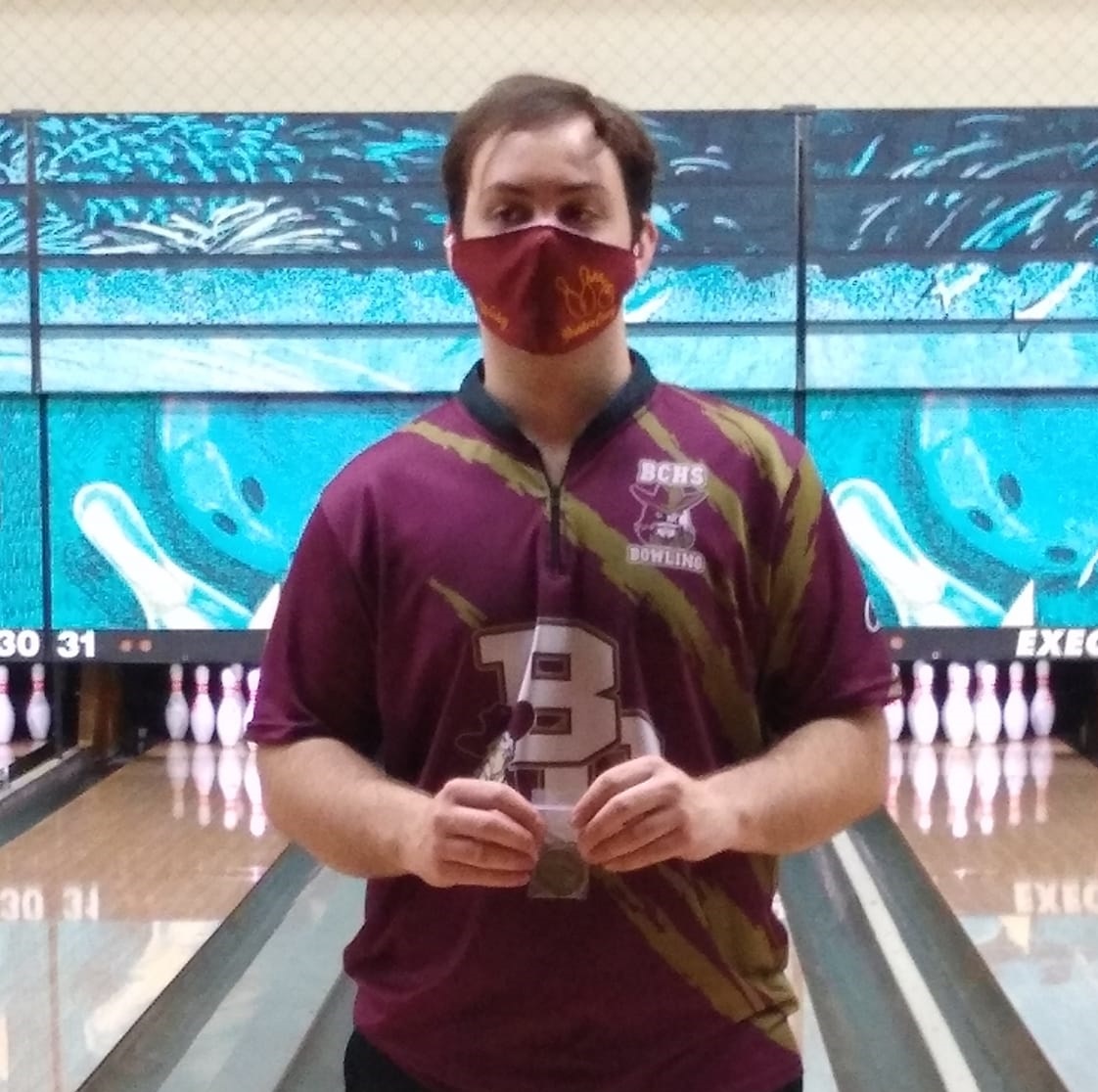 2021 7TH REGION KHSAA BOWLING SINGLES CHAMPION – Wesley Yazell defended his region bowling title last week. He rolled 1228 for the 5 qualifying games that gave him a top seed before he won the title match 208-200 over Lafayette’ Trey Vice. Wesley will now try to defend his state title today in Louisville.

The boys’ and girls’ team events will begin with two qualifying games in order to seed the squads in a 16-team bracket, with the state champion determined through baker games. For the Boys’ and Girls’ Singles Championship, each competitor will bowl three games before the field is trimmed to the top eight individuals. The top eight will then roll two additional games, with the top four boys’ and top four girls’ performers advancing to the step ladder bracket, which will continue through its completion.

“To repeat as state champion, I must remain focused on my game and prepare myself for a long day of bowling at my own pace, as well as keeping my mental game strong,” Yazell shared over a text message. “Even though it was an unusual year, I feel that the coaches and KHSAA did their best to make it seem normal which allowed me to focus and compete at my best ability.”

Yazell, who was the top seed going into the singles tournament round, advanced to the state championship after winning the Region 7 title last week over Lafayette’s Trey Vice 207-200. Yazell, the defending champion, bowled a series high 779 that saw him bowl games of 288, 268, 223. His 288 was the highest bowled game of the day. He concluded the stepladder with a 1228.

As a team, Coach Johnny Yazell’s Colonels defeated top seed Anderson County in the finals, after Bourbon, who bowled a combined total of 1172, came in as the No.2 seed in the team format just behind Anderson’s 1197. On the way to the finals, BC knocked off Harrison County and Paul Laurence Dunbar.

“For the team to win another region title, especially in my senior year, means a lot,” Yazell said “To know that we came together as a team when it mattered the most gives me an assuring feeling that we will keep the same passion and drive moving onto state, and hopefully that energy will carry us further than we have ever been in the state tournament.” 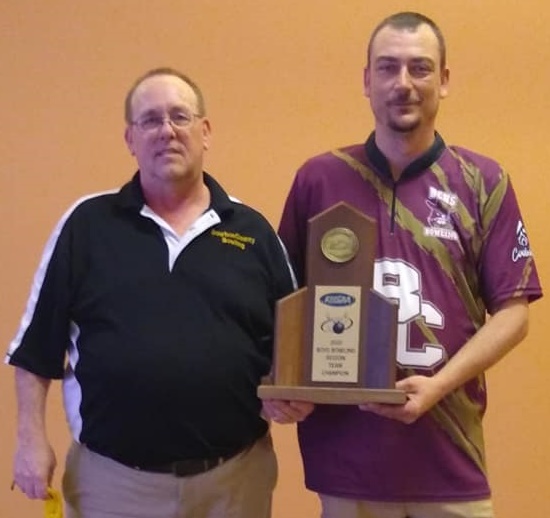 Helping Bourbon to that region team title was junior Devon Hooper, who just missed out on a spot in the singles bracket, after placing sixth in the stepladder. Other bowlers that fared well where sophomore Logan Hooper and freshman Matthew Yazell. Also heading to state with the team will be Garrett Fryman and Aidan Vires.

“Words cannot express how proud I am of this team. Their hard work and dedication gave them what they needed to succeed and win the region again,” shared an incredibly happy Coach Johnny Yazell, who along with Coach David Hooper has kept the program amongst the elite since taking over a few years back. “We had to face a lot of adversity this year due to covid, the season being pushed back and the competition in our region was amazing. But they fought through it all. Now, we know that we have a really good opportunity to go to the state tourney and be successful. Win or lose, these kids are amazing.”

Another member, sophomore Cole Knoe, of that Colonel bowling team, had this to say.

“I’m glad that me and my teammates have come together and won region two years in a row. I have high hopes for state this year with an extra year of experience from last year.”

In addition to the boys’ team, freshman Meredith Fryman, the lone female participant that returned off last season’s amazing girls team that placed eighth at state, nearly missed out on a shot at a singles region title after placing fifth in the stepladder. Fryman, who placed second in the girls region player of the year voting, will get to participate at state with the boys team. 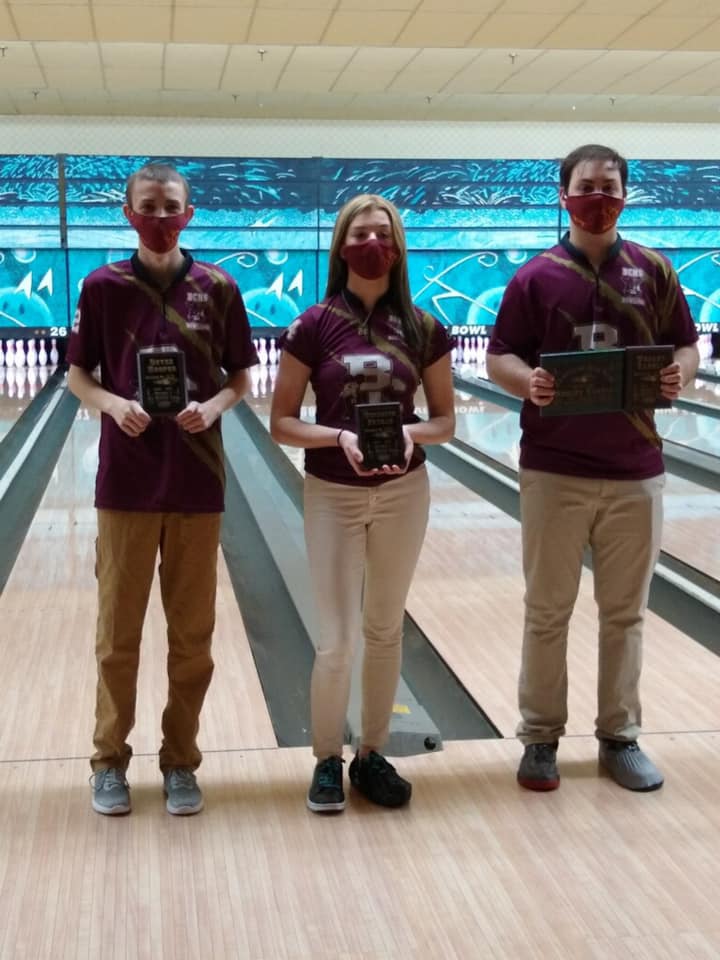 ALL-REGION PERFROMERS – Congratulations to BCHS bowlers junior Deven Hooper, freshman Meredith Fryman, and senior Wesley Yazell for being named to the 2021 All Region 7 Team, while Wesley also took home Player of the Year honors for the second consecutive year.

“Being able to go to state doing something I love and with people who love the sport as well is blessing in itself. After losing all of the girls from last season, I was scared that I wasn’t going to get this opportunity again. I was secretly terrified to bowl with the guys because I didn’t know if I was good enough or be able to keep up. Being the only girl on the team has its ups and downs but I love all the guys on the team like they are my own brothers. I just want to thank Coach Yazell and Coach David Hooper for giving me the opportunity to show my love for the sport. I feel as though I’ve grown with this team.” 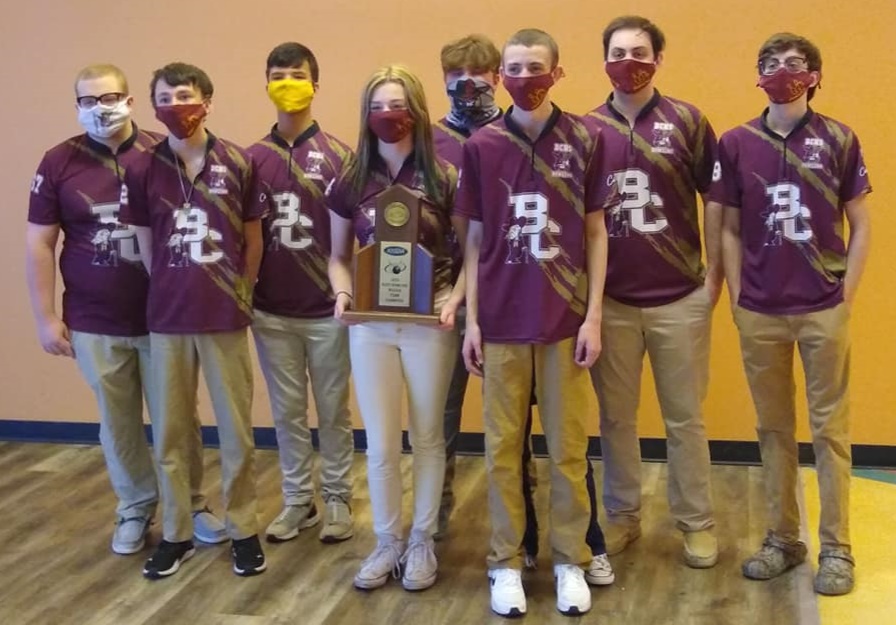