The senior will compete in the 138 pound weight class

WINCHESTER, KY – The 2021 KHSAA State Wrestling Championships conclude today in Winchester as the event makes its inaugural appearance at George Rogers Clark HS for the final round. Due to COVID-19 attendance restrictions, today’s event is sold out, but each bout will be broadcast live by Trackwrestling and available at KHSAA.tv for subscribers to the NFHS Network.

Gates opened for fans at 8:30 a.m. with championship bracket matches (bouts 1-56) starting at 9 a.m. across four mats. Championship and consolation bracket action will continue (bouts 57-112 and 113-140) until the meet reaches the consolation bracket finals, at which point the event will go down to three mats for the seventh, fifth and third place matches (bouts 141-182). Once the competition reaches the championship bracket finals, the final competitors will be introduced and the championship matches will be contested one at a time (bouts 183-196). 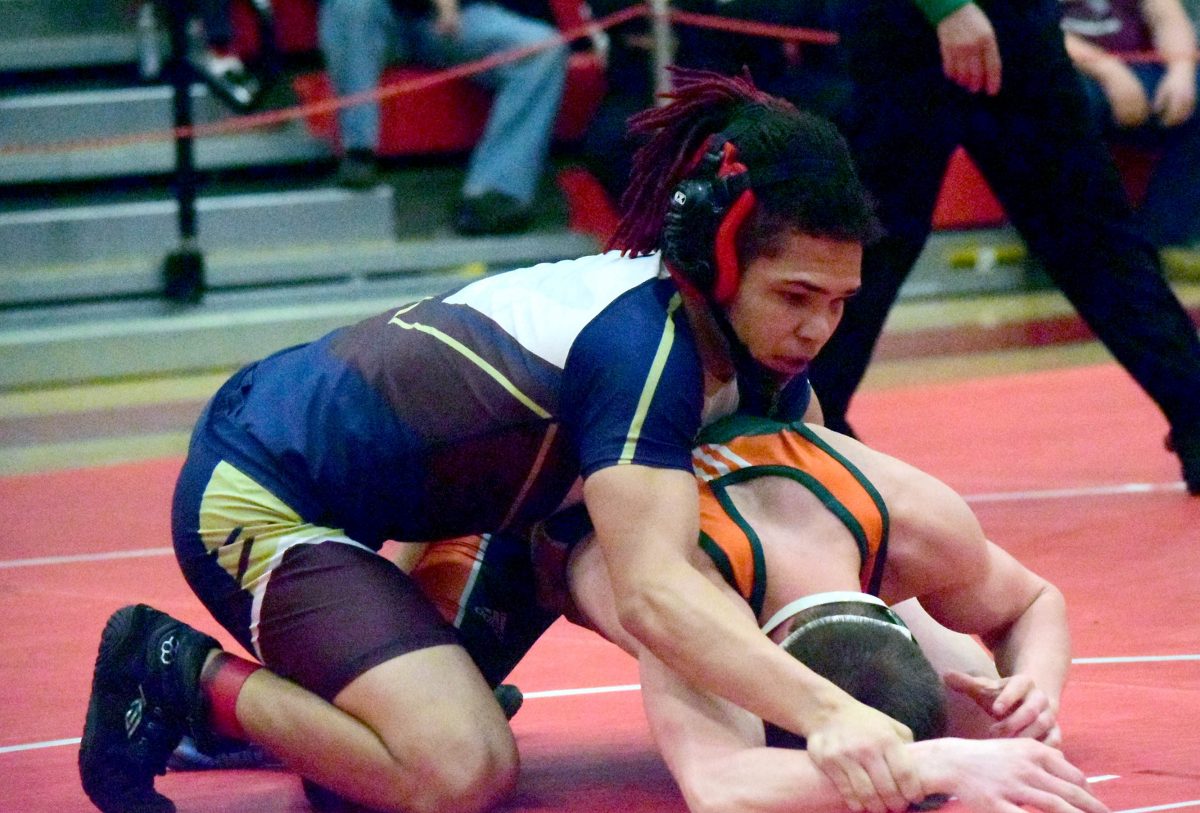 GETTING THE WIN – Bourbon County senior Cainon Akemon, who was the runner-up in the 138-pound class at the semi-state, put on the finishing touches against Frederick Douglass’ Jackson Gonzales, winning the match, MD 16-5. Akemon is currently competing into today’s state finals at GRC. BRAD LAUX l 1016sports

Action from each mat will be webcast live at KHSAA.tv through the NFHS Network, which is a subscription-based service. Subscription plans for the NFHS Network are available for $10.99 a month. A monthly subscription, priced less than the cost of admission to a state championship event, entitles users to every broadcast by the KHSAA and the more than 45 participating state associations. To subscribe to the NFHS Network, visit: https://www.nfhsnetwork.com/subscribe/retail

Results will be available at KHSAA.org throughout the event, with official championship photos of Saturday’s action posted within 72 hours of the finals.

Bourbon County senior Cainon Akemon, who finished third in the 138 pound division at the Region 8 Championships, qualified to today’s state match after finishing second at the KHSAA state semi sectional round that was held at Martin County High School. Akemon lost to Johnson Central’s Seth Davis (Fall 5:42) in the finals after winning three matches prior to the final match. He will face North Hardin junior Devon Herron in his opening match this morning. Win or lose, Akemon will still have at least a second match on the day.

“I’m glad to be a part of this great community, to be part of the Bourbon County wrestling program and to be able to wrestle this year,” said Akemon. “I have put countless hours in blood, sweat, and tears. After I got injured last year and Covid started spreading, I wasn’t sure I would ever get back on the mat. But here I am on top of the world!”

BCHS wrestling coach Terrell Roberts, who was a standout when he wrestled as a Colonel, had this to say about his star wrestler.

“Cainon has always been an amazing wrestler. After returning from a shoulder injury his junior year, he came into the year hungry as ever. He had a good offseason and was prepared for the high expectations I had for him. He worked hard and never complained because I promised him that if he did those two things the sky was the limit and he proved just that by competing in today’s final matches.”

Colonel senior wrestler Dylan Plummer also competed at the state semi sectionals placing seventh overall in the 106 pound weight division after he defeated Bryan Station senior Brandon Bruner. The Colonel wrestler, however, did not qualify for today’s final round. Plummer advanced to the state after placing fourth at the Region 8 Championship that was held at Martin County High School. 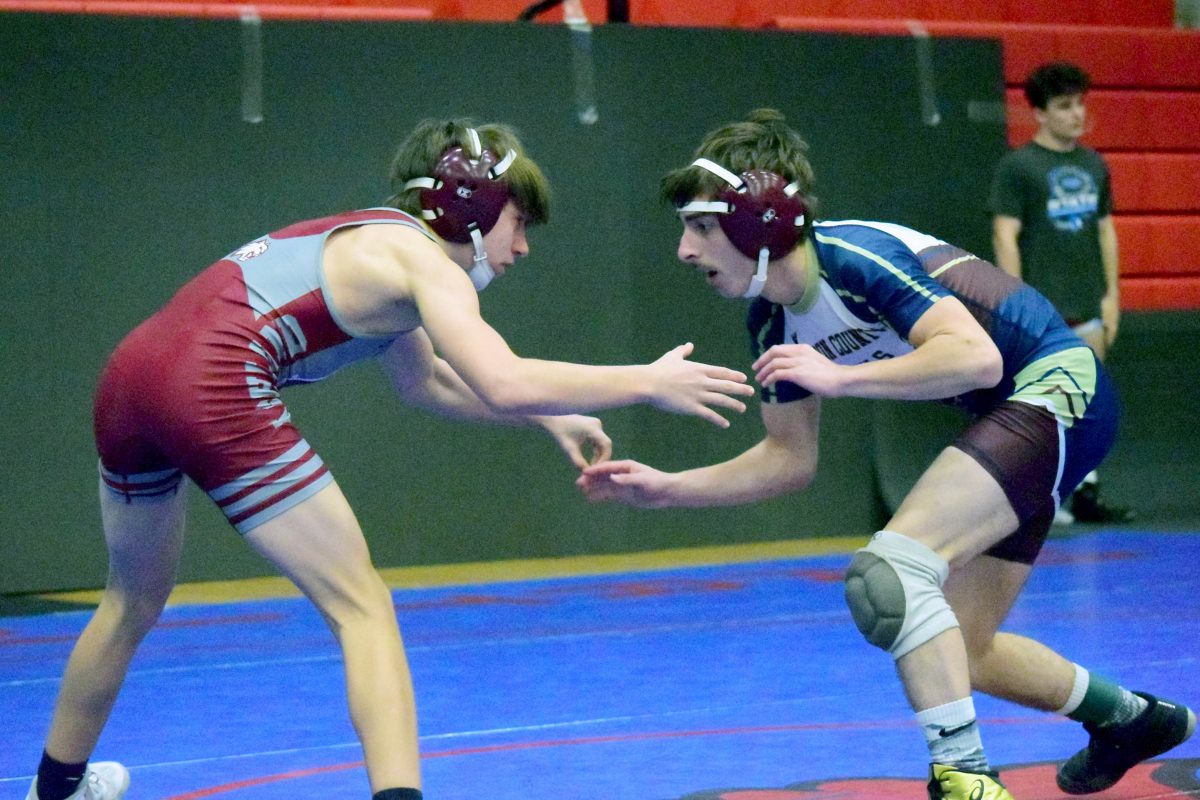 “For me, wrestling these last three years have been some of the toughest challenges I’ve ever faced,” Plummer said through an email. “But with hard work and determination, I became a state-qualifier.”

Coach Roberts said that he always told Dylan that he had a great wrestling mind but he had to connect that to his body. “He did just that this season an improved his wrestling each week. That improvement led him to becoming a state qualifier after just falling short the previous two years.”

Read more about this year’s Colonel wrestling program as well as Akemon and his results at state, along with Plummer in next week’s Bourbon County Citizen’s sports section.