CLINE, OLIVER, CHUMBLEY AND SPEAKS SHINE AT THE 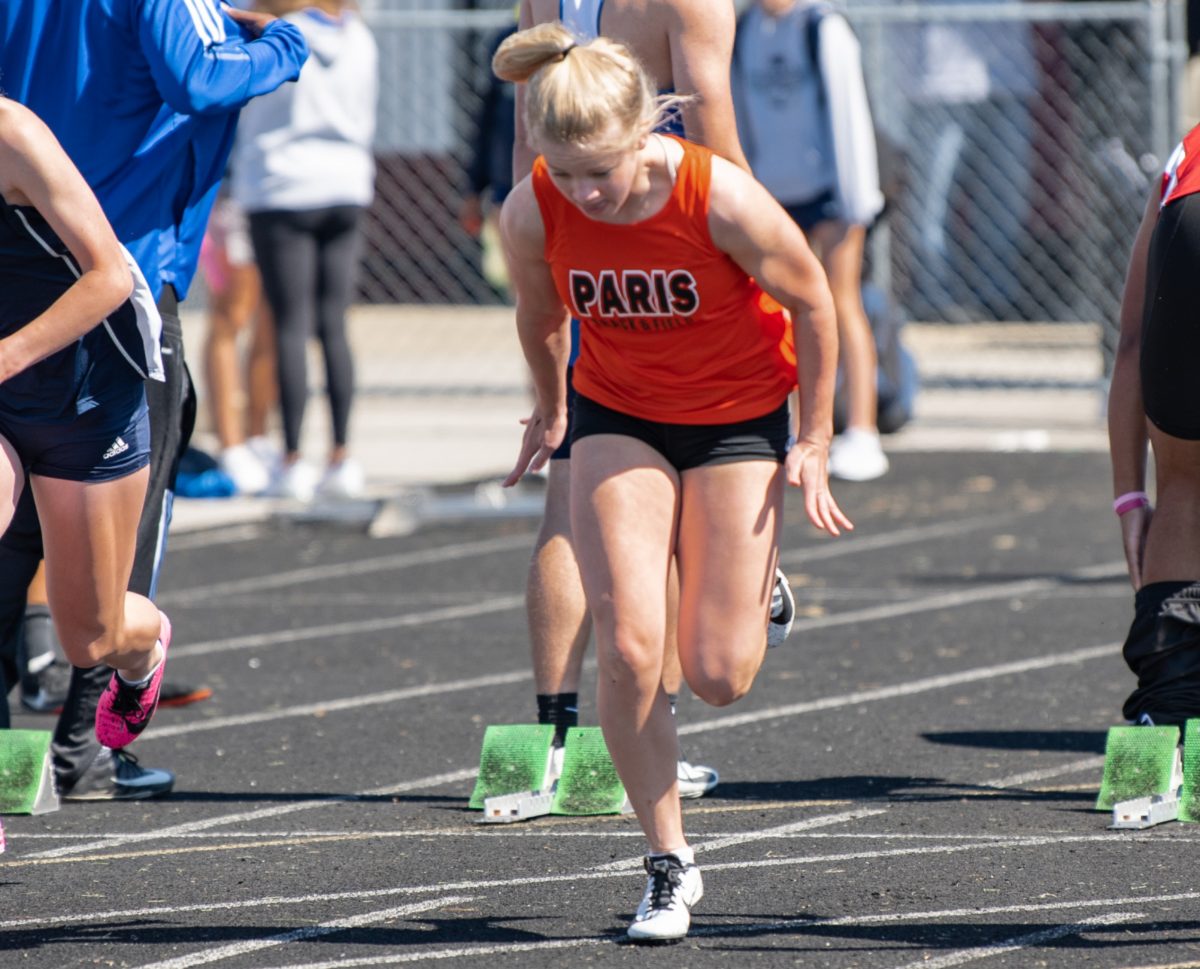 BRILEY CLINE – This rising Ladyhound freshman will be the only participant on the track today for Paris as she will make her debut as an individual at the 1A state meet in the 100 and 200 meter dash.
WHITNEY WIGLESWORTH I Paris Schools Media Relations

DANVILLE, KY – Paris missed the entire outdoor track season a year ago thanks to Covid, after coming off a region runner-up finish the year prior to that. One year later, the Ladyhounds returned to the track this spring and despite having a depleted roster because of injuries, Coach Brian Washington took four girls to Admiral Stadium in Danville on Memorial Day and those four Ladyhounds showed up and out … big time!

“I could only imagine what could’ve really happened had we had our entire squad,” the Paris Coach said afterwards over the phone. “To finish third in the region with just four participants tells me how hard these young ladies have worked this season and I’m extremely proud of them.”

Paris, missing defending 1A Region and State 100 and 200 meter Champion Taesha Speaks, along with relay members Chloe Kemper and Zoe Strings, never missed a beat as they racked up 66 points that included five region titles by three individuals, with the fourth finishing as a region runner-up. However, had they had those other ladies, this team would’ve walked away with the program’s first region track title for the girls’ team since the mid 70’s. 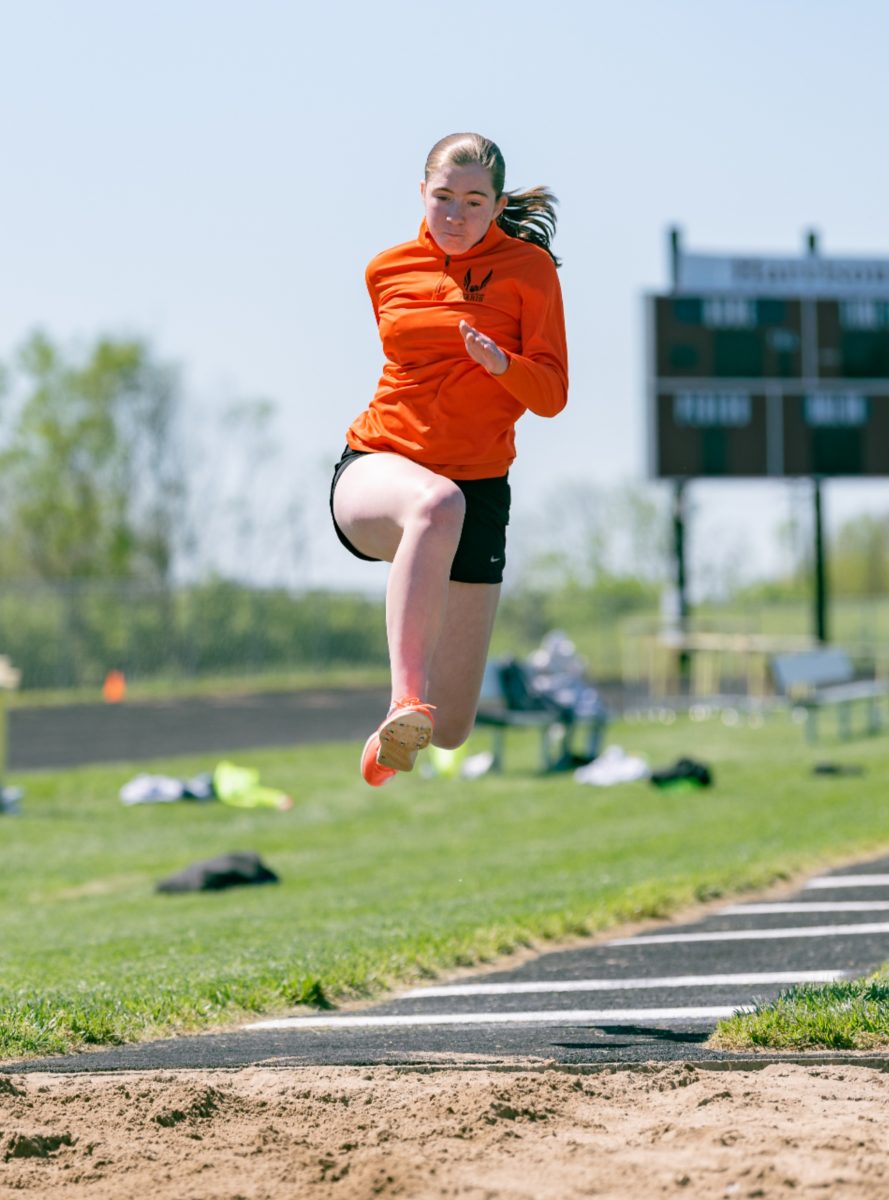 KATY CHUMBLEY – The Ladyhound sophomore will compete in the long jump and triple jump at today’s Class A State Meet that will get underway at 10am at UK. WHITNEY WIGLESWORTH I Paris Schools Media Relations

Lexington Christian Academy won the Region 4 title with 98 points and Frankfort placed second with 88 points. Paris’ 66 was third, Trimble County was fourth (61 points) and Burgin placed fifth after scoring 52 points. Had the Ladyhounds had their entire squad, they would’ve easily tacked on 36 more points that would’ve been more than enough to overtake LCA to win the title.

Leading the way for Paris on the track was freshman star Briley Cline, who exploded on the scene earlier this season to give the state notice that there’s a new sprinter at Paris that’s ready to make some serious noise.

With Cline being the only runner for Washington’s squad, Paris did have three participants participate in five events in the field portion of the track meet.

Junior thrower Riah Oliver led the way by winning a region title in the discus and shot put, repeating that feat she accomplished two years ago as a freshman. Her toss of 92 feet in the discus helped her win that event by nearly 9 feet. She heaved the shot 31-5.50 inches to beat out Frankfort’s Amyah Robinson and her throw of 30-08.50. 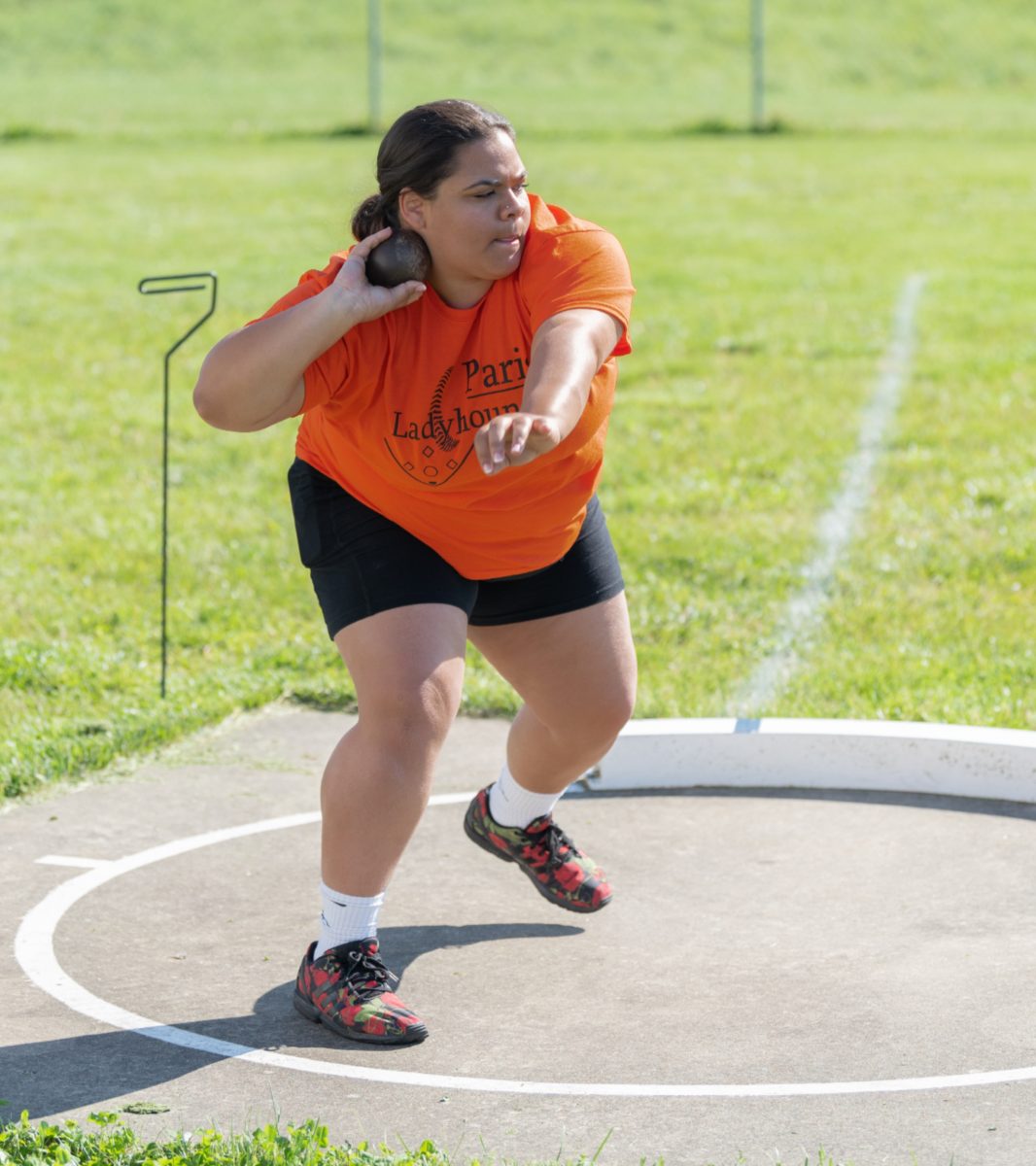 RIAH OLIVER – The Ladyhound junior will heave the shot put and toss the discus at the KHSAA 1A State Track and Field Championship today at the University of Kentucky. WHITNEY WIGLESWORTH I Paris Schools Media Relations

Sophomore Katy Chumbley was perhaps the biggest surprise of the day for Paris after she walked away with a region title in the triple jump and a region runner-up finish in the long jump after being ranked fourth in both events coming into the region. Not bad considering Chumbley got a late start to her season after battling Covid! Chumbley won the triple jump by completing the three phrase jump with a landing of 30 feet, 6 inches. She went 13 feet, 1 inch in the long jump as she barley lost the title to Carroll County’s Sydney Singer, who leaped 13 feet, 5 inches.

The final participant on the day was junior Amiyah Speaks, who ended her day with a region runner-up finish in the high jump after clearing 4-6, missing out on a region title by one missed clearance. 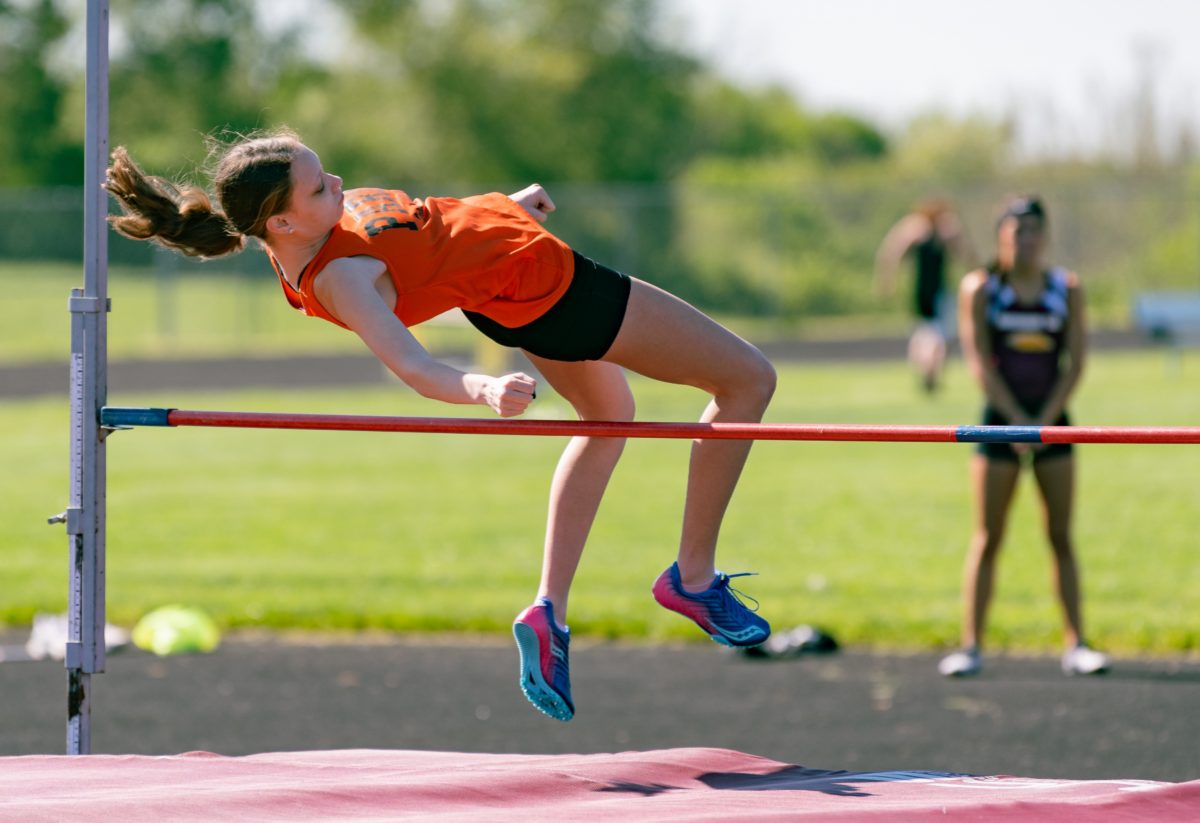 AMIYAH SPEAKS – The Ladyhound junior will compete in the high jump at the Class 1A State Track and Field meet that will be contested today at UK. WHITNEY WIGLESWORTH I Paris Schools Media Relations

All four girls will participate in today’s state meet that is scheduled to get underway at 10am at the University of Kentucky Track and Field Complex.