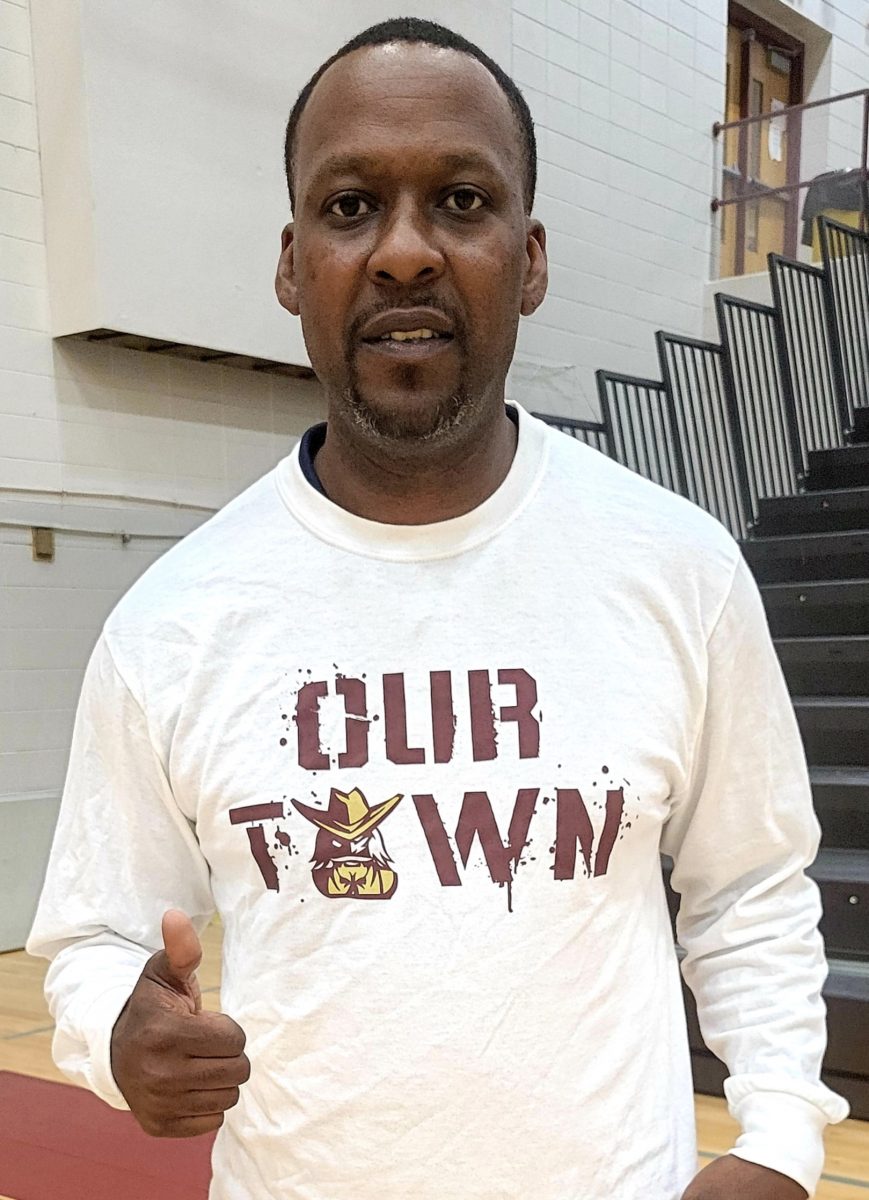 PARIS, KY – There’s no place like home because home is the most satisfying place to be.

Home would be the reason why a former Bourbon County Colonel star left his first head coaching job after a brief stay to return back home and coach in a gym where he’s the all-time leading scorer.

Former Colonel Derek Robinson was introduced last week by the school’s Athletic Director Wendy Rankin Mahanna as the next head girls basketball coach at Bourbon County High School, taking over for Bill Watson, who had to step away from that position after seven seasons with the team for family reasons.

“When Coach Watson stepped down, I told the girls and the parents that I would get them a great coach to build on what Coach Watson had started. I think we did just that with Coach Derek Robinson,” Mahanna shared in a text message. “Not only does he know this game, but he truly loves Bourbon County High School. We are so excited to have him back home.”

Robinson, who was raised by Harold Robinson and Barbara Robinson, along with his 2 brothers and 3 sisters, was a star at the County under legendary coach Russ Day. He started varsity as a freshman and that jumpstarted him to a stellar high school career that saw him become the program’s all-time leading scorer (male or female). After graduation, Robinson received a Division I scholarship at Western Kentucky University, becoming Coach Dennis Felton’s first signee at WKU. After his time was over for the Hilltoppers, Robinson continued his basketball career by playing professionally for seven years. When that was done, his quest of becoming a head coach begun.

After 12 years of being an assistant coach at several schools that included Bourbon County, Paris, Bryan Station and Frederick Douglass just to name a few, Robinson finally got the call he was patiently waiting for after getting passed up some many other times. 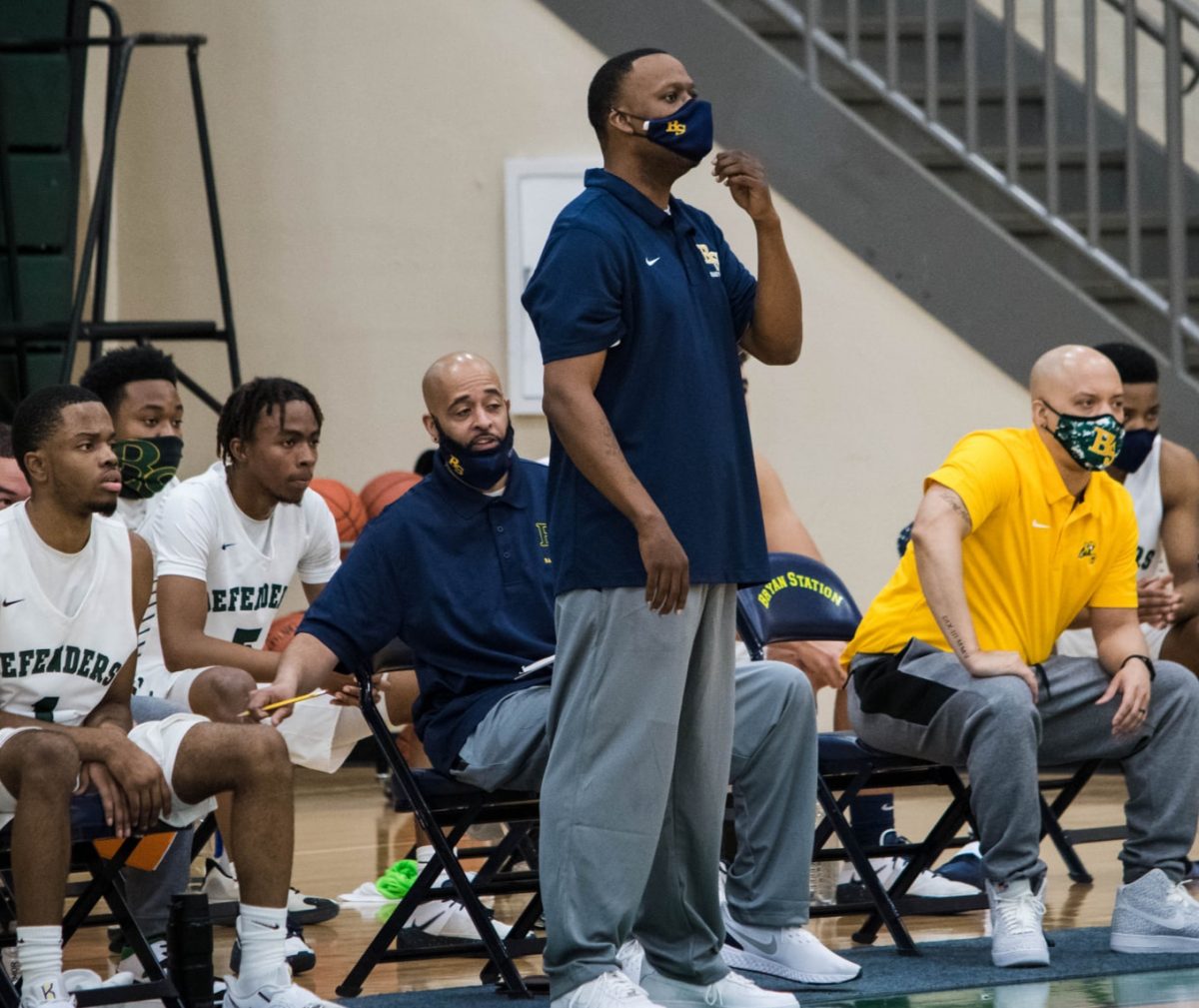 ROBINSON LED BRYAN STATION FOR A BRIEF MOMENT – New Lady Colonel Coach Derek Robinson, an assistant coach for the Bryan Station boys team last winter, took over the job as head coach for a few games, including this showdown against his alma mater (Bourbon County) that was won by Station.
KRISTA BARNETT I For The Citizen

Robinson was named the head coach at Model High School in Richmond earlier this summer. Shortly after that the Bourbon job opened up and D-Rob, as known by his friends, knew that it was something he had to entertain because it was home, although he didn’t want to leave a bitter taste in the mouths to a school that actually gave him his first head coaching job.

“Though my time was short at Model, I met some great people and they welcomed me with open arms. My AD Scotty Sutton is one of the greatest men I’ve ever met. He gave me my first opportunity to be a head coach and supported me through this new transition to Bourbon County. He’s a special man because this wasn’t easy for me to just leave,” explained Robinson. “But I knew this opportunity would never be available again for me. I have a great support system. And of course family and community and it being my old high school was a factor. My mom saw me play every game at Bourbon County and to have her watch me coach there would be a blessing.”

Robinson inherits a Lady Colonel team that finished 9-13 this past winter. He will also have the tough test of finding replacements for such players as Hannah Hamelback, McClain Murphy, and Lyndsay Johnson, who led the program to four 10th Region tournament berths. To break it down even more, six of the team’s top eight players that produced at least 80% of their scoring offense and rebounding will not be around. Only two players with true varsity experience returns in sophomores Laiken Hardin and Caylie Baker.

With that being said, for Robinson, who never really got the chance to see Bourbon play because of his obligation at Station, he knows that it’s going to take some time to rebuild the program that was very successful under Watson. Time and patients!

“I was so into my coaching role the last few years for the Bryan Station boys, I hardly kept up with teams unless we played them. I’ve had friends play for the Lady Colonels in the past and I hope we continue to work hard and show the former alumni the love and excitement they deserve.”

When it comes to expectations for next season, the new coach had this to say.

“Grow and mature as leaders, individuals, basketball players and as teammates. Being so young and not as strong physically as our opponents is a challenge to our team. We lost six of our top players and returning just two with varsity experience will be challenging. But to have this young group coming back is great for our foundation and blueprint to our program. I plan on being here for a long time. We will play hard, play smart, and play together and we will also play the game the way it’s meant to be played.”

Robinson is eager to get to work with his new team but in the meantime, he’s rejoicing for finally getting the chance to show what he can do as a head coach. 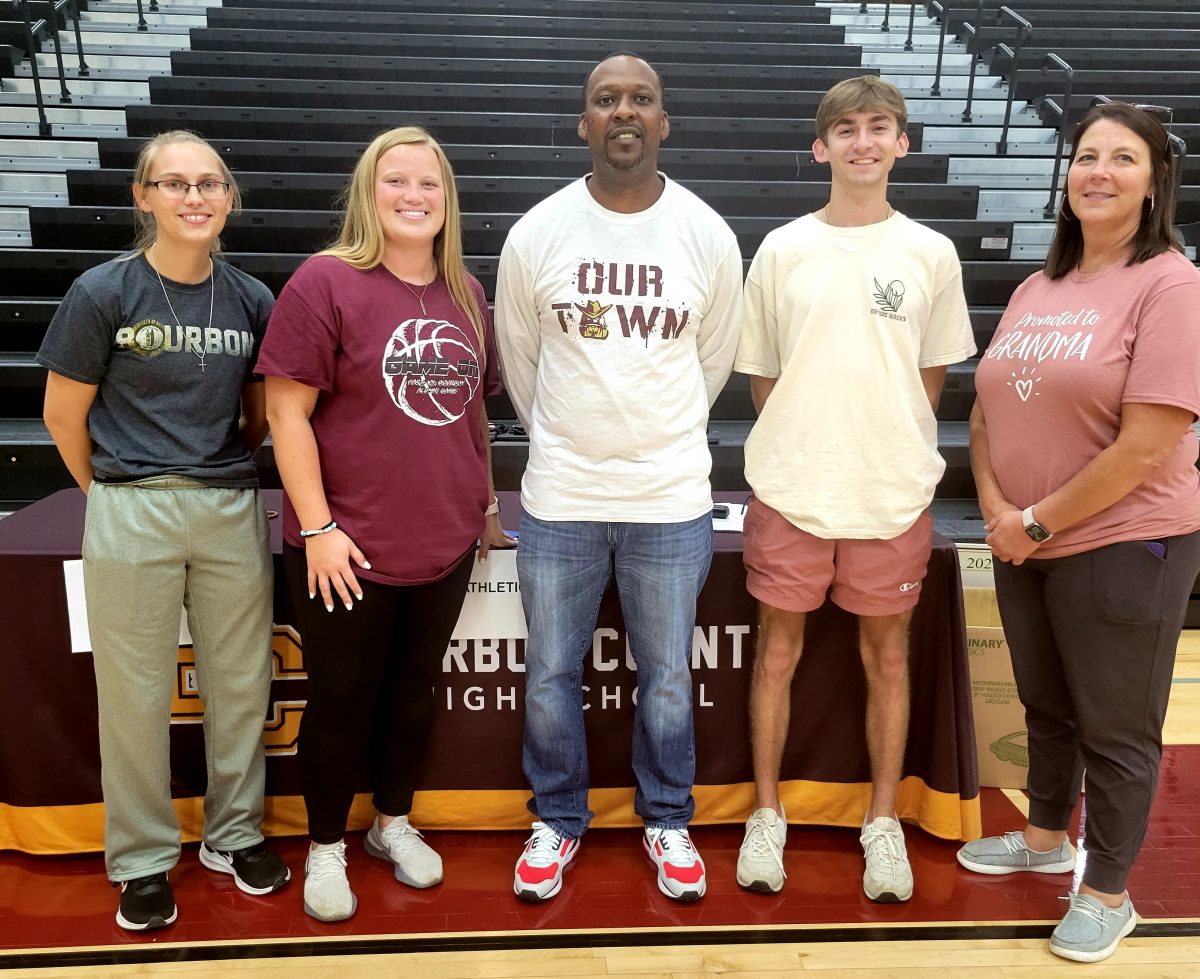 “I know guys that’s been waiting longer than me to be a head coach. It’s not easy. So many things come into play. Patience is a big factor. I’ve had a chance to be around great leaders and great programs. You have to be persistent at what you love to do and I’ve always tried to do that. Being able to coach where I performed as a player just let me know more that God is in control and timing is important. I embrace it all.”

“Shout-out to Bourbon County High School and the City of Paris. Special thanks to (Superintendent) Amy Baker and AD Wendy Mahanna and the rest of the hiring committee board. Shout-out to all of the Colonel alumni and a shoutout to Ivan Rice – nobody would know us if it weren’t for you.”

Welcome home D-Rob because home is the place to be!