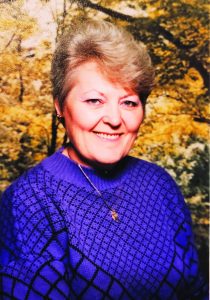 Including her husband and parents, Marie was preceded in death by a brother, Robert Lee Harrington, Jr.

Marie was a 1966, graduate of Bourbon County High School, a former employee with Kentucky State Government, a member of Frankfort Church of the Ascension and also the Frankfort Women’s Auxiliary. Marie was lovingly known by her family and friends as a “Tough Old Bird.” She dearly loved her children, grandchildren, great grandchildren, and also her fur babies.

Condolences to the family may be expressed at www.ritchieandpeach.com.