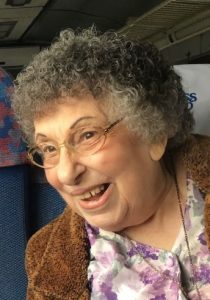 She was born in Richmond, KY to the late Charles and Belva Marie Young Johnson.  She was a retired pharmacy technician for Audrey Drugs, Begley’s and Wal-Mart.  Margaret honorably served her country in the United States Army during the Vietnam War and was a member of Central Baptist Church, Paris, KY.

In addition to her husband and parents, she was also preceded in death by four brothers, Tommy, John, Charles Jr. and Bill Johnson and four sisters, Naomi Pugh, Mary Purvis, Sandra Harrell and Donna Faye Johnson.