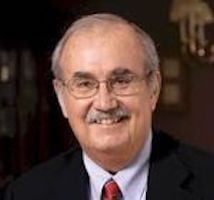 LOUISVILLE, Ky. — Billy Reed, 78, an icon among sportswriters everywhere, has died at Northern Suburban Hospital in Louisville after a long illness, according to a post Saturday by Northern Kentucky Tribune.

Battling liver disease, Reed had been in and out of the hospital after a fall at his alma mater, Transylvania University, last summer, and several subsequent falls. Complaining of lack of balance, he spent some time in rehabilitation facilities undergoing therapy — and characteristically complaining all the way. He has not been able to write his sports column for the NKyTribune since before the first of the year. In a fall last October, he broke four ribs.