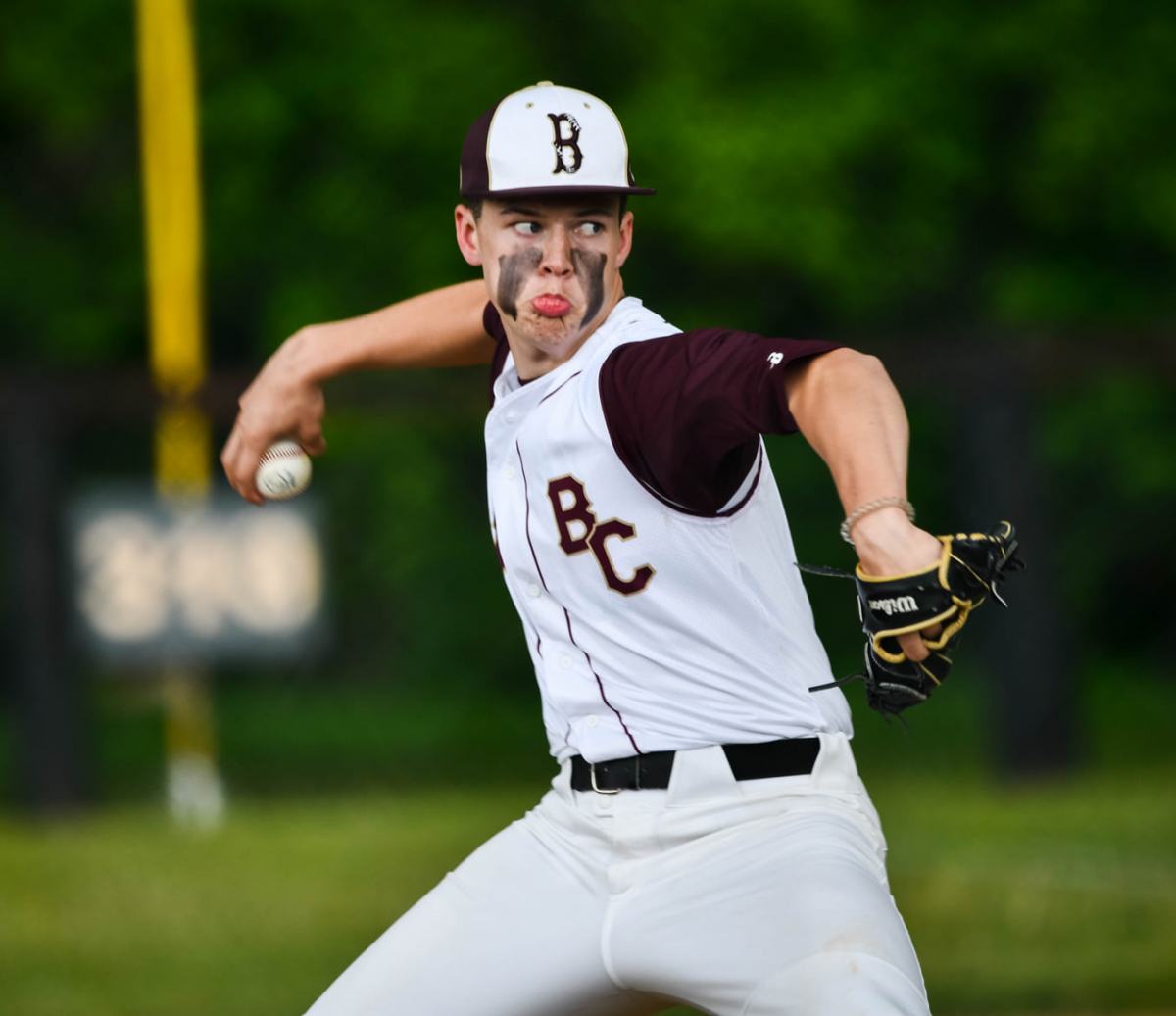 PARIS, KY – Yesterday at Cary Barr Field, the visiting Bourbon County Colonels jumped out to an early 4-0 lead before the homestanding Paris Greyhounds rallied back to cut it to 4-3 but only to see Coach Nelson Faris’ Colonels regroup the rest of the way to walk away with the 14-4 district win.

The victory by the Colonels improved their overall record to 11-7 on the year and 3-2 in district play. Coach Kyle Campbell’s Hounds dropped to 7-13 on the season and 0-3 in the 40th district.

Bourbon County raced out to a quick 3-0 lead after the first inning, when junior Clay Estes, who reached base on an error, scored on a sacrifice fly from senior Thomas Greenlee. After his walk, senior Connor Roberts made his way around the bases, crossing home plate on freshman Kade Hilander’s double, which also plated freshman Brad Robinson, who reached base after being hit by a pitch.

The Colonels’ lead grew to 4-0 in their top half of the third when junior Tanner Moore scored on Robinson’s double to left center.

Paris finally got their bats going in the bottom of third when they pushed three runners cross home plate.

With one out, freshman Cameron Mays got things started for the Greyhounds when he roped a triple to right field. Mays scored on senior Jayden Mitchell’s single to right. Following a walk to senior MarQeis Catlett and a single from fellow senior Chase Puckett, junior Kaleb Bratton laced a base hit to left field to plate Puckett and Catlett and helping his team close the margin to 4-3 after three innings. 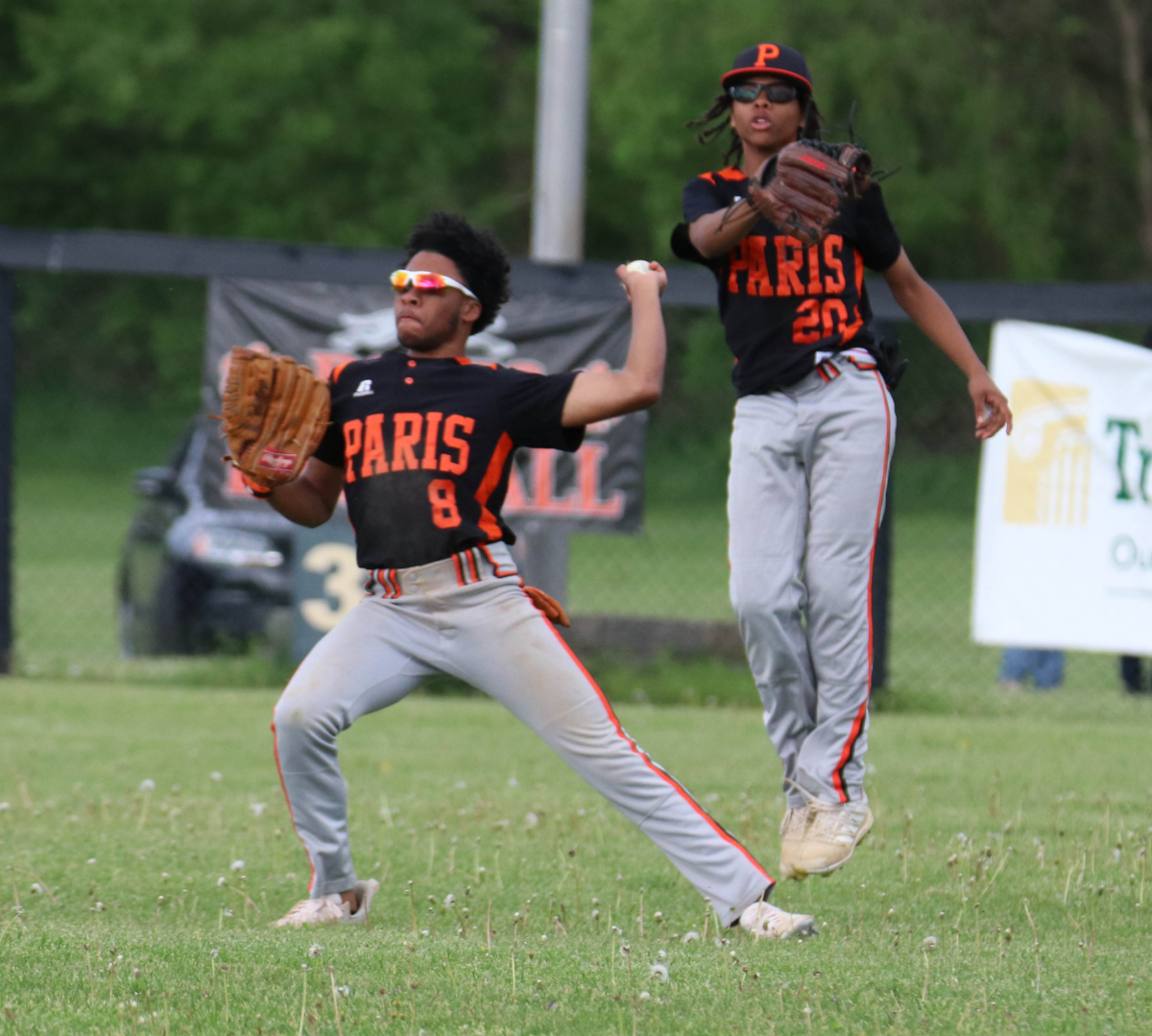 No to be outdone, Bourbon held strong against the upset minded Greyhounds when they answered their rivals’ three runs by scoring three runs of their own in the fourth.

Senior Jackson Blevins started the inning with a walk and then scored following base hits from sophomore Aiden Earlywine and Estes. Earlywine scored on Roberts’ sacrifice fly just seconds before Estes would get home on a pass ball to help the Colonels extend their lead to 7-4.

Hilander, who went the distance on the rubber for the Colonels, got in a groove from that point on, striking out the last 7 out of 11 batters he faced during the six-inning game. Hilander struck out 12, gave up four runs, no walks, and seven hits to pick up the win.

Paris’ final run of the game came in the fifth inning when Mitchell, after his single, scored on sophomore Luke Berry’s double to left field. 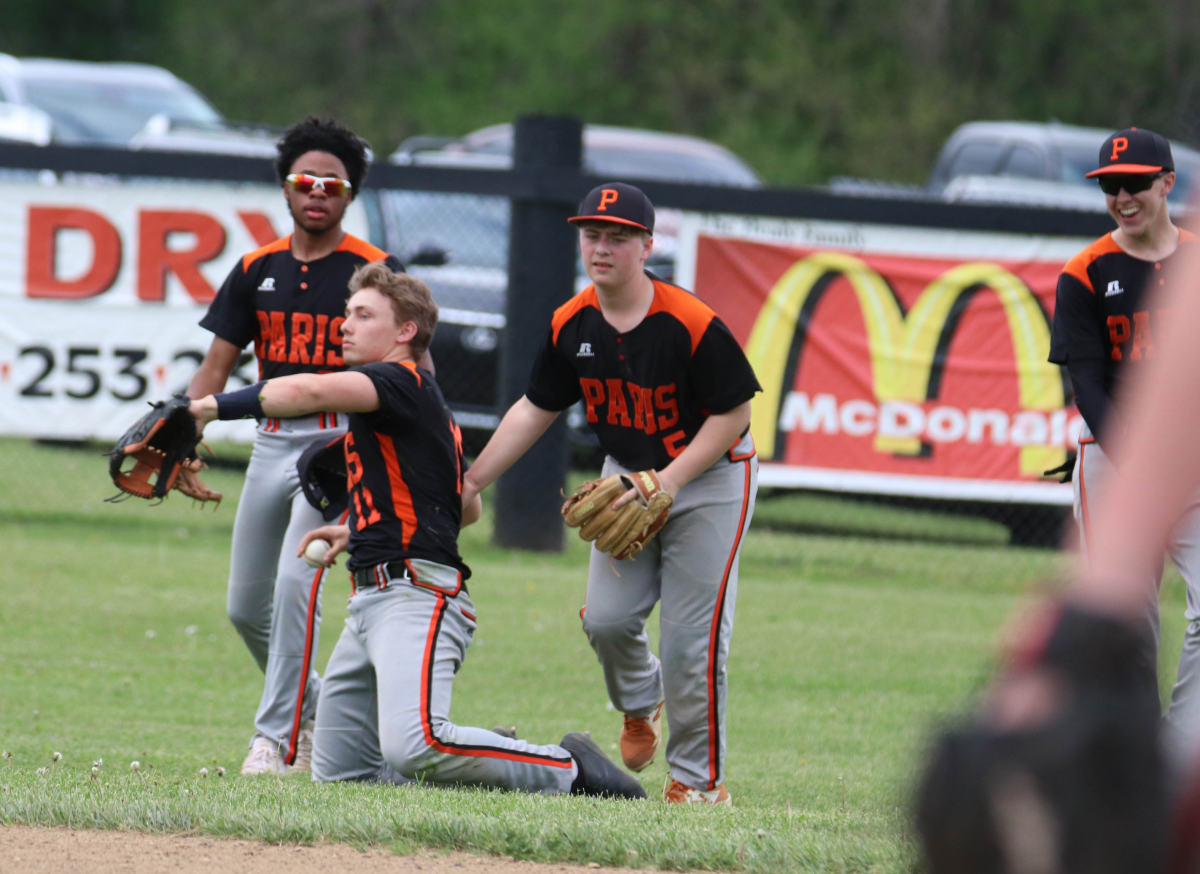 BCHS closed out the game by adding two runs in the fifth and a huge five in the six that helped them knock off the Hounds for the second time this season. They won the first meeting back in March at Conrad/Holmes Field 17-2.

Robinson and Hilander scored for the Colonels in the fifth inning, while Robinson, Hilander, eighth grader Jake Scott, Blevins and Earlywine came around to score in the sixth inning. The highlight over those two innings came on Scott’s double to left field that cleared the bases.

Earlywine and Estes led the Colonels hitting attack with two hits each. Earlywine also knocked in a game-high three runs. Bringing home two runs each were Estes, Hilander and Roberts. Recording doubles for BC were Hilander, Scott and senior Ethan Lynn.

Jakari Ransom took the loss for Paris. The sophomore went three and a third innings, allowing six runs on three hits and striking out two, before giving way to Bratton and freshman Aiden Hawkins. 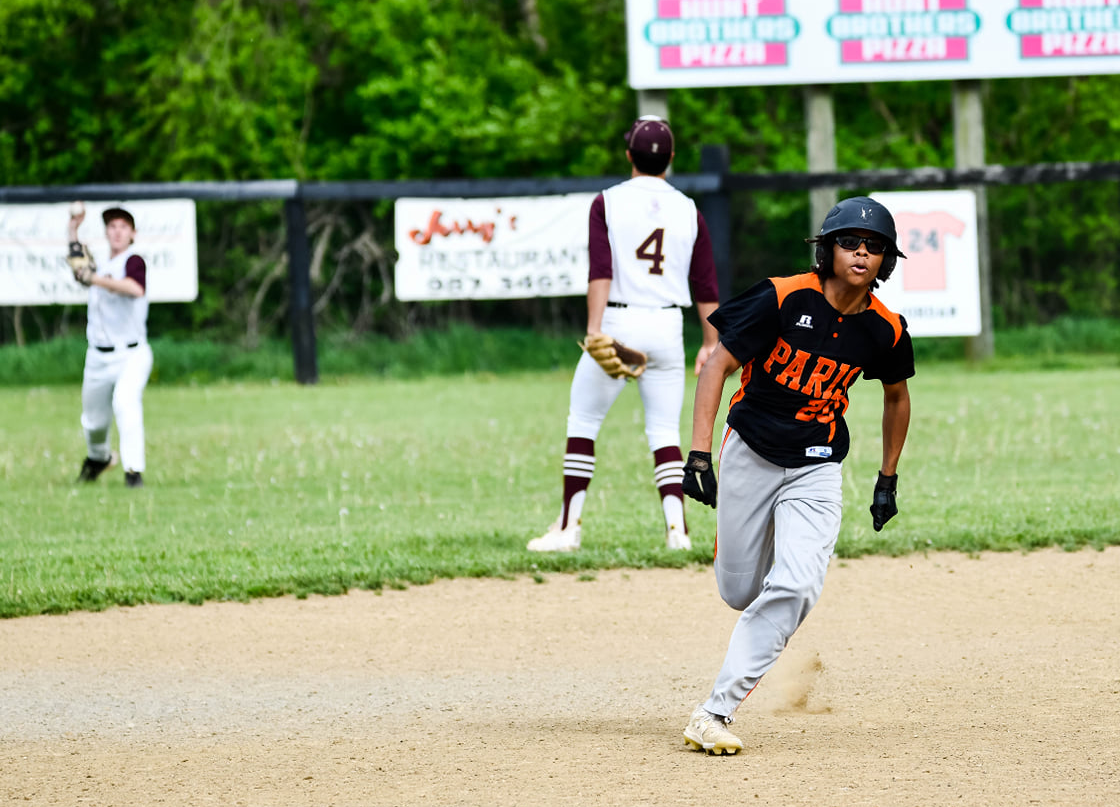 Mitchell paced the Hounds with two hits, while Bratton knocked in two runs. 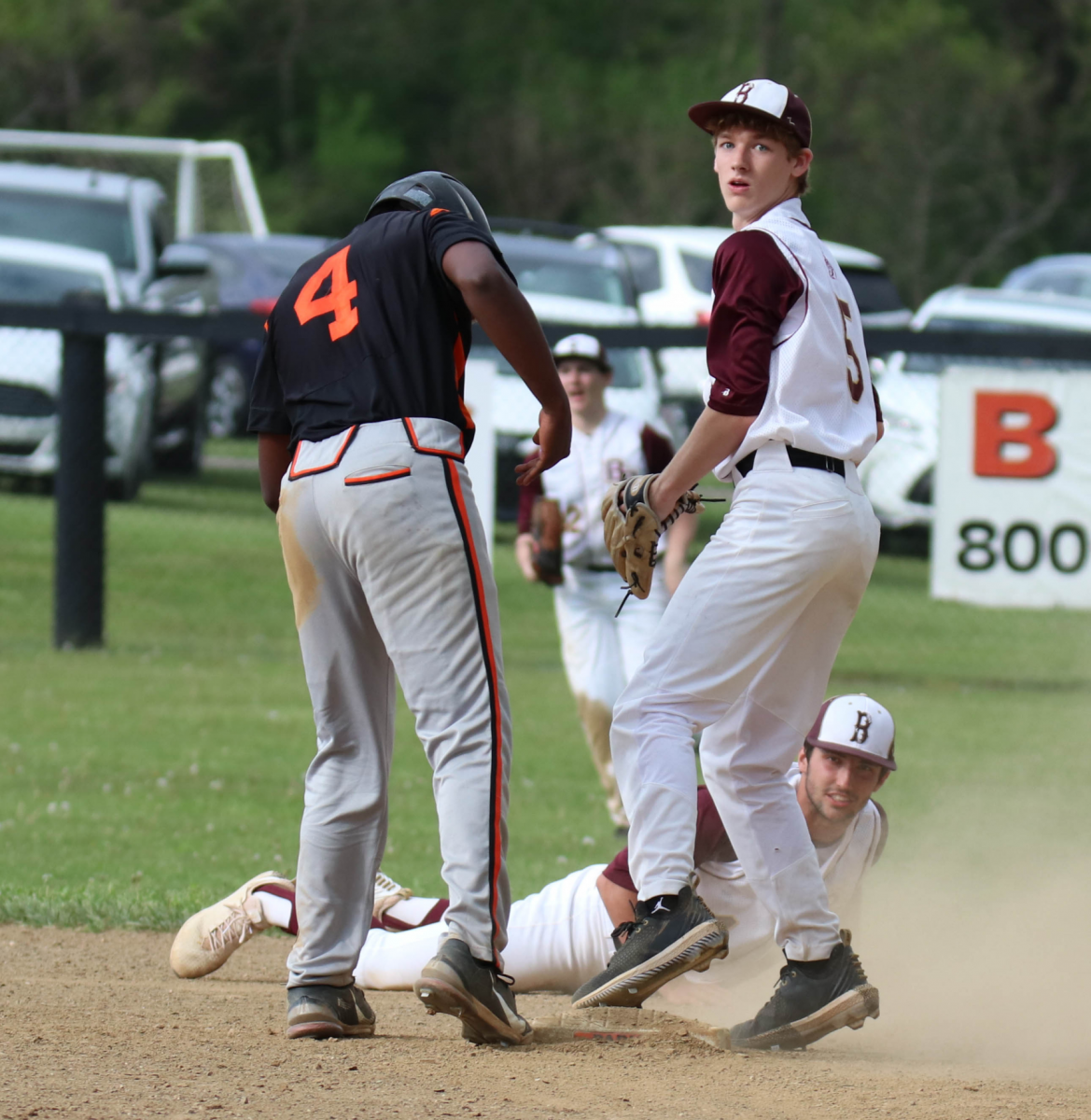 Bourbon will be back on the diamond today when they make the trip over to Richmond this evening to face Madison Southern, a team they beat 9-0 one week ago at Conrad/Holmes Field. Bourbon will host Campbell County (5:30 start time) on Thursday and then go north to tangle with Bishop Brossart Saturday morning (11:00 am start time). 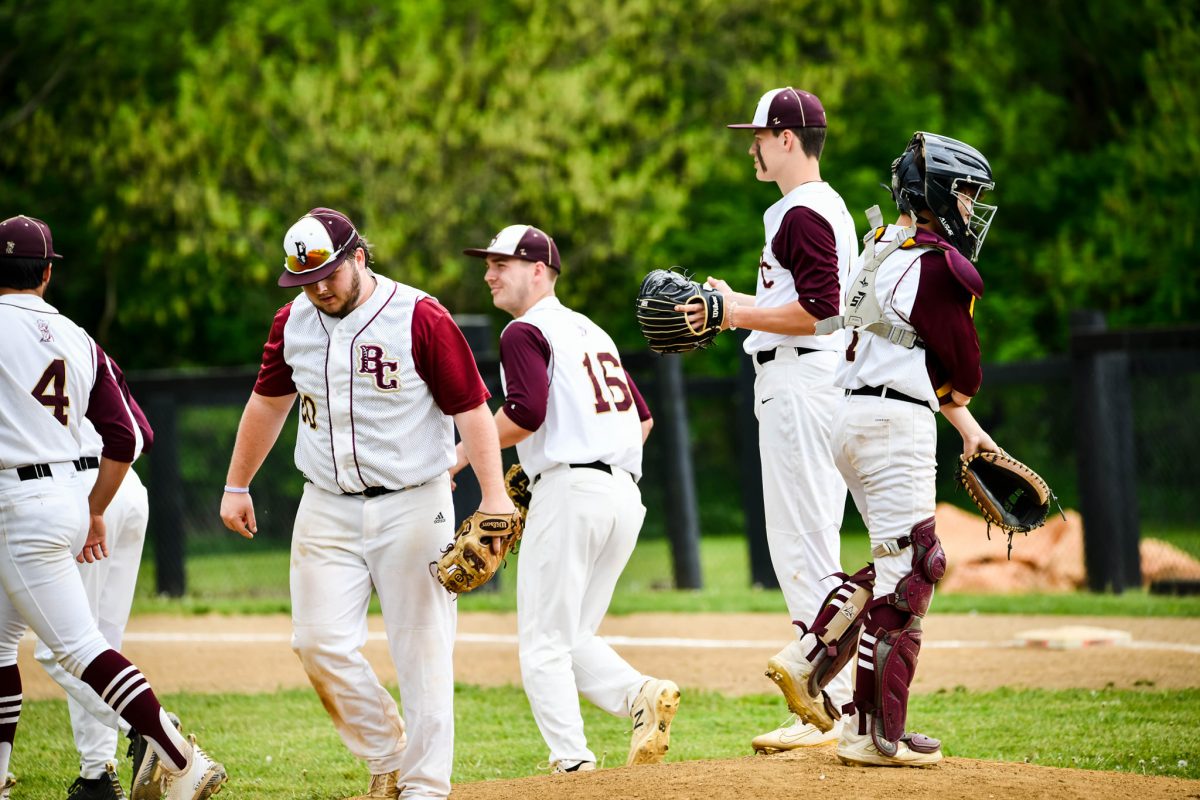