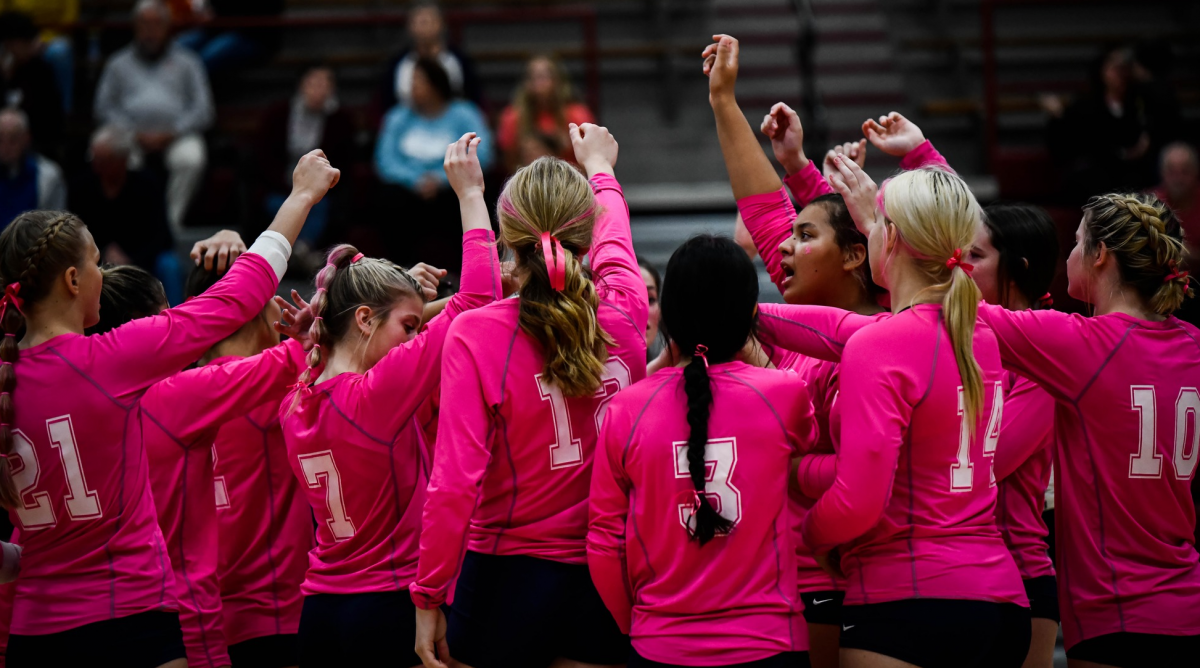 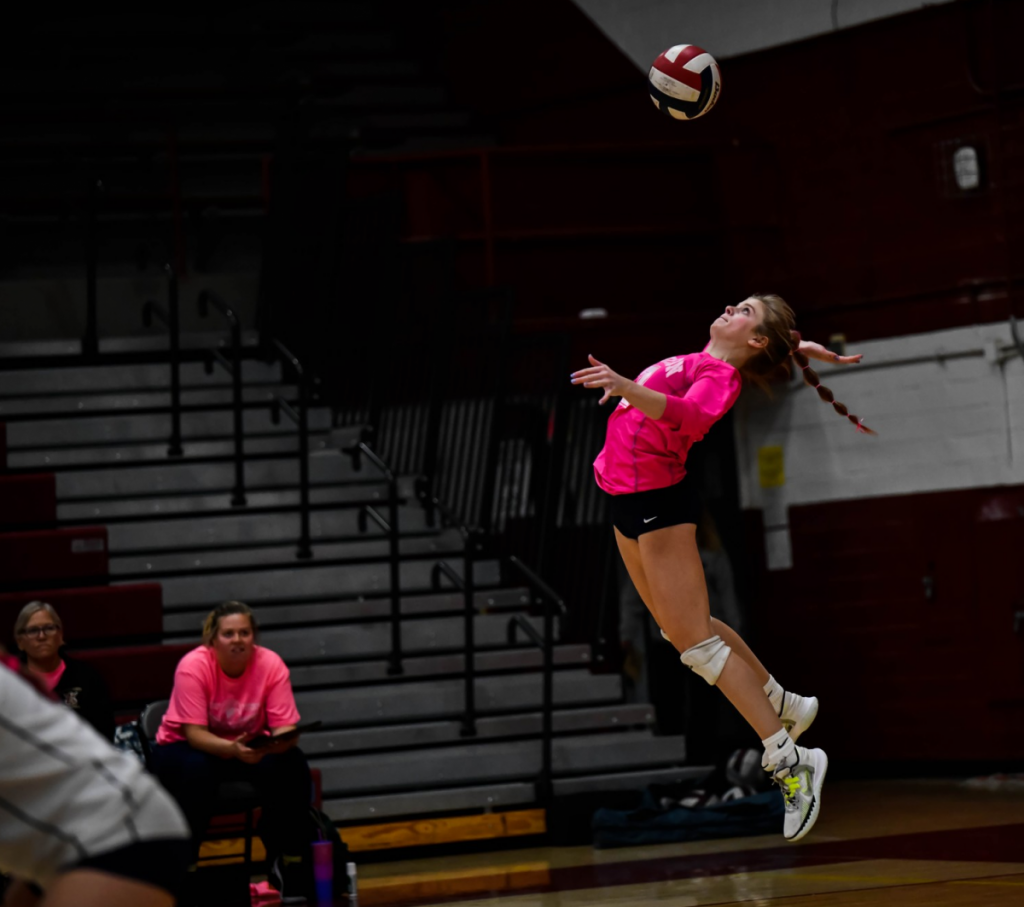 PARIS, KY – Tonight, inside Russ Day Gym, the Bourbon County Lady Colonels Volleyball team will be serving for a fourth straight trip to the region tournament if they can eliminate defending region champion and state quarterfinalist Montgomery County in a quarterfinal game that will played at 6:30 this evening.

Despite having won both matches easily, first year Colonel Coach Lauren Eads knows all too well that no team during this time of the year can be overlooked. 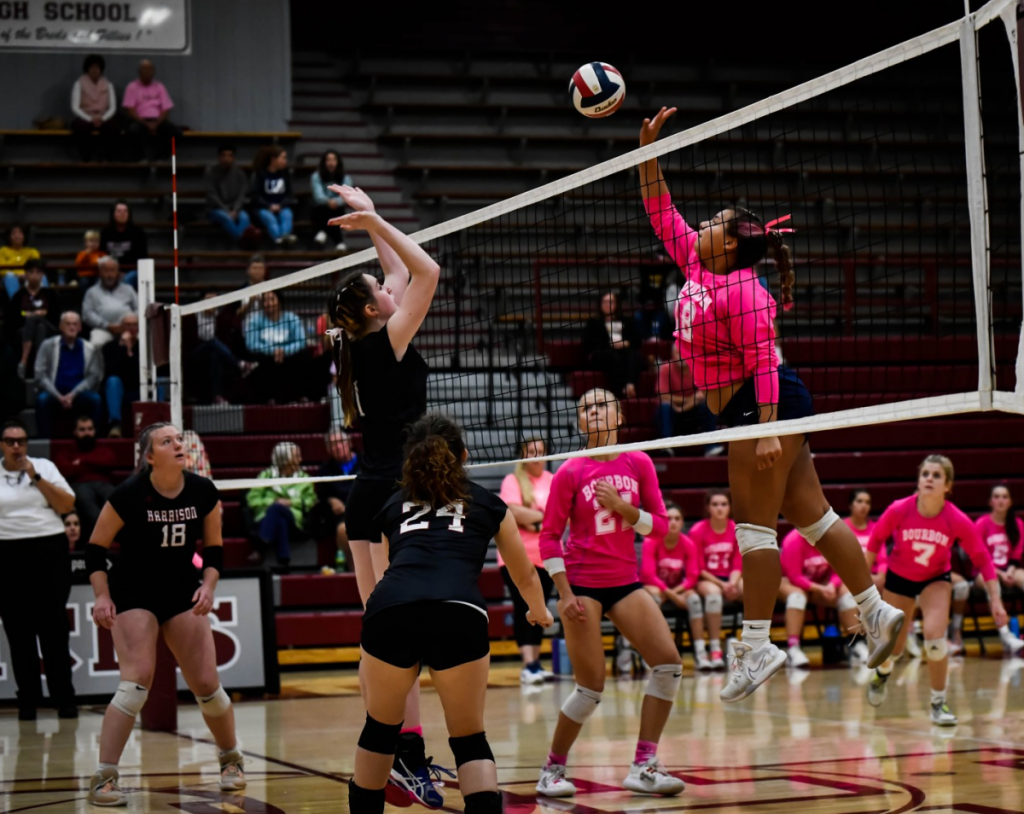 “We plan to show up tonight. We will not be underestimating Montgomery County even though we have beat them twice. But we’re not ready to let our season end.”

Eads took over the program during the summer after former coach Janet Murphy stepped away to return to her alma mater as the head coach. Under Eads, the Lady Colonels’ third coach in three years, Bourbon has still managed to keep their program among the elite in the region where they are currently ranked seventh in the latest KHSAA RPI rankings.

After a rollercoaster start to their season, where they had to overcome several key injuries, the team hit their stride late when those players returned, winning 6 of 7 games played before dropping their final two regular season games to a very good Lexington Sayre team and rival Harrison County, the second ranked team in the 10th Region KHSAA RPI.

“We have a young team that has overcome challenges all season,” said Eads. Starting with two new coaches coming late into season. Two starters injured early in season, while five varsity starters have been out for an injury or missed a game at some point during the season. “But we have always been able to adjust and work together no matter who is on the court.”

Junior Bethany Simpson is currently leading the team in kills (246), assists (323) and service aces (99). Sophomore Rylee Barnes is leading the team in digs (371), second in aces (69), and third in kills (137). Sophomore Ava Kemper is leading in blocks (43) and second in kills (146). Sophomore Maci Brown is second in assists with 286, along with her 23 service aces. Another key player is the team’s lone senior Abby DeBord, who just recently returned from missing several games early into the season because of an injury but only to get injured again during the third set of the Harrison County game.

The Coach said that DeBord had a minor ankle injury and should be ready if the team makes a return trip back to the region tournament. “She started the game (vs. Harrison) with her best performance of the year. She had 11 kills and a .500 hitting efficiency. With that being said, the team’s goal is to advance to the region tournament so that their senior can hit the floor one last time. “We are going to make sure we get there!” 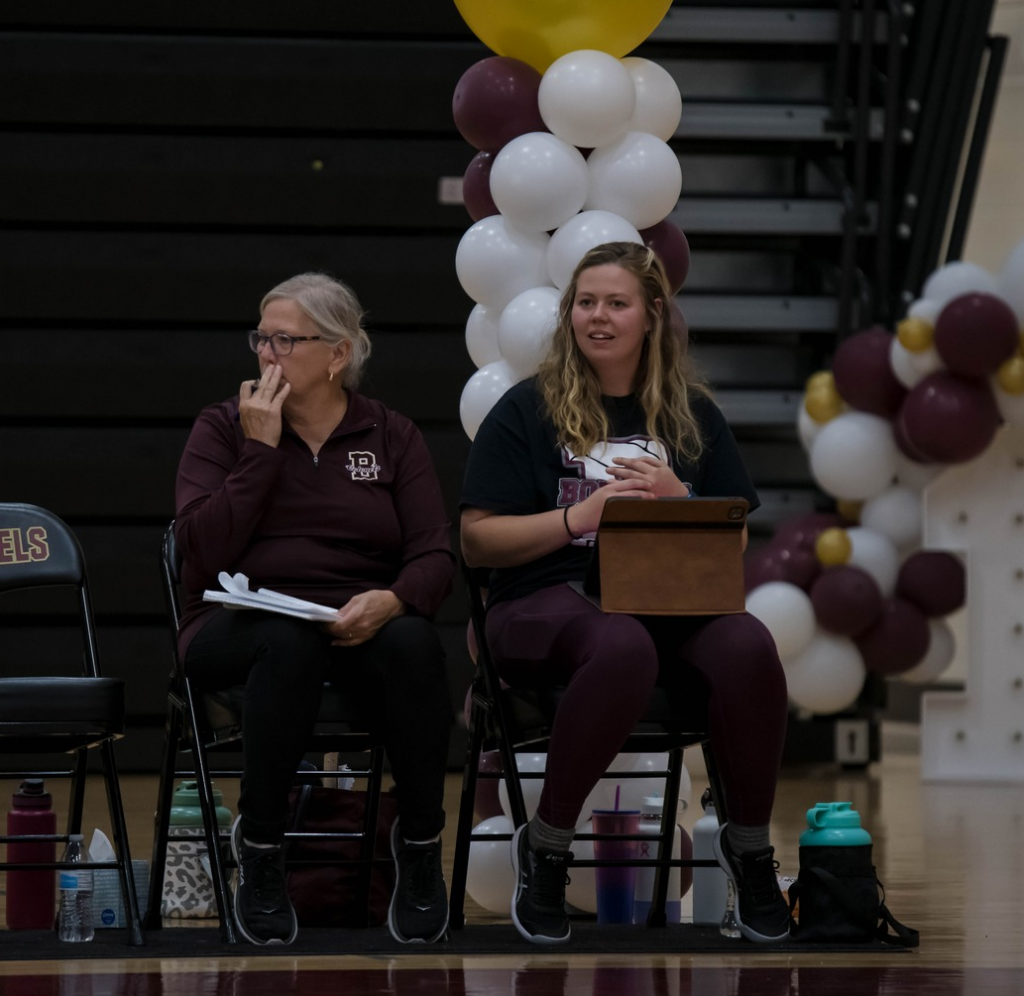 Bourbon County (16-15, 2-2) will play Montgomery County (10-22, 0-4) tonight at 6:30 with the winner advancing to tomorrow night’s championship game against top seed George Rogers Clark (16-10, 4-0). The title game is set to start at 6:30 inside Russ Day Gym. GRC reached the final round and secured the bid to the region tournament after Paris, in their first year of playing volleyball, decided not to play in the post season tournament. It’ll be the Lady Cardinals first trip to the region tournament since 2018. 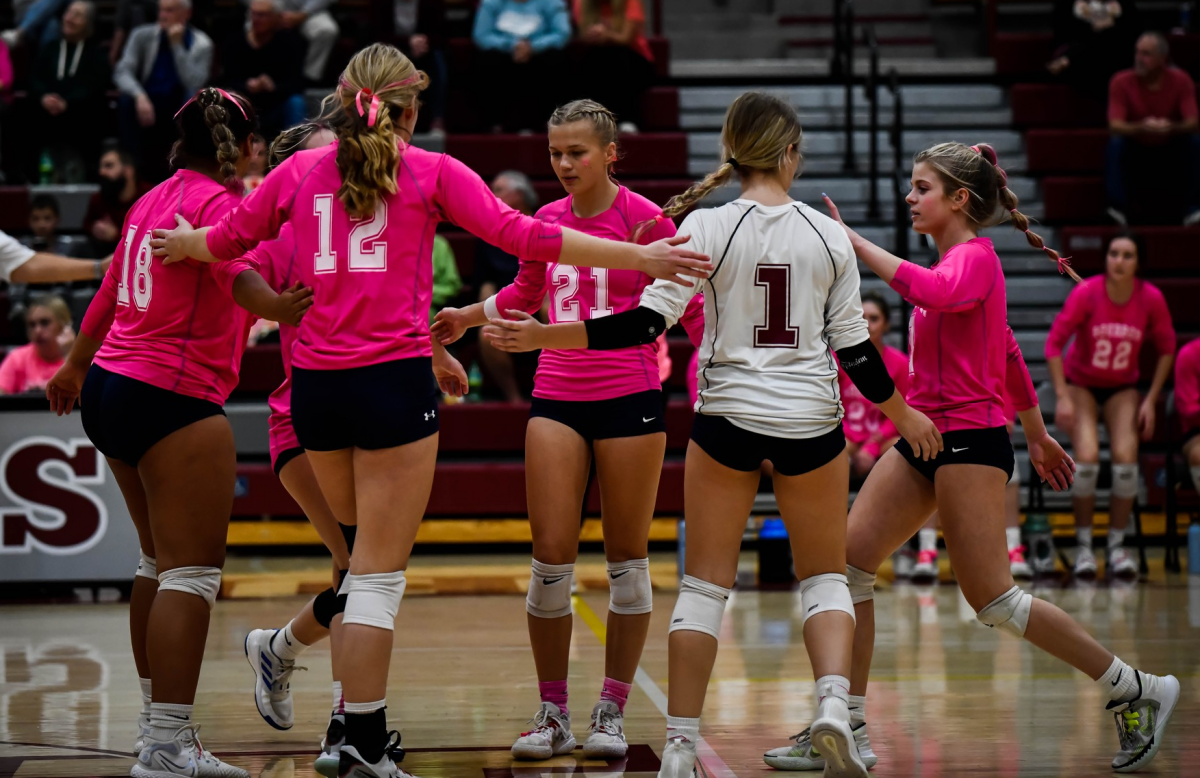 All photos taken by Krista Barnett for the Citizen!