On a night the school honored a national champion, the senior finished with a career-best 19 rebounds and 14 points 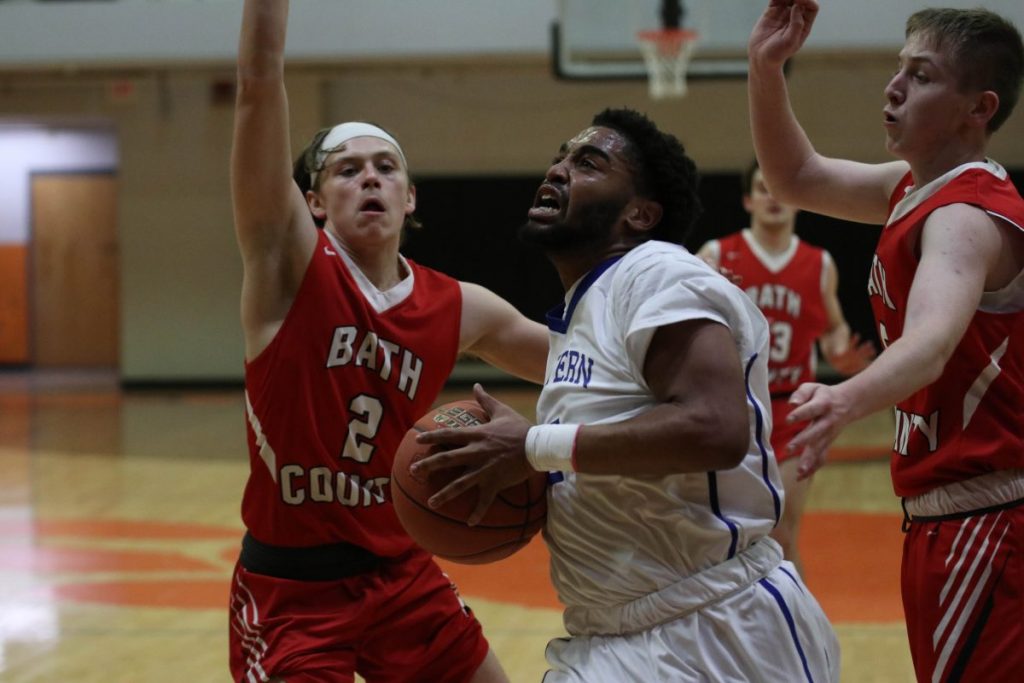 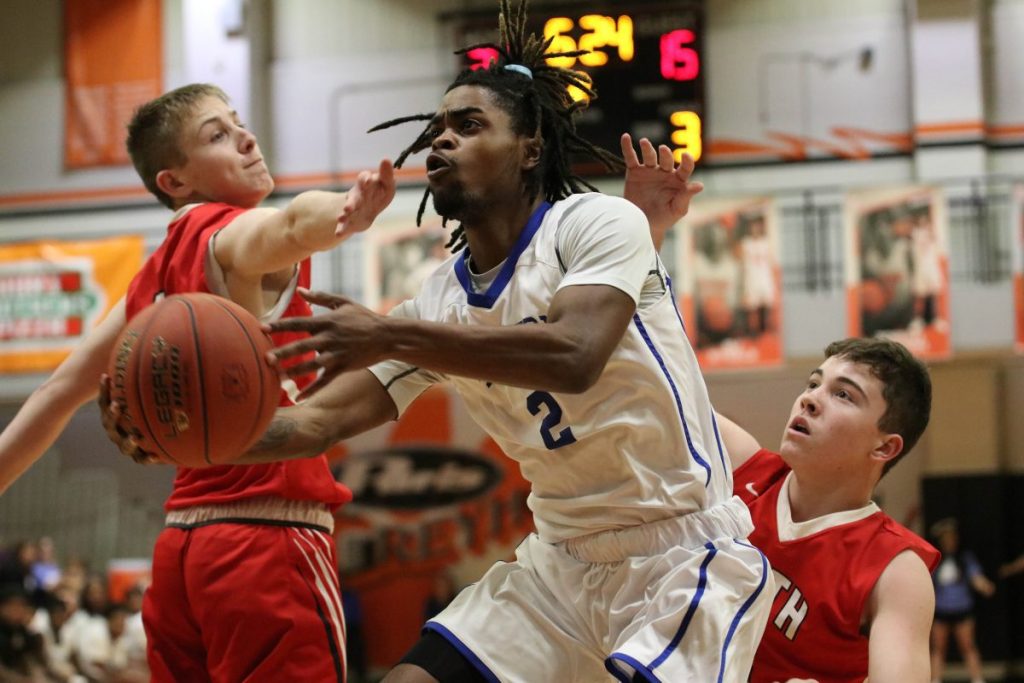 PARIS, KY – For one night only, the Paris Greyhounds went back in time to suit up as the Paris Western Tigers.

With the school recognizing the former all black school that was located just blocks away from Paris High School, Coach Shawn Ransom’s Western Tigers escaped with a tough 69-62 victory over Coach Steve Wright’s Bath County Wildcats’ team that just wouldn’t go away.

“Proud coach tonight for the team win on throwback Western High night,” Coach Ransom shred through a Facebook post. “Players and coaches, I can’t thank you enough for the hard work and dedication. To the fans, keep showing up for the kids. We love it and most definitely feed off your enthusiasm. Appreciate each and every one of you!”

With several of the Paris Western alumni in attendance, the new Tigers, behind the play of senior forward Tray Murrell, raced out to a quick 7-2 first quarter lead before Bath, riding the back of senior Zachary Otis, crawled back into the game, closing the quarter on a 12-9 run to get to within two of the Hounds at 16-14. Murrell finished the first eight minutes with 6 points and 8 rebounds, while Otis tallied 8 points.

Paris opened the second frame on a 6-0 run that was highlighted by senior Elijah Bishop’s three to move their lead to 22-14. Bath stayed within striking distance thanks to the second quarter scoring of Otis (6 points) and sophomore Montana Brashear (4 points). Otis’ final two points of the half pushed the Wildcats in front at the break at 27-25, ending the second period on a 13-3 run. 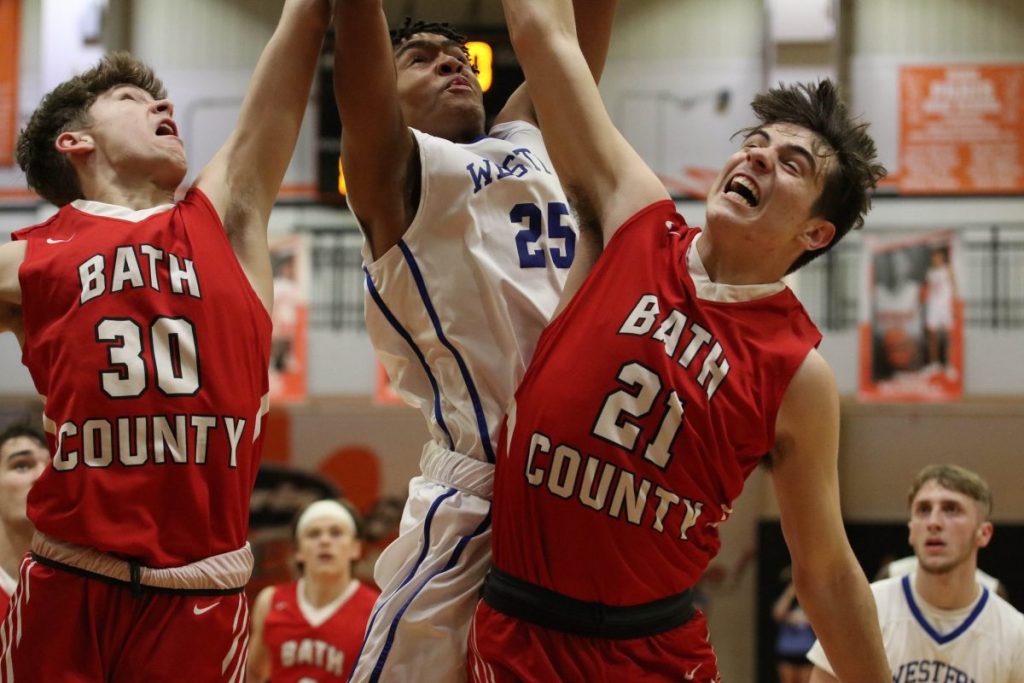 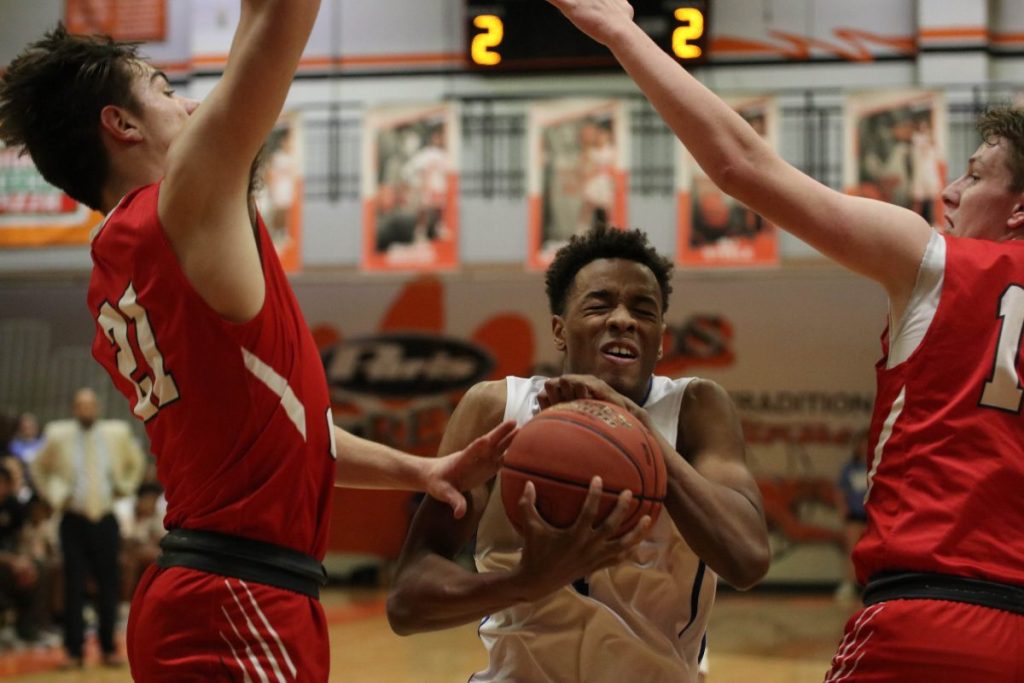 Still riding the nice play of Otis, Bath County increased their lead to 37-32 in the third before the Tigers roared back thanks to a technical foul on the visitors’ bench, along with the scoring of senior Zorian Alcorn, junior Jakari Ransom and sophomore Xyier Wray. Before the Wildcats realized it, because it happened so quickly, Western had turned a five-point deficit into a 12-point lead by the end of the quarter. It was Ransom’s mini scoring spree that jumpstarted Western’s 22-5 explosive run that had the crowd going crazy as Western held a 54-42 lead heading into the final eight minutes.

After both teams traded baskets to start the fourth, the Tigers, leading 56-44, advanced their margin out to 58-44 on a put back bucket from Murrell.

Instead of giving up, where they easily could’ve, Coach Wright’s Wildcats, or should one say Otis, made a final run at the Tigers that saw them close the large gap back to two, on several occasions down the stretch, but just couldn’t overtake Western as freshman guard Malachi Ashford, just as he has done all season, was money at the free throw line, which also included a nifty and-one that sealed the deal for the Tigers, who closed the game on a 7-1 run to leave Earl Redwine Gym with the 69-62 victory, giving the Western Tigers, the 1953 National Basketball Tournament Champions for Black High Schools, their second victory since the 1960’s. 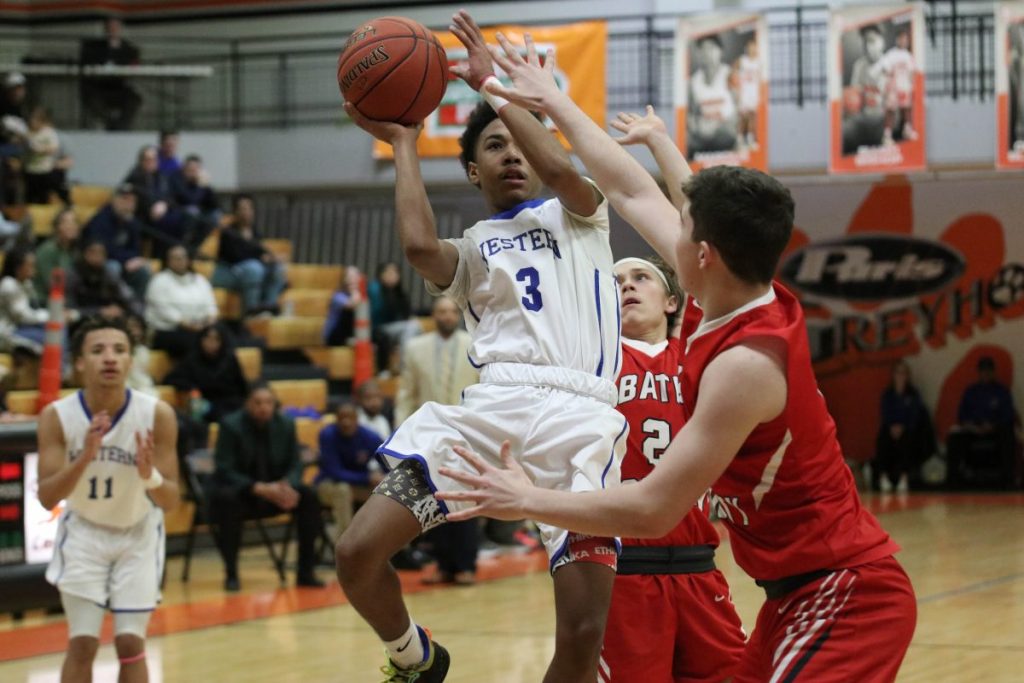 The Paris Greyhounds will return to the court next Tuesday night where they will host Fleming County, before concluding the week with two crucial back-to-back 40th District games against Montgomery County on Friday night and cross-town rival Bourbon County on Saturday evening. All games will be played inside Earl Redwine Gymnasium.

Paris School’s Superintendent Stephen McCauley shared this post over his Facebook page: Another great Paris Western High School Night in the books. The Tigers pulled out the win against a nice Bath County team. Thank you to the alumni who made it out, Coach (Cary) Barr for organizing the event and having the banners made and Mrs. Talena Watts and the Paris High School culinary students for a delicious meal. Special thanks as well to James Morris, Dr. Leann Pickerill for the Paris Elementary School choir singing the anthem and to Eric Masters and the band for playing the old Western High fight song. Final thanks to Nic Collier for promoting the event and setting up the digital banner and screen for the video and to Traditional Bank for sponsoring the night! “I love the history and tradition here and appreciate how this community comes together to celebrate our past.” 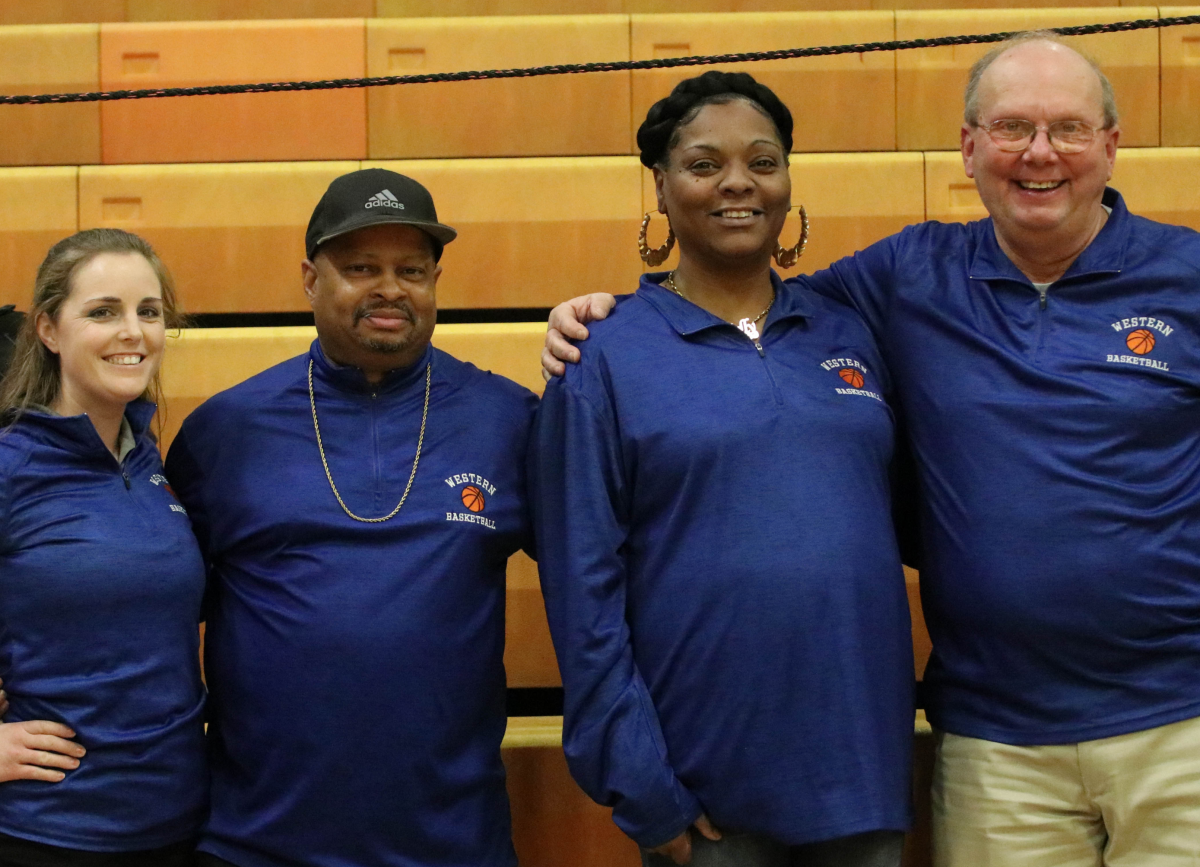 A lot of kids today from the local area really don’t know much about the Paris Western Tigers, an African American school that was located on 7th Street near Paris High School.

A small school that housed one of the best basketball programs and players in the state and nation, growing up as a kid, that’s all one heard about was the Western Tigers. A school so special that after winning a Basketball National Championship, UK legendary Coach Adolph Rupp, who many tab him as a racist by not recruiting black players, came to town to be a guest speaker at a meeting that honored the champions at the school. The Tigers, coached by the legendary and late William B. “Chief” Reed, won the 22nd National Basketball Tournament for Black High Schools in 1953, and finished as National Semifinalist in 1952.

Monday night, the school system honored the school with a Paris Western night that saw the basketball team, cheerleaders, and band in Western Tigers attire, along with Paris Elementary students singing the national anthem and the high school band playing the Western High fight song.

Traditional Bank sponsored the T-shirts for the special evening. 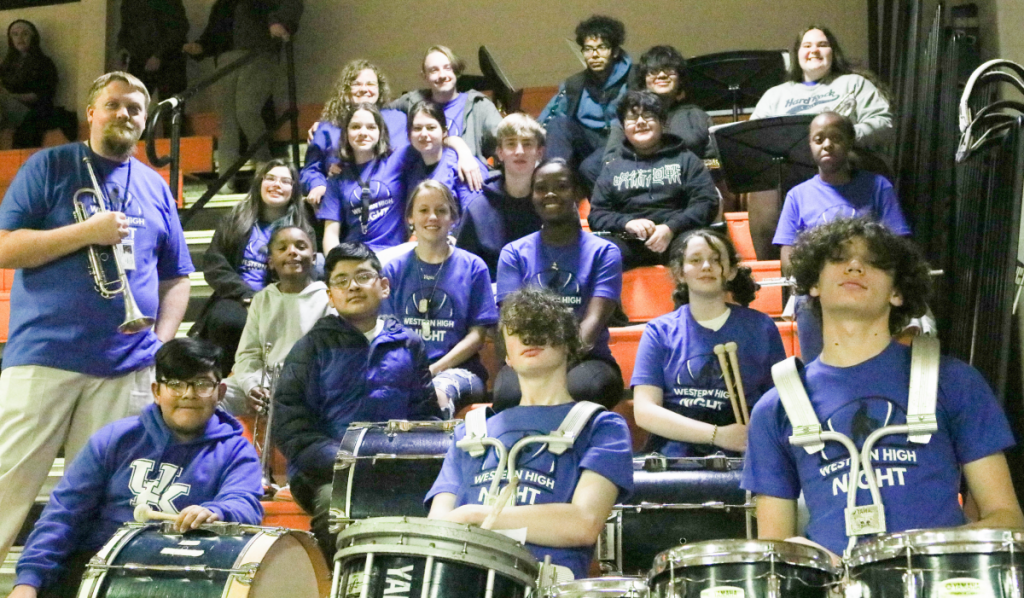 The Road To The National Title

Paris Western, after losing in the 1953 Kentucky High School Athletic League state championship game to Somerset Dunbar, the Tigers still had a chance to return to the National High School Championship, where they finished in fourth place the previous year.

After completing the study, Thompson expressed sincere appreciation to the many coaches, athletes, and friends whose guidance and assistance were vital to the completion of this study. Also a special thanks were extended to Dr. Helen Fant, the members of his graduate committee and his parents, whose faith and confidence were of supreme importance.

During his study of the Black National Tournament, Thompson wrote that Paris Western’s opening round 81-54 victory over powerhouse Chaneyville High School of Zachary, Louisiana, “caught the attention of the fans” because from this point on, the Paris, Kentucky school’s closest game was a ten-point victory over Pearl out of Nashville.

In the finals, 3,000 spectators watched Western increase its average margin of victory to twenty-one points by downing Booker T. Washington of Montgomery, Alabama 70-41 to claim the national title. Jesse Downey scored 21 points, Russell Tucker chipped in 17 and William Conner had 16 to lead Western on that evening inside Tennessee A & I State College’s new 4,000 seat gymnasium that made the national tournament the inaugural event in the spacious facility. Other scoring had William Spencer with 12 and William “Butch” Gaines with 5. The Tigers, according to the Kentucky High School Basketball Encyclopedia, finished that season with a 29-3 record.

After pounding Channeyville in the first round, Western, under the coaching of “Chief” Reed, knocked off Tulsa out of Washington in the quarterfinals 77-59, before sending Pearl High of Nashville into the third place game following their 60-50 semifinal victory.

In their win over Chaneyville, Conner led the Tigers with 20 points. Ruel Tucker followed with 18, while Spencer and Gaines added 12 and 10 points, respectively. Other scoring saw Jesse Downey with 8, Wallace Downey 7 and Randolph Moore 6.

Against Tulsa, Tucker led the way for Western with 23 points. Spencer chipped in 18, Jesse Downey had 14 and Gaines 12 to round out their double figures scorers. Conner’s 8 points and Wallace Downey’s 2 points rounded out their scoring.

The victory over Pearl saw Conner leading the way with 21 points. Other scoring had Wallace Downey with 11, Jesse Downey 9, Gaines 7, Tucker 6, Mack 4, and a point each from Spencer and Moore.

For their fine play during the National Tournament, Conner, Gaines, and Jesse Downey were named to the All-Tournament Team.

Paris Western (24-6) reached the National Tournament in 1952 but despite having a 31-24 lead at halftime, would end up losing to Wheatley (Houston, Texas) 46-44 in the semifinal and then dropped the third place game to Pearl 56-42 to place fourth overall.

The Tigers opened the tournament that season with a victory over New Albany, Mississippi 65-46 and then ousted Laurinburg Institute from North Carolina in the quarterfinal round 52-47, overcoming a 25-23 halftime deficit.

Against New Albany, Conner was the team’s high scorer with 23. Other scoring had Gaines with 13, Spencer 10, Downey 6, and Tucker 1,

In the semifinal defeat to Wheatley, Conner totaled 16 points, Gaines had 9, Tucker 8, Downey 6, and Spencer 5.

Tucker led the team during their loss to Pearl with 19. Other scoring had Gaines with 8, Downey 4, Spencer 4, Conner 3 and 2 points each from Baker and Parker. 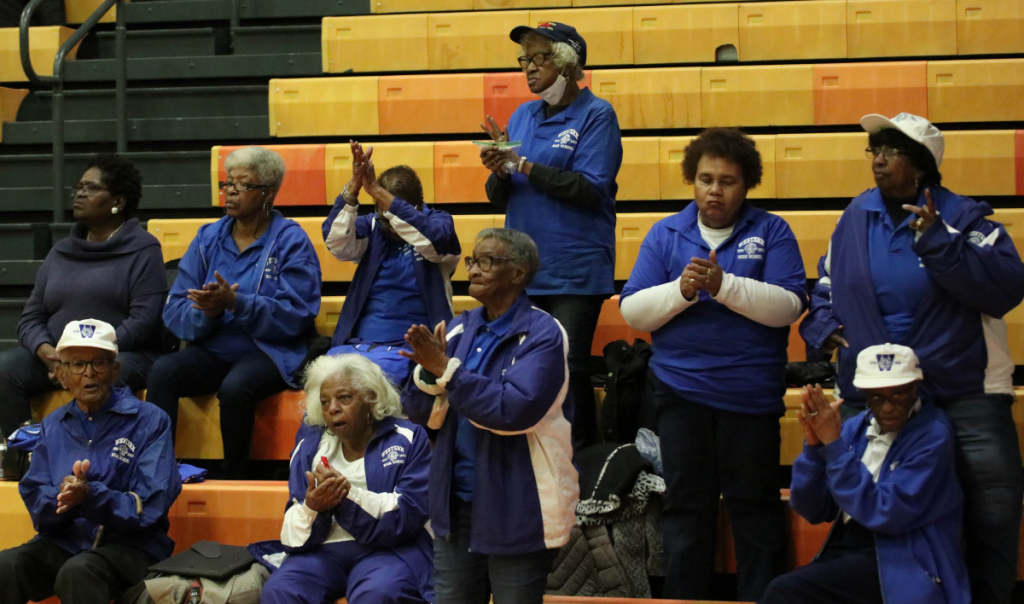 The last national tournament for black schools was held on the campus of Alabama State College in Montgomery, Alabama, March 25-27, 1967. The national tournament and the NHSAA, founded in 1945, were dissolved a year later on Saturday, June 16, 1968, in Atlanta, Georgia.

Paris Western would continue to play basketball at the school until their merger with Paris in 1963. The team’s all-time record was 262-132, as “Chief” Reed complied a 203-109 record after coaching for 11 seasons, according to the Kentucky High School Basketball Encyclopedia. F.M. Wood guided the team from 1949 to 1952. He finished with a 59-23 record.

ALL PHOTOS TAKEN BY JENNIFER ARNETT … THE OLD SCHOOL WESTERN PHOTOS WERE SUBMITTED!

For more information on the National Championship Tournament for the Black schools you can go to the LSU Digital Commons website.    (https://digitalcommons.lsu.edu/cgi/viewcontent.cgi?article=4499&context=gradschool_disstheses) 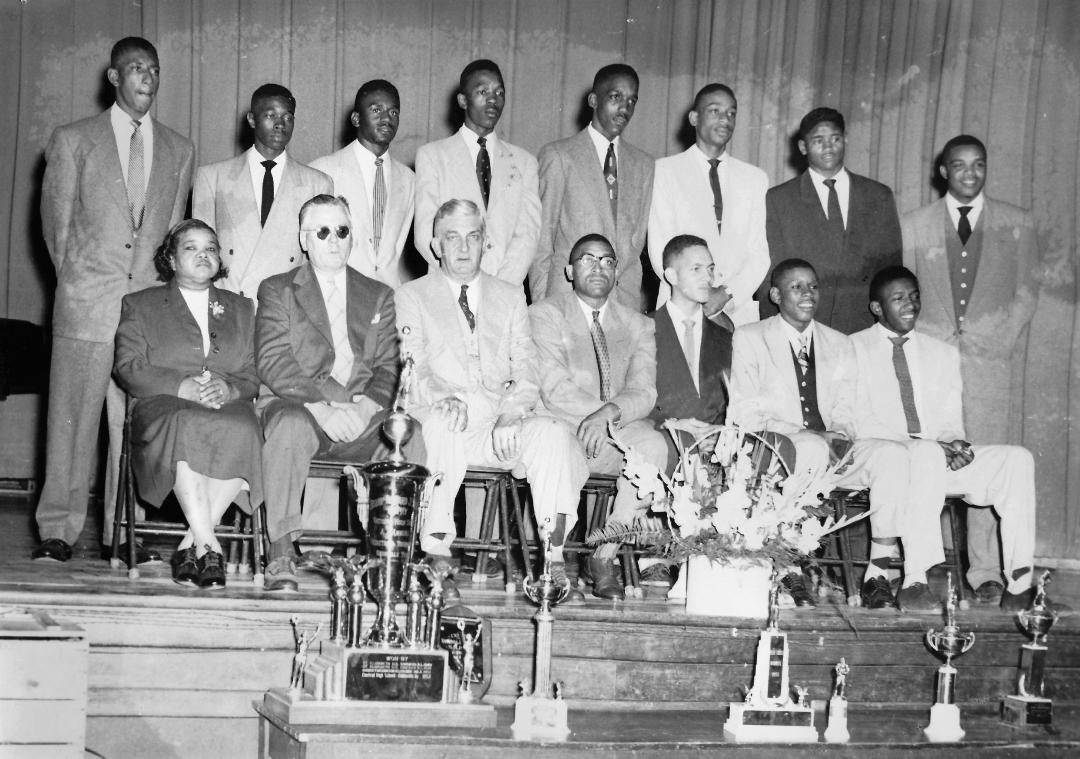