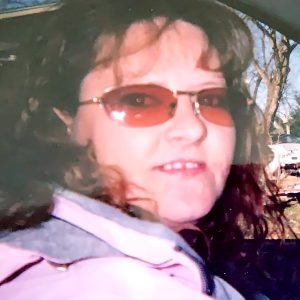 Sharon Strong Byrd, 56, wife of Richard Byrd, died Saturday, December 12, 2020 at her home.
A native of West Liberty, KY, she was the daughter of Charles Strong and the late Tressie Nichols.
In addition to her husband, she is survived by two children, Charles Soard and Kayla Stanfield; three grandchildren, Shelby Soard, Colin Soard and Savannah Hernandez; one great grandchild, Grayson Soard; one brother, Michael Strong; two sisters, Sheila Strong and Debbie Strong and several nieces, nephews and cousins.
In addition to her mother, she was also preceded in death by a grandson, Andres Hernandez.
No services are planned at this time.
The funeral arrangements were entrusted to the Lusk-McFarland Funeral Home, 1120 Main St., Paris, KY 40361.
The online guestbook is at www.Lusk-McFarland.com and a 24 hour funeral information line can be reached by calling 859-987-4387.