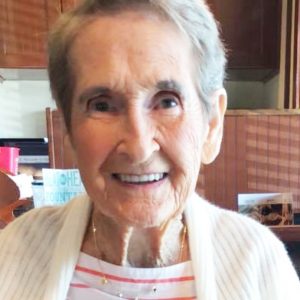 She was born in Georgetown, KY to the late Ernest and Flossie Johnson Parker.  She was a former employee of Wal-Mart and McDonald’s.

In addition to her parents, she was also preceded in death by two daughters, Jacqueline Kaye Wilcher Shriver and Frances Allen Wilcher; four brothers, Bill, Oscar, Roy and Allen Parker and one sister, Della Irvin.

Funeral services will be conducted at 1:00 PM  Friday February 5, 2021 at the Lusk-McFarland Funeral Home, 1120 Main St., Paris, KY by Bro. Ron Cook.  Burial will be in the Paris Cemetery.

Visitation will be from 11:00 AM Friday February 5, 2021 until the hour of service at the funeral home.