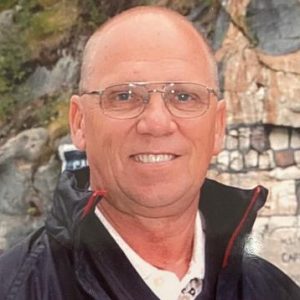 Jerry Wayne Price, Sr., age 74, went to his eternal home in Heaven on February 17, 2021. He passed away peacefully, surrounded by loved ones, at Baptist Health Hospital in Lexington, Kentucky.
Jerry was born November 16, 1946, in Harrison County, Kentucky, to Ella Louise Rogers Price who preceded him in death while he was still a young boy. Jerry was also preceded in death by his beloved grandmother, Golda (Mawmaw) Rogers. He was raised by and preceded in death by his beloved Aunt Ivy (Ivaline) and Uncle Johnnie (John). His cousin/brother Jack Estes also preceded him in death.
He is survived by his wife of 56 years, Janice Yazell Price; a son Jerry (Jay) W. Price, Jr. and wife Michelle, of Bowling Green, Kentucky; a daughter Jennifer Canter and husband Timothy, of Artemus, Kentucky; his adoring grand-children Austin Price, Tyler Watson and wife Tori, Ali Price, Jayson Price, and Tanner Price, his great-grand children Jeri-Ann and Allen Watson and a sister, Reva Price Moore and husband Ricky. Jerry is also survived by a multitude of nieces, nephews, cousins and in-laws.
Jerry became a member of Old Union Christian Church in 1959 where he served as a Deacon, an Elder, and Board Chairman and also served on the Property Committee.
He was a 1965 graduate of Bourbon County High School. He was a member of the Bourbon Street Cruisers, the Gold Wing Club, the Sunshine Camper’s Club and was a proud lifetime member of the National Hot Rod Association. Jerry spent four years working at Fraley Auto Parts and then went to work at Midas Muffler where he spent 36 years as Manager and Tech Trainer. He retired from Midas in 2002. He was an avid lover of anything with a motor and his personal shop was known as “Crazy Jerry’s Speed and Repair” located at his home in Loradale, KY.
Jerry was a friend to everyone he met, and loved by all who knew him. He was a blessing to his family and friends, and he will be missed by all.
Services will be held at Old Union Christian Church in Fayette County. Open visitation will be held Saturday, February 27, 2021, from 10 a.m. to 12 p.m., followed by a family-only memorial at 12:30 p.m, officiated by Reverend Scott Winkler. Masks and social distancing will be required.
In lieu of flowers, the family asks that donations be made to the Pulmonary Fibrosis Foundation or to Old Union Christian Church in his memory. Please use the following link to make donations to the Pulmonary Fibrosis Foundation https://app.mobilecause.com/vf/PFFTribute/JerryPrice