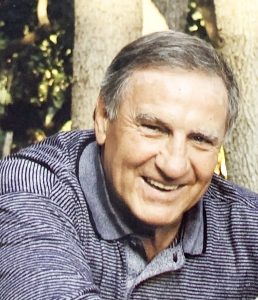 Allen was born January 12, 1941, in Bourbon County, KY, to Floyd and Ola (Hinkle) Cleaver. He attended Bourbon County Schools and earned a Bachelor of Science degree in Agriculture from the University of Kentucky. During high school, Allen excelled at running track. He was the first person to win five individual state titles in Kentucky High School track meets, including setting records in the 880 yard and the mile races. He attended the University of Kentucky on a track scholarship.

Allen served in the Air National Guard from 1968 to 1969. Allen learned to play golf during this time and loved playing golf his whole life. He spent most of his adult life in Louisville where he raised his daughters and worked in the trucking business. He eventually was an owner of Kentucky Truck Sales which he retired from in 1998.

Visitation will be held from 10 a.m. to 12 p.m., on July 24, at the Hinton-Turner Funeral Home with a short service following the visitation.

In lieu of flowers, the family requests donation be made to the Alzheimer’s Association. www.hintonturner.com